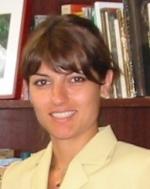 After the huge increase of public deficits during the past two years, the French government is claiming the beginning of a new era and promises to limit the budget deficit to 6 GDP points in 2011 (down from 7.7% in 2010). If this 1.7 GDP points reduction of deficit is reached, it will be the first time in 50 years that such an effort to restrict public spending ends with success. But will the government reached the target this time?

One should indeed keep in mind that public deficit increased by 4.4 GDP points in the past two years, and the public debt by more than 15%. According to the latest data, the total amount of government expenses reaches € 422.5 billion in 2010 including € 70 billion classified as “exceptional expenses” (almost half of the € 70 billion went to compensate the fall in local communities’ budgets due to the suppression of the professional tax; and we don’t see why things should be different next year). Meanwhile, the social security system’s deficit in 2010 reached € 23.1 billion.

At this point, it is easy to understand that any reform saving money will be good for the government to take. For example, until 2013, only one out of two retiring public servants will be replaced (except in the education sector). Also, the pensions’ reform, harshly contested in 2010, is expected to reduce public deficits in the following years by some 0.5 GDP points (its long term effect, however, is likely to be disappointing and a new reform will have to be made soon). Also, the government promises to keep public spending stable in nominal value in the 3 coming years, except expenses for the service of the debt and pensions. To reach that goal, an impressive panel of no less than 150 measures has been announced.

The economic crisis of 2008 has sparked a heated debate—widely echoed in the media—on the fairness of the current fiscal system. Many voices came out claiming the system is unfair and the rich should be taxed more heavily. On the other side, the government must take into account the fact that the economic recovery would be impeded if higher taxes were to be implemented. The choice went therefore to the middle way – the abolition of tax loopholes that often favor the highest incomes. Indeed, in the fiscal law 2011, there are several measures that abolish or reduce some advantages accorded to groups of taxpayers.

For the remaining tax breaks, the law introduces a 10% decrease of tax credits or tax deductions. The additional fiscal charge resulting from those measures is estimated to reach € 9.4 billion in 2011.

The rate remained unchanged but the base is increased. In France, the service of providing television signal for the final user has been traditionally benefiting from a reduced VAT rate of 5.5%. Many people, however, are now receiving their TV signal as part of a larger triple offer including the internet and telephone. Since 2007, the law stipulated that the reduced VAT rate can be applied to 50% of the composite offer. Obviously, the fiscal authorities realized that there were some gains to be realised here (near € 1.1 billion, according to the estimations). Consequently, they decided that from now on the reduced rate would apply only where television is provided to the consumer separately from other services.

In France, the quasi-totality of taxable incomes is subject to the so called “prélèvements sociaux”, which purpose is to cover the deficits of the social security system (pensions, health insurance, social aids). Interestingly this is a flat—mostly withholding—tax. Initially fixed at 1.1%, those taxes are matching today 12.3% (0.2% of increase this year), distributed as follows:

Several of the reforms in the 2011 Tax Law concern tax gains. Unfortunately for the investors and savers, the news are not exactly cheerful.

In France some capital gains are taxed with the so-called prélèvement libératoire, which is a proportional tax applied, for instance, on dividends or revenues from fixed-rate securities. Its rate will be increased from 18% to 19%. The same rate will be applied on revenues from shares’ transfer; revenues which previously were also taxed at 18%. Capital gains from real estate will be taxed at the rate of 17%, instead of 16% in the past.

To this must be added the 12.3% compulsory social contribution taxes mentioned above. Moreover, and curiously, those increases will not be taken into account by the fiscal administration when calculating the amount of taxes paid to see whether the fiscal shield must be activated. That is, if those additional imputations are toppling the total amount of taxes paid by the taxpayer over 50%, the fiscal administration will not make him benefit from the shield and will not refund the amount exceeding the 50%. Arithmetically speaking this is of course equivalent to a weakening of the shield.

In order to finance the crushing pensions system, the new tax law is repealing the 50% tax credit on distributed dividends. This measure is estimated to save some € 600 million to the State.

Another fiscal reform is expected to contribute to the (empty) social security funds with another € 180 million – the taxation of capital gains realized from the sale of securities. Previously, for each household, the first € 25 830 were exonerated (this amount is referring to the total volume of the sale, not just the gain). Starting in 2011, this will no longer be the case.

Giving in to temptation of green taxation, France put in place several fiscal tools designed to encourage some environment-respectful activities. Nevertheless, the government seems to revise this policy and several tax advantages are canceled or reduced.

For instance, the State encourages agriculture, especially when it comes to biologically clean agriculture, because of its positive effects on environment and, supposedly, on employment and because of the increasing demand for its products (which, in a way, makes the encouragement unnecessary). In the past years, the tax credit granted to those businesses was € 2 400, plus € 400 per hectare, in the limit of € 1 600. This disposal is prolonged to 2012, the amount being however reduced to € 2 000 from this year on. Also, the 50% tax credit for investment in photovoltaic is reduced to 25%.

2011 also announces the end of the scrappage premium – a benefit given to people in order to encourage them to get rid of their old vehicles and replace them with new, more environment friendly, vehicles. This means less public spending, but also less tax revenues from car industry for the near future.

Tax on the banking system

According to the logic behind the new fiscal law, the banking system crisis of 2008 revealed the importance of systemic risk and, to prevent similar situations in the future, there is a need for a new tax on banks. Of course, one can doubt the validity of this logic and wonder whether this is not just another pretext for increasing short-term tax revenues. The capital stock of the bank will represent the tax base and the rate applied is 0.25%. The basic idea is that the more the assets of the bank are risky, the more taxes it pays.

This tax is going to add to the State budget some € 500 million in 2011 and is expected to earn even more in the following years. It will come on top of the “supervision tax” introduced at the beginning of 2010, and of the “exceptional” contribution to the fund of guarantee of deposits (fonds de guaranties des dépôts) that is still alive. In 2013 those three taxes are expected to bring more than a billion euros to the State budget.

What to expect for the future?

Several possible reforms are being discussed. The first one, that would fit an ambitious strategy of tax harmonization between the French and German systems, is the abolition of the wealth tax today levied on property holdings worth more than € 790 000. A good decision for the French economy, since France is one of the last European countries to levy such a tax. Also, a decision that would save taxpayers some 3.5 € billion. The problem, of course, is that the government desperately needs revenues and this is why the minister of the economy and President Sarkozy are already speaking about a new tax which to be applied on the gains realized through the sale of the main residence.

There are also rumors that the unpopular fiscal shield will be withdrawn, which in fact is already almost done, since, as explained earlier, many of the 2011 tax increases are set with the express condition that they will not enter into the calculation of the total tax burden. It is however questionable if such a populist measure is really needed at that point. Indeed, it will save the State not more than 450 € million, while increasing the (unfortunately difficult to measure) problem of tax evasion and pushing more wealthy people outside the jurisdiction’s borders.

Putting things together, a package of “no wealth tax, no tax shield” could be interesting, especially if you add to it a return to lower marginal personal income tax rate.