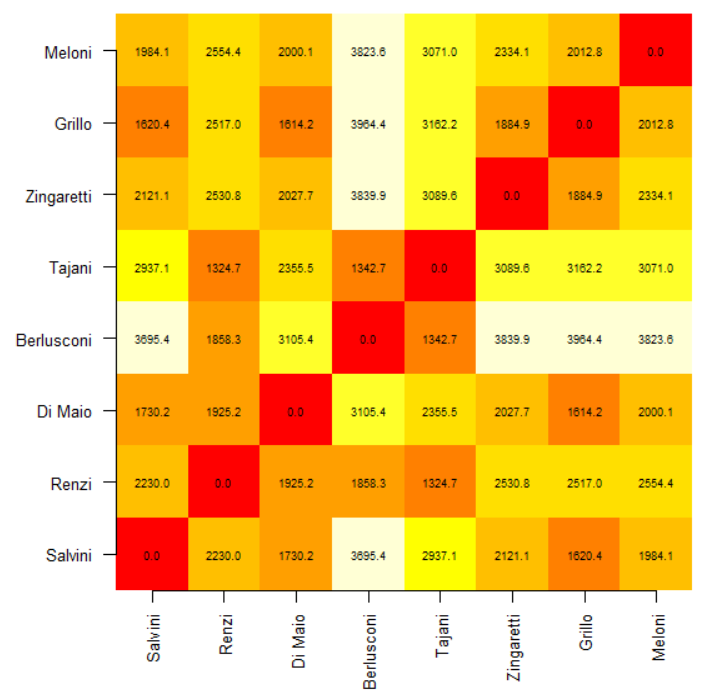 In less than 25 years, the Italian political system has experienced three watershed elections, an unmatched record among most (if not all) Western European democracies. In 1994, the entire Italian political galaxy, which had been dominated by Christian Democracy party for almost 50 years, collapsed following massive corruption scandals. That very year also witnessed the unexpected rise of a new party (Forza Italia) under the leadership of the Italian tycoon Silvio Berlusconi.

After four elections based on a bipolar competition between a centre-left and a centre-right coalition, in 2013 25% of the voters gave their blessing to a new party: the Five-Star Movement founded by comedian Beppe Grillo. Finally, in March 2018, the new tripolar reality of the Italian party system emerged: the Five-Star Movement became the first party, with more than 32% of votes. Another populist party, the League led by Matteo Salvini, became the most-voted party of the centre-right coalition. Finally, the centre-left coalition registered the collapse of former prime minister Renzi’s Democratic party.

In June 2018, a new populist government saw the light, formed by the Five-Star Movement and the League. Despite heavy flak from the media and the markets, the alliance held its ground, and Salvini surged in popularity. The League became the first party in the Italian political landscape, while the Democratic party experienced deep internal crisis.

So, what’s next for Italy? Different scenarios seem plausible: a) the current populist coalition remains in power until 2023. The League and the Five-Star Movement will then run together and possibly obtain a landslide victory; b) the Five-Star Movement allies with the Democratic party; while Salvini leads a centre-right coalition; c) other, more complex coalitions emerge.

Social media can help us shed light on this rather confused situation. In particular, we have analyzed and compared all the posts published on Twitter from March 2018 to November by the most important Italian political leaders. For the Democratic party, we have selected the accounts of Matteo Renzi and Nicola Zingaretti, possibly the future new secretary of that party; for the Five-Star Movement we have selected the accounts of the founder of the party (Beppe Grillo) and of Luigi Di Maio, the current deputy prime minister; for Forza Italia, we have opted for Silvio Berlusconi and Antonio Tajani, the present President of the European Parliament and Vice-President of Forza Italia; for the League we have selected the account of Matteo Salvini; finally, for Brothers of Italy (a minor right-wing party), we have gone for the account of its leader Giorgia Meloni.

The figure below, known as the “heat map” (left panel), shows the relative distance between the languages used across Twitter. The more political leaders use a similar language (and similar concepts), the more they are considered close to each other; the reverse applies when their language is dissimilar. The numbers reported in the heat map are a measure of this relative difference across accounts. In terms of colors, the more a color turns red, the lower is the distance across politicians; the opposite happens when a color turns white. The right panel of the figure gives a network representation of the information included in the heat map. The width of the edges connecting two vertices is inversely related to the distance between two politicians. This graph underscores the clusters arising in the analysis.

At least three interesting patterns arise: first, Matteo Salvini appears to be relatively close to both Beppe Grillo and Di Maio, more so than to Giorgia Meloni. Second, Nicola Zingaretti is far away from the former leader of the Democratic party Matteo Renzi, and rather close to the Five Starts Movement leaders (Beppe Grillo and Di Maio). Finally, Renzi, Berlusconi and Tajani appear rather close to each other.

The upshot is that future will likely feature the present populist cabinet, or a new alliance that will include the Five-Star movement and part of the Democratic party.