Governments should not be able to blame courts for their deficits 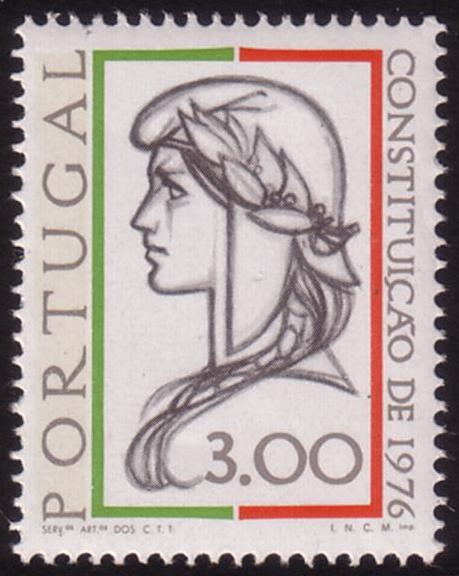 Portugal’s Constitutional court joined the ranks of those European courts that have halted crucial welfare reforms by governments. IREF reviews the evidence and concludes that fiscal policy must, for better or worse, remain the sovereign responsibility of the government held accountable at the next election. Being able to blame the courts would pave the way for governments to court misery, the opposite of what constitutions want to achieve.

Portugal became the second country, after Ireland, to emerge from its government bailout programme. In its case it lasted 3 years and was worth 78 billion euros, about 7400 Euros per person, which is roughly the government’s tax revenue for a whole year.

That, at least, were the headlines in early May. Less than a month later the headlines read that “the last tranche of bailout is at risk”. It turns out that the Portuguese government cried before it could jump and before it could actually receive the last payment from the joint EU-IMF operation. All along the government was assuming it would be successful in achieving its fiscal targets, cutting down last year’s deficit from 4.9% of GDP to 4% this year and even more miraculously to 2.5% next year. To do this, the government needed to save at least 1 billion euros this year, through a combination of increased taxes and reduced salaries and pensions to government employees.

Now the government will not be allowed to save at least 70% of this billion as the Portuguese Supreme court struck down the 500 million cut in salaries and 200 billion cut in pensions. (The cuts were nothing drastic for those involved, the vast majority of salary cuts were well under 10%.) As a result, the last €2.6 billion EU-IMF is put on hold.

Paying 26 euros in order to get 7 seems a terrible rate of return even by government standards. The Supreme court seems to have taken at least some mathematics into consideration and the decision was not simply ”principled”, come what may, as indicated by the court’s president’s justification of increasing the salaries and pensions only from June onwards. If the court was indeed calculating, perhaps it could have assumed, perhaps even rationally, that after an initial hard talk of not delivering the tranche, the money would eventually, after renegotiations, still muddle through somehow, as they often do.

Whether or not they do, it is yet another confirmation that the game is not between the governments and their lenders. There is now a third player, Constitutional courts. And not just in Portugal.

Just because a constitution says that the state should be providing something, it does not mean that the whole cost should be borne by the tax-payer..

But just like in Portugal, constitutional courts play a crucial role in specifying what and how must be provided. In doing so, they completely negate the myth that a democratically elected government is in charge of its fiscal policy.

Around the millennium, for example, the Czech constitutional court set itself apart from most other countries by specifying that the constitutional health care provision means that health care must be free to the user, and therefor paid essentially out of general taxation since any variation of even insurance rates by health status would violate the free delivery.

In another fiscal case some four years ago, the constitutional court even forced the government to pay bigger state pensions to rich people, effectively halting the government’s budding pension reform which tried to encourage those who could afford it to save for their own pensions. (Needless to say, Czech state pensions are not just for state employees but for everyone and they constitute well over 90% of retirement income for everyone.)

In 1995 the Hungarian government was trying to solve two problems with one stroke when its proposed welfare reform was supposed to make its spending more efficient and cut down it exploding debt. The constitutional court struck down the reform for violating the generous positive rights provided for in the constitution (at least in the court’s interpretation).

The European courts’ activism in fiscal matters seems to be by design, not by accident. With a possible exception of Estonia they are very different from the US Supreme Court which would generally not meddle with US fiscal policy – provided it is clearly specified and adheres to rule of law and equal treatment.

An interesting case is the role of the German constitutional court. It gets involved in fiscal austerity measures, but unlike in Portugal and elsewhere, it acts to support and not counteract the government’s right to set its own fiscal policy.

The German court is not interested in whether the government is paying someone enough, but whether the government has the right to give up some of its fiscal sovereignty in favour of other trans-national institutions such as the European Central Bank. In its February ruling, for example, it found the ECB’s Outright Monetary Transactions unconstitutional because it is mixing monetary and fiscal policies. In so doing it is not encroaching but upholding the sovereignty of (German) fiscal policy.

Fiscal policy is a very powerful tool in the hands of government. Governments must adhere to rule of law, but constitutions and their courts should not prescribe the parameters of fiscal policy. That is for the electorate to decide.

If the crucial accountability to voters is broken, governments in the future will just blame others for forcing them, and there will be lots and lots of fiscal mismanagement. It’s not worth it.

If the courts want to help, let them specify what should NOT be included in fiscal policies. Governments are generally good at including new things under their fiscal umbrellas. It is with removing them that they need help.