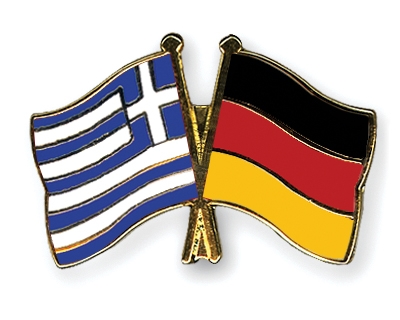 Two recent stories from Greece reveal very different treatments of Germans paying taxes in Greece – depending on whether they are people or corporations.

The first story is the Greek tax experience of the long-standing (1993-2014) former mayor of Munich Christian Ude. The German current affairs magazine Focus [describes in German] his tax travails after he had bought a house on the Greek island of Mykonos some twenty years ago.

The islanders immediately made him an honorary citizen. As a law-abiding person, Ude tried to pay the local property tax imposed by the Greek tax code. However, the tax authorities insisted that as an honorary citizen he should not feel bothered by such undignified matters as taxes. He tried to argue that the honorary citizen papers did not mention anything about tax exemption. The local tax authorities conceded defeat legally, but tried to persist morally, arguing that “as a foreigner he should not offend them (sic) by paying taxes”. In the evenings in a local taverna, officials kept trying to persuade him not to introduce strange customs into their local community and destroy the spirit of the island.

Ude now reports he was “shocked”. In the end he had to hire a lawyer who calculated the tax due and forced the payment into the town-hall account. He now feels some islanders consider him medically insane.

When Greeks DO want Germans to pay taxes

The Munich mayor story is in stark contrast with the story from late 2014, which now gets repeated in wake of the latest “Greek deal” (considered in Greece to be of German making). The German company Hochtief is allegedly Greece’s largest tax evader – or avoider, depending on which report you read – with somewhere between €500 million and 1 billion owed to the Greek state in back taxes. Is it?

When companies use legal means to avoid their tax bill, they are not committing a crime. A company would actually have to break a law to earn the label “tax evader”. Closer scrutiny reveals, however, that in this case it was the Greek government who signed the “no tax” provision.

The 2004 Athens Olympics were a good excuse to build a brand new airport, near the new Olympic park. It is government owned (55%), but since it was much bigger than the government could afford, private companies were incentivised into co-ownership from the start. Since financial returns were risky (and the airport is now indeed resembling a white elephant), the German minority owner (40%) was promised that it would only have to start paying taxes after it has recouped its costs. Legal dispute over which taxes could be postponed or not has been continuing in courts for the last 20 years (basically from the beginning of construction), and international arbitration in London came to a different conclusion than a Greek court that media are now referring to.

Governments are bad at doing business

Such lengthy battle proves that this is not a case of a company evading, hoping not to be discovered. The problem is that the two parties – the government and a private business – signed a badly written contract, following which each of the two parties involved thought it was agreeing to something else.

This can, of course, happen also with contracts between two private parties. However, it was the government that initiated the project whose excessive size made its viability very risky.

Since 2007, much has been written about “privatising profits and socialising costs”. In the case of the new Athens airport, the opposite seems to be happening. The risk of an underperforming airport has materialised and the government now wants the private business to bear a greater share of the associated costs.

What the two stories say about Greek attitude to taxes

What lesson can we draw?

In times of distress, people look for scapegoats. In 2007, it was American bankers. During current government-debt crisis, it is “companies who do not pay their fair share”.

It is difficult to say whether Greeks suffer more than usual from the myth that “companies, not people should pay taxes”, as demonstrated by the two stories above. What is evident, however, is that this view is being increasingly echoed in the European Commission which uses the “fair share” rhetoric in increasingly many tax-related statements.