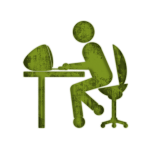 The French government recently announced the creation of 100 000 green jobs over the next three years. The goal is of course to stem rising unemployment. However, the tangible results of creating green jobs in several countries, as well as the real costs of these jobs, should have given food for thought before taking action.

In France, an IREF study (“Les mythes des emplois verts”) published in early 2011 showed that the term is ambiguous and calculated the real cost of a green job, based on official reports. The definition of green jobs is rather vague, although there is an official handbook on green growth (“Focus on 50 professions for green growth”). Among these, most already exist (gardeners, sewermen, cleaners, geologists …). Others seem to come straight out of a vaudeville: nature discovery guide, eco-museum guide, eco-interpreter, nature guide…

According to a study published by the German institute RWI Essen, green jobs are subsidized to the tune of 175 000 to 244 000 per job.

In Italy, the Istituto Bruno Leoni has done a similar estimate, showing that a single green job would cost the Italian taxpayer between 566 000 and 1,26 million euros per year. The authors based their estimate on the number of green jobs planned for 2020 (50 000-112 000, and the public spending earmarked for these: some 6 billion euros per year. As a comparison, an industry job in Italy costs on average 112 000 euros per year.

In the United States, president Obama launched in 2009 a 10 billion dollar program for green jobs in the American industry. In March 2012, the US administration announced that approximately 100 000 jobs had been created thanks to the program. Which means that each job cost 100 000 dollars. But a survey done by the Wall Street Journal found that in fact only 50 000 jobs had been created, and that many companies benefitting from green subsidies had either folded or downsized radically in the past two years.

The problem is that ever since the government launched its Grenelle consultations and until 2011, a green job in France cost almost 400 000 euros per year, compared to

“If we replaced trucks with wheelbarrows, we would need 2, 500 times more labour to carry out the same work …” wrote Alfred Sauvy in 1976 (L’économie du diable. Chômage et inflation.)

The green jobs are a very convenient illusion, advocated by the green lobby in order to sneak in increased regulation, higher energy prices and new taxes. The current programs should be stopped, public spending be reduced to focus instead on reducing taxes and payroll taxes to stimulate market innovation. This is the only way to create future jobs and reduce unemployment.

(A French version of this oped was published by the business daily Les Echos on 11 December 2012.)