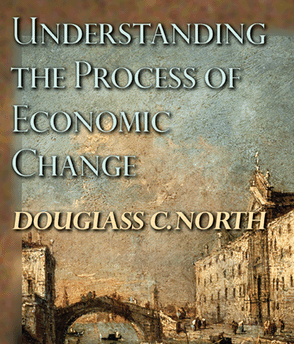 The Nobel-Laureate Douglass North passed away at the end of November. Though he didn’t specialise in fiscal questions, his analysis of institutions in early modern Europe reveals that actual fiscal choices about how to finance an army help to determine the fortunes and falls of European powers. The lesson for today is clear – fiscal size may be important, but it is equally important to consider how it is raised.

Douglass North, the 1993 Nobel economist, died at the end of November at a venerable age of 95. He devoted himself to exploring one of the greatest mysteries of economics: what makes some countries richer and others poorer. His answer? Natural riches are secondary, ultimately what matters is the quality of human institutions. Per se it is not necessarily a novel idea, but North painstakingly illustrated this point on plethora of historical developments.

In his analysis of late mediaeval and early modern Europe, North traces out how “better” institutions developed in the Netherlands and the UK (compared to “worse” institutions in France and Spain, the early but short-lived “success stories”) and how they eventually resulted in the UK being the birthplace of “industry” through the Industrial Revolution. The difference in institutions is very much created, according to North, to differences in national fiscal policies.

Big jump in fiscal spending in the 1400s

Fiscal spending (and thus also taxes) had been relatively low in the mediaeval period. In Europe there were no centralised states and kings ruled mostly through lower lords rather than directly. Currency was scarce (especially small change) and so most taxes were in kind. Some have argued that peasants were actually highly taxed through serf labour, but North shows in “Structure and Change in Economic History” that serfdom is mostly an in-kind rent for land and payment for local public goods.

Crucially, there were no standing armies in the Middle Ages. When the King wanted to (or had to) fight, he paid for the campaign ad hoc. However, the arrival of gunpowder from China brought a change in warfare technology. Armies became a much more expensive tool for the King for at least two reasons:

1) Price and maintenance of capital has become more expensive (canons and guns do not have peacetime use so are costlier than horses they replaced), and
2) many more soldiers were necessary (firearms offer the advantage of a distance, but were very slow and imprecise, thus many more shooters were needed to halt an oncoming enemy).

The first standing armies (of professional specialised soldiers, not just conscripts) are born at this time. The French Compagnies d’ordonnance was first such (1439), and a new tax (taille) was instituted. (Quite tellingly, taille had existed occasionally for specific ad hoc purposes, but in 1439 it was made permanent, together with the army.)

1) Once they existed, the costs of military campaigns paradoxically went down: permanent soldiers need to be paid in peace as well as in war, so war does not mean that much extra costs. As a result, European warfare intensity picks up quickly.
2) Armies become a permanent item of fiscal spending for the first time. Hence, new and equally “permanent” sources of fiscal revenue needed to be found.

Fiscal choice how to pay for armies is key

After exhausting apparent tax possibilities, early modern European rulers had several possibilities of raising fiscal income to pay for the new armies. Douglass North argued that this fiscal choice determined hugely the sustainability of any economic growth on the way towards industrialisation centuries later. What were these choices?

1) Confiscation. The obvious problem is that it is not sustainable, though regular pogroms on ghettos suggest that some rulers thought so.

2) Borrowing (especially from banks in Florence). In Spain, for example, this contributed to state bankruptcies and repudiation of debt in 1557, 1575, 1596, 1607, 1627 and 1647. To be able to borrow between these years, the Spanish ruler had to pay interest rates unimaginably high for the time.

3) Selling property rights. As long as this remained on the level of selling (privatising) King’s castles now made obsolete by the cannonball, all was well. State resources migrated to private hands that valued them more. However, once rulers ran out of castles, they started to create saleable property rights out of thin air, even where none existed before. Suddenly one had to have a right to sell textiles, mill flour or brew beer, and pay the ruler for the privilege. In return, the ruler enforced such purchased right by preventing others from competing with the right holders. In early modern France especially, almost any monopoly right could be bought (and/or periodically renewed).

All three, shows North, may offer a short-term boost to the budget, but they hurt longer-run economic prospects.

The fiscal “special cases” of the Netherlands and Britain

After the rises and falls of Spain and France, the Dutch and then the Brits take over as economically dominant powerhouses. North acknowledges many other explanations for this, but his fiscal story remains an important factor. The Dutch were too small to raise a decent army (although they did manage to “rule the waves” before Britannia with the help of some pioneering ship design) so by and large they opted for more diplomacy (and bribes). And the British could make the sea do much of defensive work of an army. Therefore even if the British “wanted to” opt for bad methods of raising revenue, with smaller and cheaper army (whose ships had peacetime alternative use) the damage was smaller.

As a consequence of all this, when the British pass their own “Statute of Monopolies” in 1623, the law does not talk about monopoly rights to ordinary trade, as on the continent, but about intellectual property rights (patents). Economists to this day argue about the merits of intellectual property rights, but the clear advantage of monopolies’ regulation in early modern Britain is that unlike on the continent it doesn’t dabble excessively in production of ordinary, non-novelty goods.

The modern equivalents of Douglass North’s story are obvious. How governments choose to raise revenue still matters because the very choice creates some institutions. Current popular revolt against perfectly legal tax optimisation of both individuals and companies is a case in point. The contemporary popular expectation that someone (the rich) will pay taxes “voluntarily” because it is seen as “fair” is becoming more and more ingrained in the public rhetoric and there is a great risk that such opinion will become “institutionalised”. When that happens, governments will find it ever easier to increase taxes further.

Douglass North may have passed away, but his insights are not “mediaeval” at all.