Individual Rights and the Fight Against “Tax Evasion” 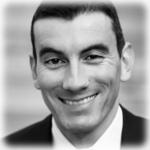 The emergence of a global government cartel without any restrictions to tax and spend their citizens’ wealth would lead to a world that is less free and less prosperous. The financial and economic crisis that unfolded from 2008 has led many governments to intensify their efforts against what has been dubbed “tax evasion”, i.e., the protection of wealth or capital outside a citizen’s or a firm’s home country.

Although initiatives against “harmful tax competition” designed to limit the role of taxation in capital flows have emerged early as a byproduct of globalization (as uncompetitive governments have sought to reduce jurisdictional competition to protect their tax base), the crisis has led to an unprecedented resolve to recover funds that governments view as theirs.

In light of the latest policy developments in Europe and elsewhere, this paper reevaluates the economic impact of public spending, the role of tax competition, and assesses the moral case for a strong protection of financial privacy and individual property rights for human dignity and freedom. It finally examines the standing of Switzerland as the world’s largest offshore center for private wealth management and the future of its famed banking secrecy legislation under international pressure — will it soon be a mere fiction for James Bond movies?

You can read this paper here.

French unions live the good life. For how long?