Russia’s President Putin conducts a bloody war in Ukraine. The German government struggles to impose sanctions that could endanger Russian gas supplies. The Wirtschaftswoche headlines: “Putin has Germany under control like the dealer has the junkie .” But how significant is German dependence?

Gas imports from Russia: Germany is not a special case

In 2020, imports from Russia accounted for more than half of all German gas imports. Around a third of the imported natural gas comes from Norway, while a further 12 percent is imported from the Netherlands. Germany has hardly any significant production of its own. 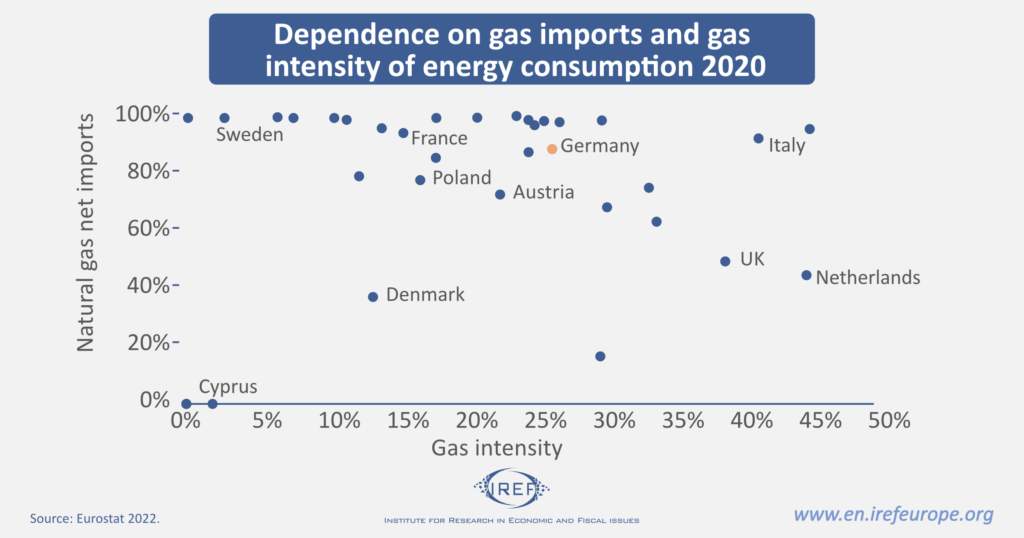 A look at the situation in other EU countries, however, raises doubts as to whether Germany really presents exceptional case that justifies a special approach to dealing with Russia. Other European countries are also highly dependent on gas imports and use gas to a relatively high degree in their energy mix. Austria is in a similar position as Germany. Italy also relies on gas imports for about 90% of its gas consumption, but gas plays an even greater role in its energy consumption.

Gas are reserves low but not empty

Russia has already restricted gas supplies in recent months. This is also reflected in the relatively low stock levels in Europe. At the beginning of January 2022, gas reserves in Europe fell below 50 percent, well below the levels of previous years. For example, at the turn of 2020/21, storage levels were still above 70 percent. The lowest level of 15 to 25 percent of storage capacity is usually reached toward the end of winter in March/April. In other words, it would probably not be possible to maintain supply until the end of the winter without further gas imports. 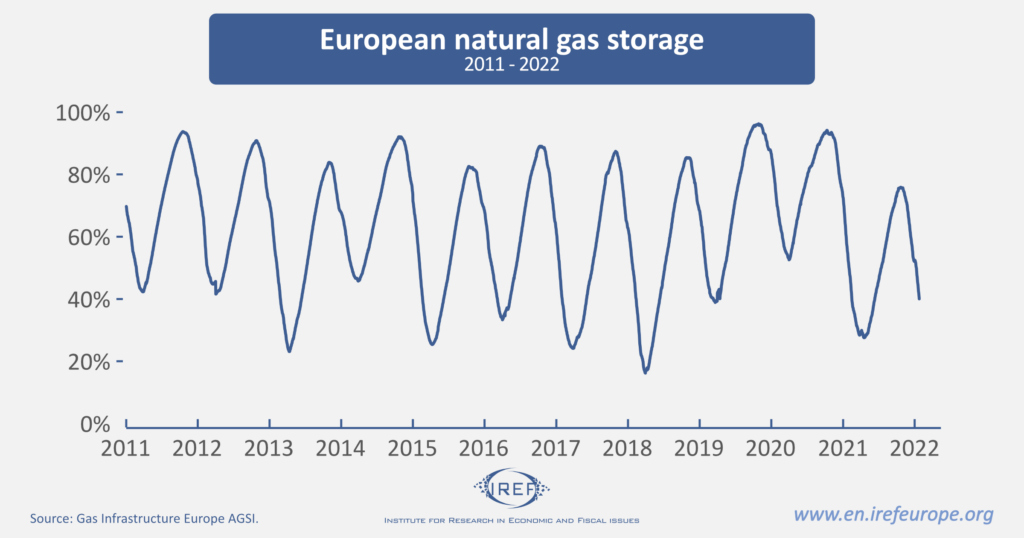 Among other factors, reduced Russian gas supplies and relatively low inventories have caused gas prices to rise sharply in recent weeks. The price increase has not been without consequences. While in the past it was pipelined were the obvious way of importing gas, at today’s prices it is also attractive to import liquefied natural gas (LNG) to Europe by ship. As satellite data show, LNG tankers have brought to Europe substantial quantities of American liquefied gas across the Atlantic. 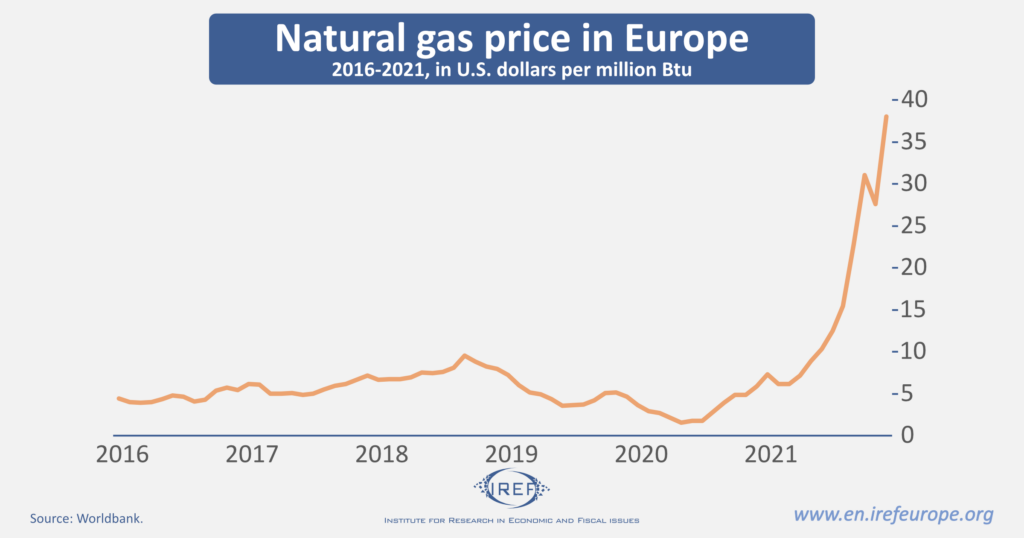 Former U.S. President Trump promoted American “Freedomgas” when he was in office. The irony of the story: It is not Trump or his successor Biden who are making American gas a big seller in Europe, but the increased natural gas prices caused by the Russian president’s bloody war.

Liquefied gas can only be unloaded at special terminals. In addition, it must be converted back to its original physical condition in special facilities before it can be injected into the gas network. However, Germany does not have a single LNG terminal. Although there have been plans to build a total of four terminals, the German bureaucracy has so far successfully thwarted the projects. Environmental lobby groups are also critical of these projects, and underscore that terminals in other EU countries could help supply Germany. A study by the DIW comes to a similar conclusion: indeed, the low capacity utilization of the existing LNG terminals suggests that considerable additional volumes can be imported. After all, dozens of LNG tankers would hardly set off for Europe if appropriate loading at the ports were not guaranteed. In particular, there are large facilities in the Netherlands and Belgium, and further on the Mediterranean coast. Even small Lithuania has an LNG terminal: it has become less dependent on Russian natural gas supplies and has been able to negotiate much more attractive conditions with its Russian contractual partners.

The good news is that the European gas network has been extensively renewed in recent years. In the past, the gas network was designed primarily for east-west transport: Russian gas found its way to Western European consumers. In recent years, however, large parts of the gas network have been made “reverse-flow”. They can serve more suppliers and consumers, and increase energy security.

Russian gas is not without alternatives

In the short and the long term, we can meet the demand for natural gas without Russian imports. It is literally a question of how much European consumers are willing pay. Contrary to the wrong claims of some German politicians, the import of Russian gas is not without alternative. German Economics Minister Habeck is currently touring the Gulf region with a trade delegation to secure liquefied natural gas for Germany. The German minister also discussed supplies with Qatar, the world’s largest LNG producer.

Should Russia actually stop its gas supplies, the costs would be high in the short term, but we would not be left in the cold and the dark, thanks to a liberalized EU single market for gas and flexible international markets.