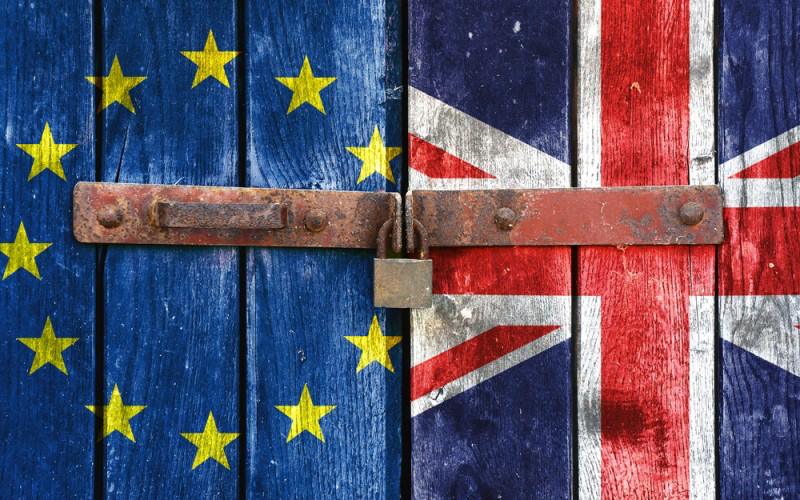 There are plenty of reasons to panic about the level of UK government deficits and debt. But Brexit, even if it actually came, is not one of them. We review the relationship between a UK-sans-EU and public finance.

As the general election draws near in the UK, it is clear that the two biggest questions are the fate of UK national debt and UK national participation in the EU. The two issues may seem relatively independent, but some pundits have joined them together. Most recently Moody’s, an agency charged with estimating (among other things) the probability of any government defaulting on their loans, warned that any increased likelihood of the UK leaving the EU would pose a threat to sustainability of its public finances.

Like many other pundits, it does not specify why and how exactly this should be the case. It merely ominously mentions that growth prospects (and hence the ability to repay debts) will be endangered since “EU accounts for 50% of the UK’s goods and 36% of its services and exports”. Implicitly it suggests that these shares would go down, and with them also overall production.

However often such “loss of markets” argument is employed in the media, it is still wrong.

• UK is net importer. Even IF leaving the EU meant cessation of trade (it doesn’t, see below), the UK is in a strong position to “withstand” such hypothetical shock. Growth may be endangered if significant export markets are lost. UK is not, however, a net exporter to the rest of the EU. In fact, as the chart illustrates, it is the second largest net importer from it. Therefore, the danger of lost markets – even if it were valid – would not really apply to the UK. 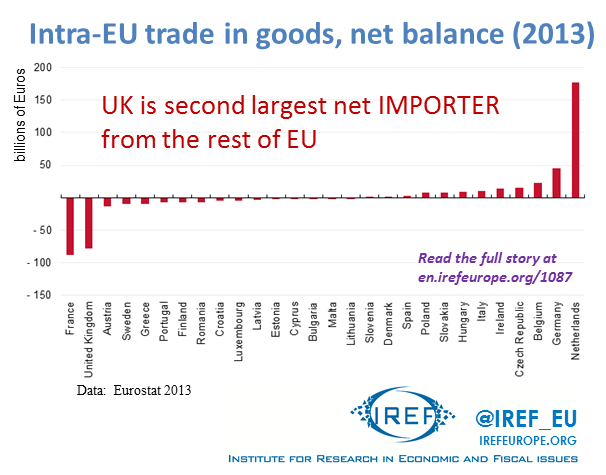 • Market access will be undiminished. Leaving the EU does not mean closing of borders. Even if UK had to pay some duties, they are relatively low today. But it won’t come to that. The single market (with no duties) covers today not only EU members, but many other countries – EFTA countries, affiliated countries, etc. It is unthinkable that EU would be able to afford to impose import restrictions on an outside UK – UK is too valuable a trading partner. (Read the above chart in reverse: EU exports to the UK much more than it imports from it.) Besides, any restrictions would probably have to be tested at WTO.

• Greater variety of products. EU cannot protect its market easily by tariffs, so it opts for non-tariff barriers. Chief among them are various stipulations about how exactly EU-produced products must look like. This adds to the costs of production. Increased freedom to sell abroad would actually be good for UK business.

• Net fiscal benefit. Moody’s only considers the effect of growth on fiscal sustainability. What they are forgetting is that the UK is EU’s third or fourth largest net contributor. Fiscally, EU membership cost the UK government 4 billion Euros in most recent years, with a substantial jump this year as the contributions were recalculated. It is still less than 10% of the annual UK deficit, but purely fiscally, it would help.

These 4 reasons do not say whether or not the UK should leave the EU. They merely say that it is wrong to panic about an exit’s effect on public finances. There remain plenty of other reasons to panic about them. 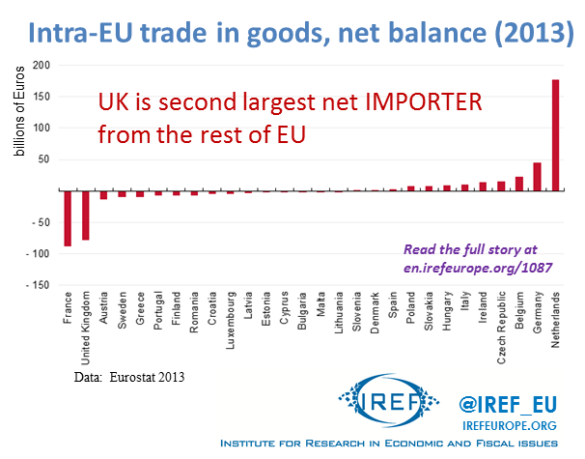