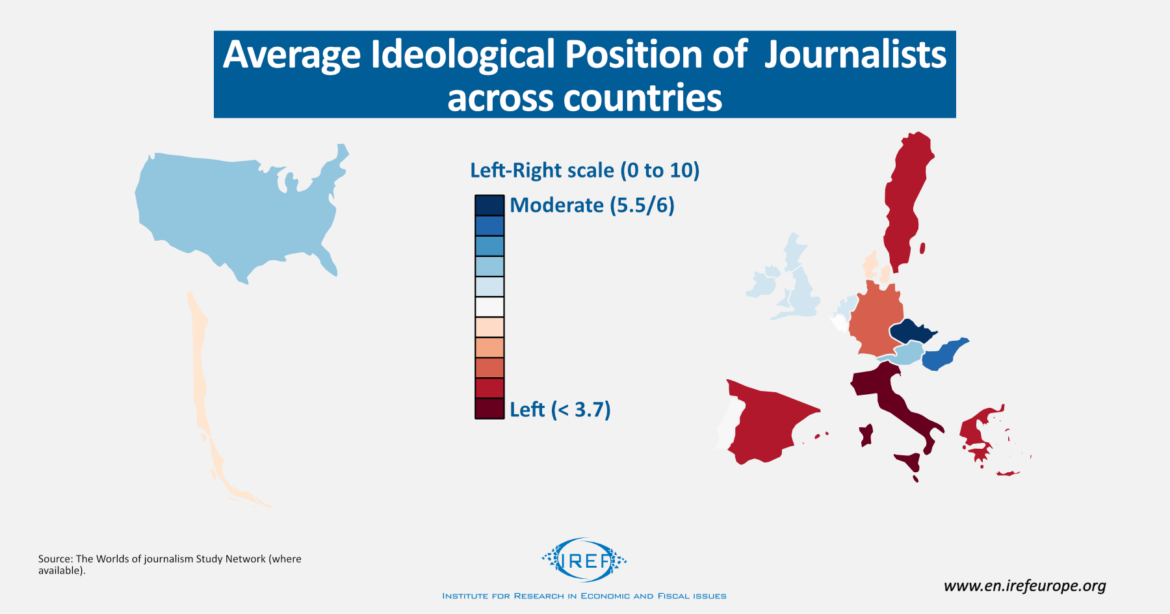 Over the years, we have witnessed a general decline in the level of trust in the news as recorded by the general public. For example, according to the latest Reuters Institute Digital News Report, the average level of trust in the news is down 2 percentage points to 42%, with peaks such as -11 in France or -6 in The Netherlands. The literature suggests several factors which could explain such decline. Citizens perceive a drop in the quality of journalism, resent the rise in commercialization, react to the abundance of information after the internet revolution. Populism with its fake-news mantra has also played a role. Moreover, any event or situation that raises doubts about impartiality can affect trust.

For example, take Country A where a majority of citizens has moderate political views. And suppose that in this very country the majority of journalists features a rather liberal (left-wing) orientation. Of course, this would not be a problem per se: journalists could have any ideological viewpoint and still produce unbiased articles. However, let’s further assume that (at least some) journalists, rather than delivering balanced and fair reporting when writing their newspapers articles (or posting on social media and/or attending talk shows, for what it matters), make no bones about their ideological orientation, and are no longer perceived as neutral arbiter of political communication. We posit that sooner or later the majority of citizens in Country A will start questioning the reliability of the newspaper articles.

Are the data supporting this story? In the first Figure we report the average position of the journalists on a left-to-right ideological scale ranging between 0 (extreme left) and 10 (extreme right) across different established democracies as it results from latest available survey published by The Worlds of Journalism Study Network. Overall, the average position of journalists is firmly placed on the centre-left side of the ideological spectrum (4.5), with countries such as Spain, Sweden and especially Italy presenting a position further to the left. 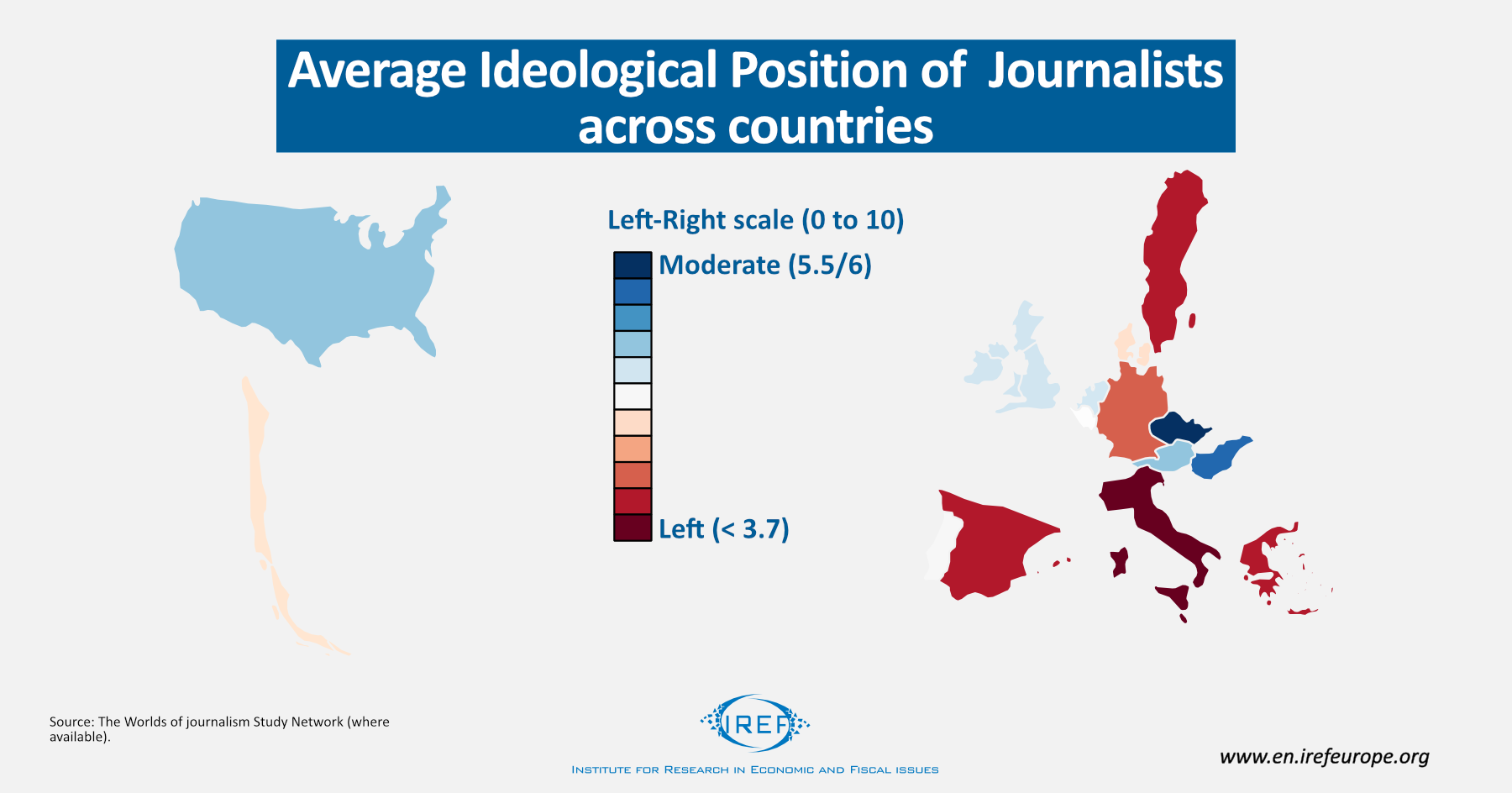 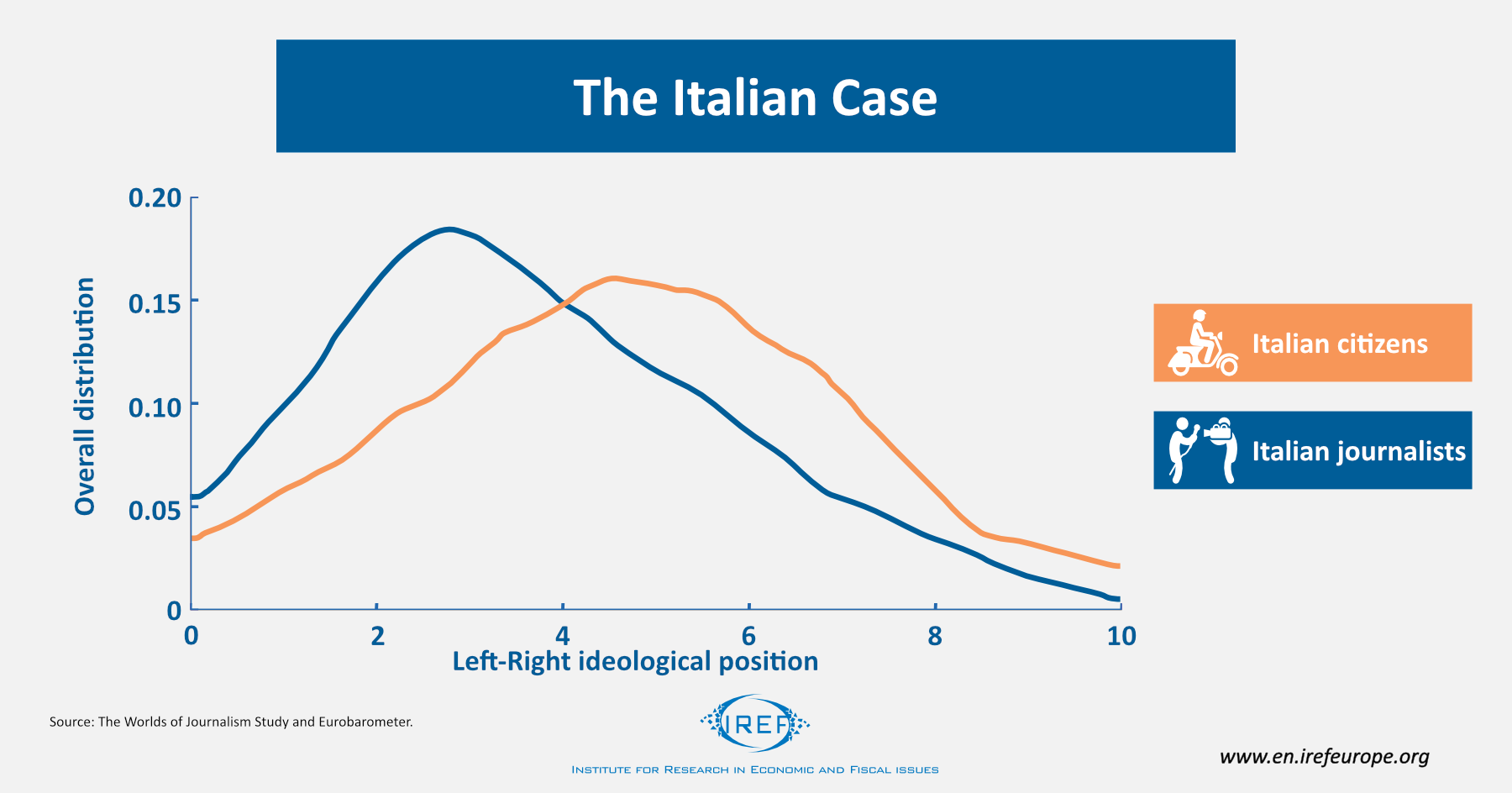 Certainly, the Italian data do not necessarily apply to other countries. Accordingly, for each of the country reported in Figure 1, we have built a variable that we called Ideological Proximity that measures the absolute distance between the average ideological position of journalists and that of the population (we have then squared such value for mathematical convenience). This value ranges between 0 (when the two positions are the same) and a relative large negative number (when the two positions are significantly different from each other).

In the last Figure, we have then plotted the relationship between this variable and the average level of trust in the news across the set of countries in our database. The results are pretty robust, and show a positive correlation between the two variables: the higher Ideological Proximity, the higher is the expected level of trust in the news in a given country (and vice-versa). For example, in the Czech case, trust in the news is around 33% (implying than just 1 citizen out of 3 in the Czech Republic actually trust the news), while the relative large negative value for Ideological Proximity certifies a situation in which the ideological distance between the average journalist position and the average citizen position in that country is pretty large. The opposite happens in Germany, where the trust in the news is almost 50%, and where the ideological distance between journalists and citizens is relatively low. 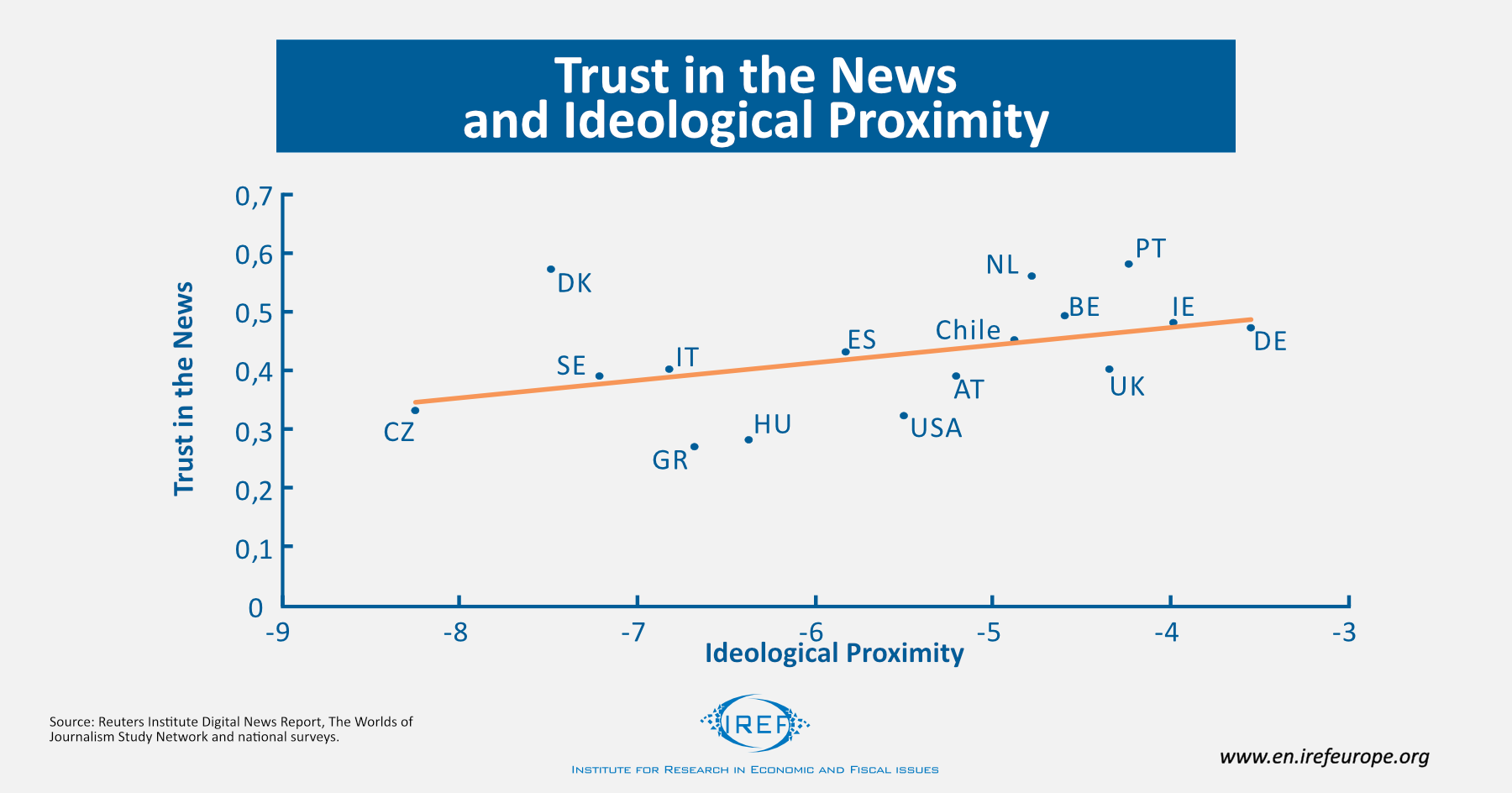 This result is also coherent with what found recently in the US: those who self-identify on the left of the political spectrum tend to trust the news much more than those with right-wing political views. According to our story, that would happen because people on the left present a higher level of Ideological Proximity with the average US journalist, while the opposite happens with people on the right.

So, are politicians critical of the news and the media right about the fake-news mantra? Probably. However, these results show that those who produce and comment the news had better pay greater attention not to be perceived as biased. Fighting against the “fake-news” phenomenon is all right. But it might not be enough to win back people’s trust. 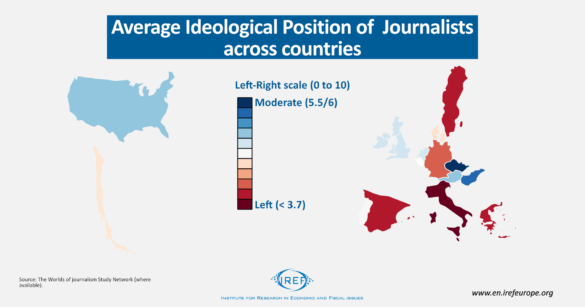 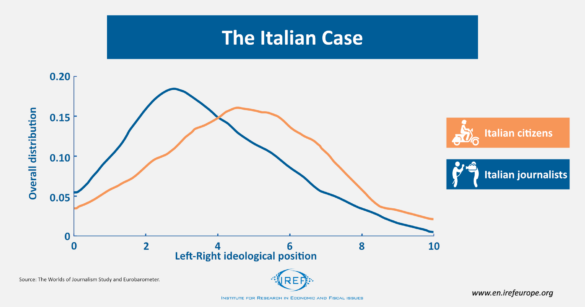 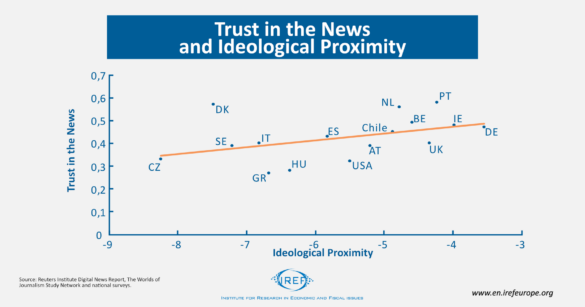