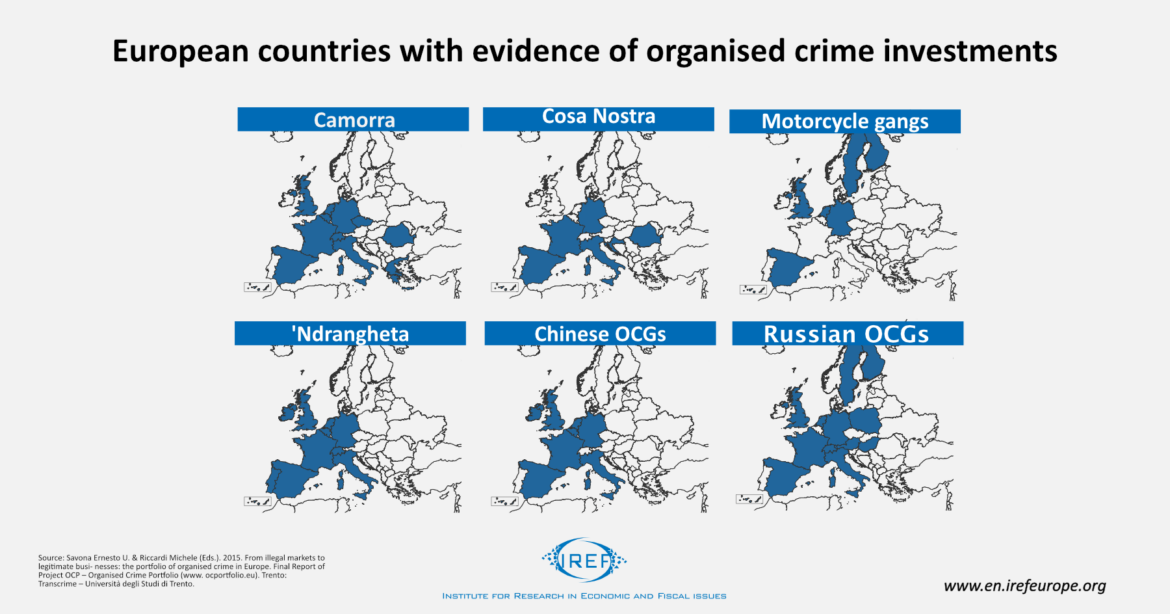 Many people share the opinion that Mafia is a typical Italian phenomenon, something about which only Italians should worry. This opinion is wrong. Data recently released by Europol show that thousands of criminal organizations active in Europe can be labelled as of mafia-type, with about 70% of them operating in more than one country.

In many European regions there is indeed evidence of a medium-to-high share of organized crime investments over the total. 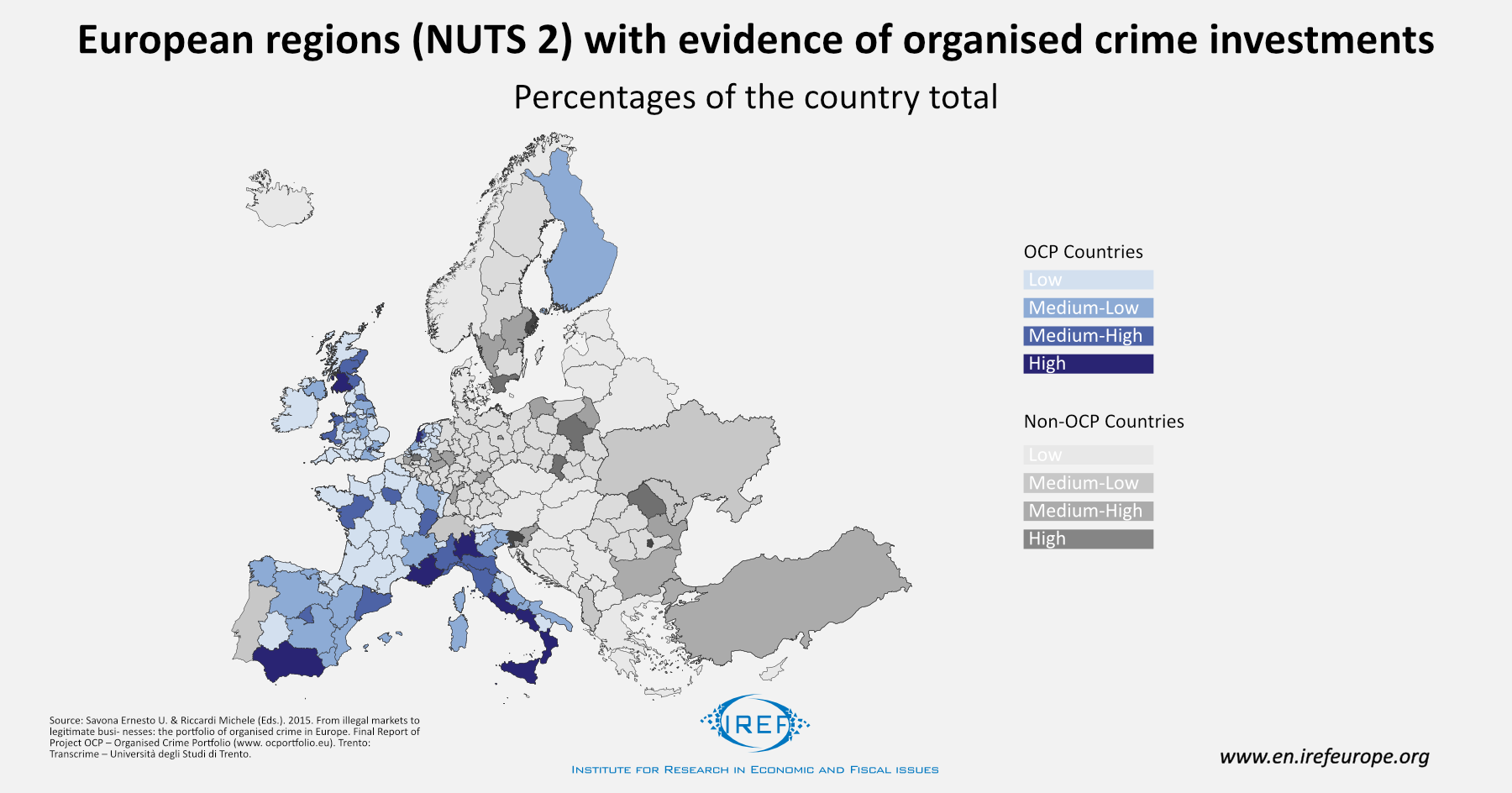 Clearly, investments by organised crime are generally more intense in areas where the activity of criminal groups in illicit markets is more penetrating, where the capacity of the criminal organizations to condition the political processes and to distort the market mechanisms runs deeper, or where business opportunities are greater. However, there is no doubt that no region in Europe is immune from this plague, not even regions where institutions are traditionally strong.

One of the reasons why public opinion fails to perceive the danger is the fact that violence is kept at the minimum. There is nothing comparable in Europe with what is going on in Mexico or Colombia, where thousands of people are killed every year in the attempt to control drug trafficking (15,887 victims in Mexico in 2018). There is also nothing comparable with what was happening in Italy some years ago, when the war between the camorra clans (something well described in the international bestseller Gomorrah) produced hundreds of (sometimes innocent) victims.

Although Mafia in Europe does not kill, there are many reasons to be worried. In particular, investigators emphasise the negative effects of its presence on the economy, the market, and competition.

Where does mafia come from? Why does it persist?

According to Europol, the power of mafias originates from their controlling and exploiting communities. Concepts such as family, power, respect and territory are of fundamental importance to understand the functioning of these organizations, which end up manipulating elections and interfering with the market mechanisms.

According to a line of research originating in Sicily in XIX century, mafias would emerge out of the power vacuum created by the absence of state enforcement. Mafias would therefore simply provide private protection to those who need it. Put differently, they would operate as private agencies whose services were/are required to enforce property rights and contracts. This conception is still prevalent among scholars and echoed by the resource curse hypothesis, according to which resource abundance would raise the demand for private protection services offered by organized armed groups, which may eventually challenge the state’s monopoly of violence.

We do not deny the importance of private protection to explain the historical emergence of Mafia. Yet, there are reasons to argue that such a motivation is not capable to provide a comprehensive account of the role played by Mafia-type organizations in recent times, and of their persistence.

First, it is not clear why mafias should still be in charge of providing protection given that there exists an organization – the modern state – which is able to provide such a good more efficiently. Second, the existence of a clear negative relationship between the presence of mafias across areas and economic development suggests that economic growth would ultimately reduce the role of organised crime. Regrettably, this is not what the data show.

A matter of redistribution?

If the situation evolves in contrast with expectations, this is probably due to the extraordinary capacity that mafias have to adapt to the environment. The demand side no longer asks for protection, and mafia adjusts. In particular, mafia is now responding to the demand for income/wealth redistribution. A large body of evidence originating from the judicial authorities (inquiries and rulings) supports this view. The process feeds itself. As organised crime disrupts competition and redistributes resources from productive to unproductive activities, the economy deteriorates. As a result, people ask for more redistribution, which raises the demand for criminal activities.

The misallocation of resources feeding this type of redistribution is at the core of the inefficiencies exploited and further enlarged by mafias, and also explains the widespread consent enjoyed by these organizations in environments characterised by reduced opportunities.

Cosa Nostra, Camorra and ‘Ndrangheta are not the only mafias in Europe. Chinese and Russian networks are also present. Money laundering and large-scale drug trafficking are the main activities of these groups, although they do not shy away from counterfeiting goods and trafficking in toxic wastes. In fact, all aspects of the production and consumption of goods and services are characterised by the presence of organised crime, as witnessed by the huge profits made by mafias through drug dealing, and re-invested in the economy. Free competition and the market are in peril. 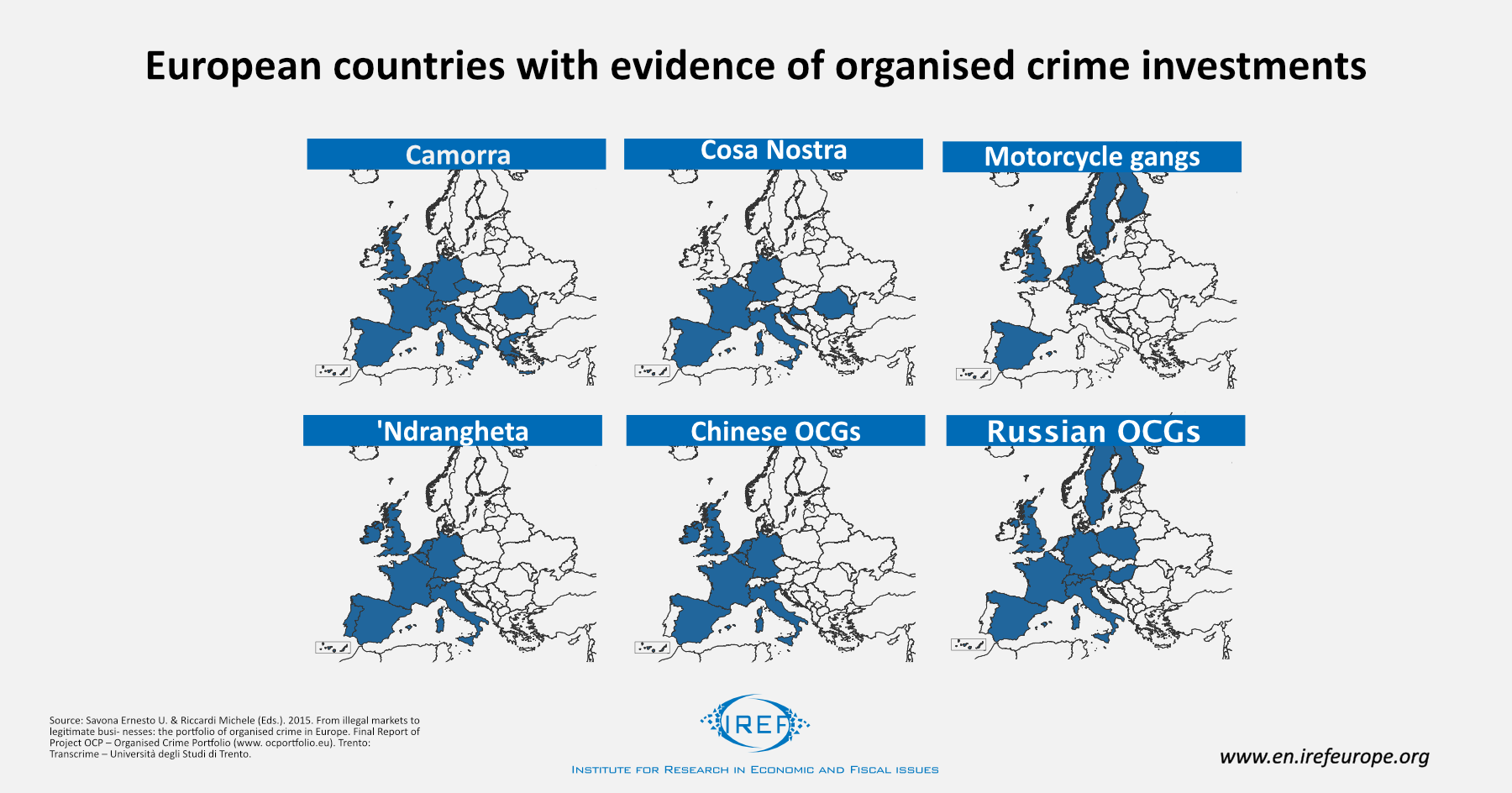 As a result of a (sadly) long experience, Italians were the first to understand that the confiscation of assets owned by criminal organizations is the only way to fight mafias effectively. Indeed, Pio La Torre, the political leader who worked particularly hard to introduce in the Italian legislation this possibility, was killed by the Mafia. The issue of confiscation has now become a strategic priority of the EU Internal Security Strategy. Much needs to be done, however, to eliminate loopholes in the legislations. Confiscation of criminal proceeds and assets is not only an effective way to protect the legal economy. It is the only useful tool to prevent mafias from using assets to redistribute resources in low opportunity environments, and thus acquire social consent. 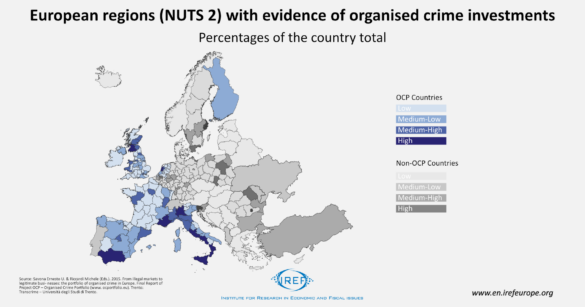 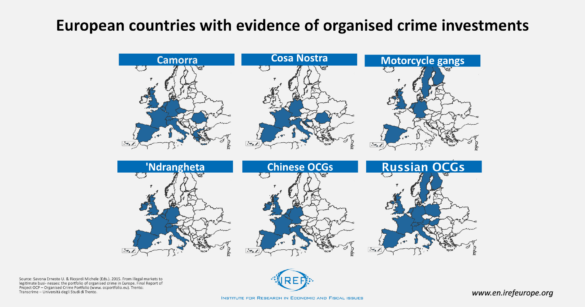