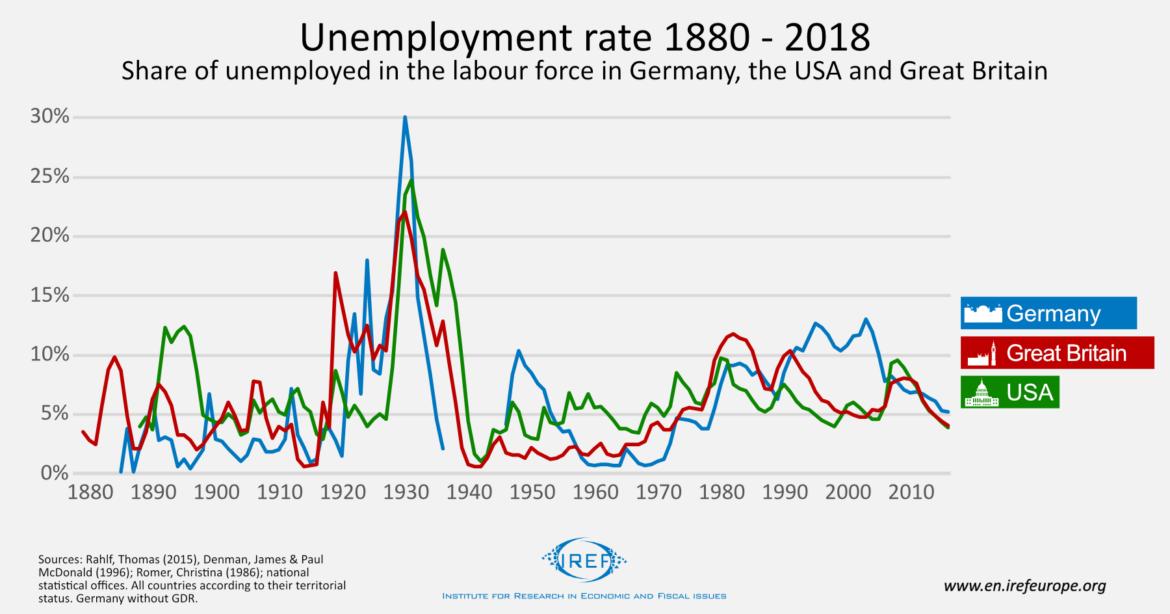 Germany’s labour market is buzzing. The unemployment rate is currently close to 5%. Although the business cycle could cool down in the near future, the trend is not expected to reverse course in the coming years. In the long run, however, pessimism dominates. As automation intensifies, many observers expect an era of mass unemployment in which only highly-qualified skilled workers will have a regular employment contract. At the same time, baby boomers will retire, and the decreasing labour force might lead to a skilled labour shortage, lower growth rates and an overburdened welfare state.

Yet, empirical findings and theoretical arguments suggest that there will be neither mass unemployment, nor a dramatic skilled labour shortage. Moreover, these two problems will certainly not emerge together. Rather, the decrease in labour demand due to automation will be manageable, and partly absorbed by the simultaneously drop in the labour force. By contrast, increasing income inequality is more likely to become a key isuue.

A study by Frey and Osbourne (2013) is the starting point of many alarming long-term predictions for labour market developments. Using detailed job descriptions for numerous job profiles, the authors estimate to which extent machines will be take over a specific occupations. For the US, they conclude that 47% of those currently employed could be replaced by machines during the next 20 years. Bonin et al. (2015) carry out a similar exercise for Germany and find that 42% of the employed jobs are vulnerable to the same phenomenon.

One should be careful, however, not to overestimate the predictive force of these findings. On the one hand, the potential for automation decreases dramatically when estimated for individual tasks rather than for comprehensive job profiles. Once this qualification is taken into account, only 12% of the German workers would be threatened. Moreover, the technical possibility of automation does not imply that automation is profitable for firms, or that it will actually take place. Wages and task profiles can be adapted so that the use of human labour remains appealing. For Germany, Dengler and Matthes (2018) have shown that at least in the short-run there is no connection between the potential for automation and labour demand of a given job profile.

Again for Germany, Dauth et al. (2017) find that since 1994, each industrial robot has on average destroyed two industrial jobs, but just as many jobs were created in the service sector. Hence, until now the impact of automation on employment has been minimal. Instead, automation has led to a new occupational mix and to lower real wages in selected industries. Graetz und Michaels (2018) come to the same conclusions. In a similar vein, according to a simulation by Arntz et al. (2018) increasing automation within the next 10 years will not lead to unemployment in Germany. Rather, it will generate low positive employment effects. Zika et al. (2018) and Wolter et al. (2016) conduct estimates for longer periods, and find a low positive employment effect until 2035 and a low negative effect until 2030, respectively. 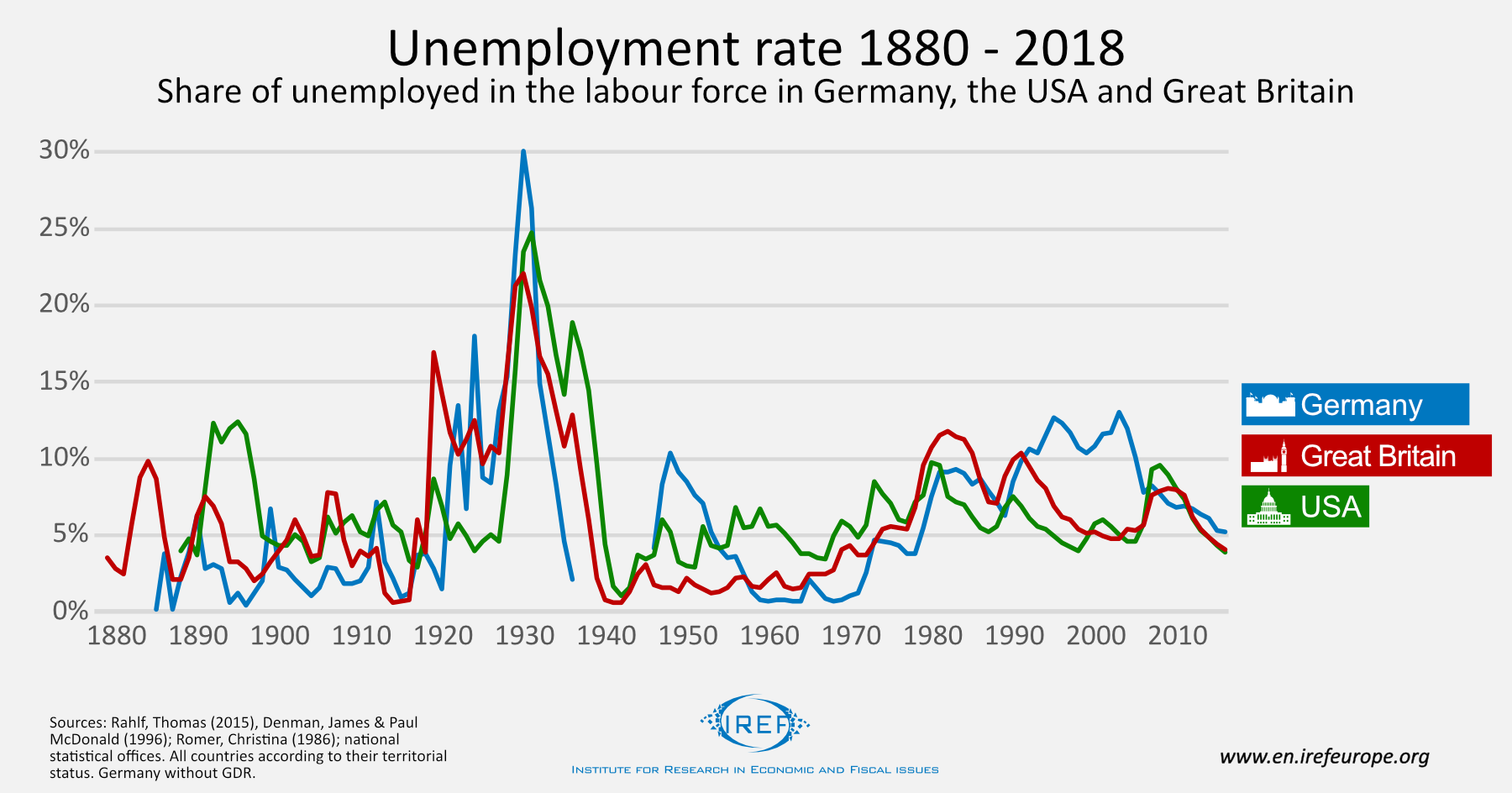 Mass unemployment because of artificial intelligence?

Put differently, and for the time being, predictions on the consequences of automation give few reasons to worry about technology-caused unemployment. However, they indicate an increase in income inequality. The predictive force of these studies relies on the assumption that increasing automation trends will follow the patterns of previous automation processes. Yet, some commentators have analysed the developments in the field of artificial intelligence, and raised interesting questions.

A study by the Millennium Project based on the Delphi method, i.e. systematic expert polling, reveals that on average the experts expect roughly a quarter of the world’s population to be unemployed by 2050. According to those interviewed, the increasing scope of application of artificial intelligence will be main cause. As opposed to the effects of traditional industrial robots, they believe that the effects of AI automation cannot be overcome by re-orientation or further training.

In other cases, fears of a different kind dominate: the threat comes from a skilled labour shortage caused by the decrease in the labour force. Despite increasing immigration, common demographic predictions estimate that the size of Germany’s working age population will drop from today’s 45 million people to roughly 39 million in 2060.

In particular, these findings fuel debates around the so-called skilled labour shortage. Researchers at Prognos expect a skilled-labour gap of almost four million workers will emerge in 2040. A study by the Institute for the History and Future of Work also expects a decrease in the ratio between labour supply and labour demand. Following up on these predictions, some commentators point out that the expected lower labour force might end up mitigating the possible negative employment effects due to automation. In this light, Südekum (2018) emphasises that the concerns about technology-caused unemployment and the decreasing stocks of workers are exaggerated, since both trends even each other out.

To repeat, empirical studies and theoretical considerations suggest that too pessimistic predictions of future mass unemployment or undersupply of skilled labour are exaggerated. Both problems will not occur together. Yet, there will high demand for training in industries affected by automation. In this light, the world of politics should ease fast occupational reorientation, instead of preventing it by subsidising selected industries. 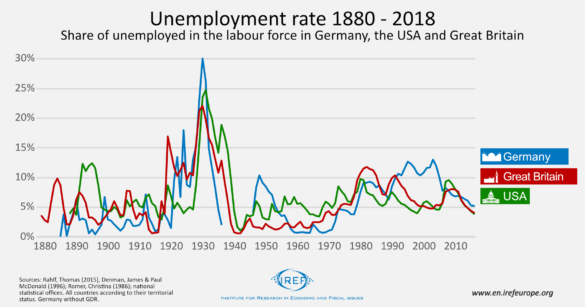