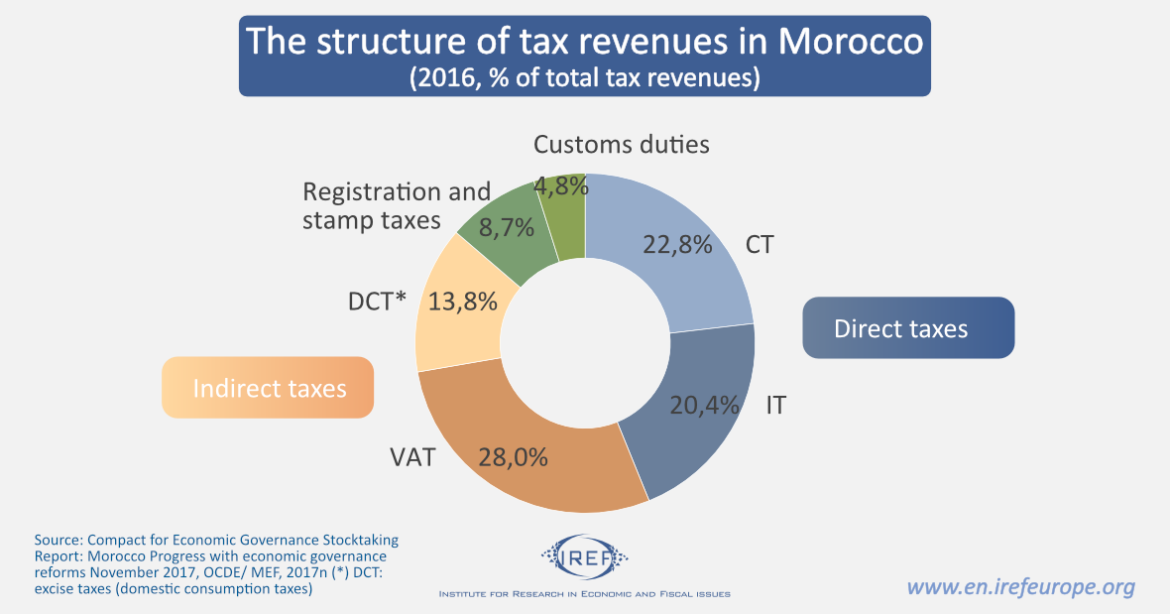 Morocco is one of the most dynamic economies in the African continent. It has a remarkable reputation in the region for opening its economy, privatization, and increasing the role of the private sector. However, Moroccan governments have consistently neglected to reform the tax system and thus encourage risk-taking, investment and entrepreneurship.
Similar to the developing countries with little or no energy resources, taxation is the main contributor to the Moroccan state budget. The Moroccan tax system is affected by a set of imbalances and problems that regard both the structure and the burden of taxation. Despite some reforms in the 1990s, the tax system is still characterized by heavy pressure and inefficient bureaucracy, even compared to other developing countries. In 1999, 2013, and 2019 the government organized three National Conferences with a view to modernizing and simplifying the tax system. Nothing came out of them.

What’s wrong with the Moroccan tax system?
All tax systems should respect some basic principles. The burden should be distributed widely and no group or industry should be favored over another. In Morocco, these principles are not respected. Morocco’s tax base is relatively tight and skewed. There is a significant gap between the potential tax base and actual tax collection. For example, 80% of VAT is paid only by 1.6% of the companies (the others evade or avoid VAT), 80% of corporate tax is paid by 0.8% of the taxpayers, and only 46% of companies submit their corporate tax return. Of these, only 33% show taxable profits. [[The Ministry of Economy, Finance and Administration Reform. Mr. Mohamed Benchaaboun, Minister of Economy and Finance, stated on Thursday, May 2nd, 2019, in Rabat https://www.finances.gov.ma/en/Pages/detail-actualite.aspx?fiche=4882]] This is the result of a system that features high tax rates, plenty of tax exemptions, and thus encourages evasion and avoidance. 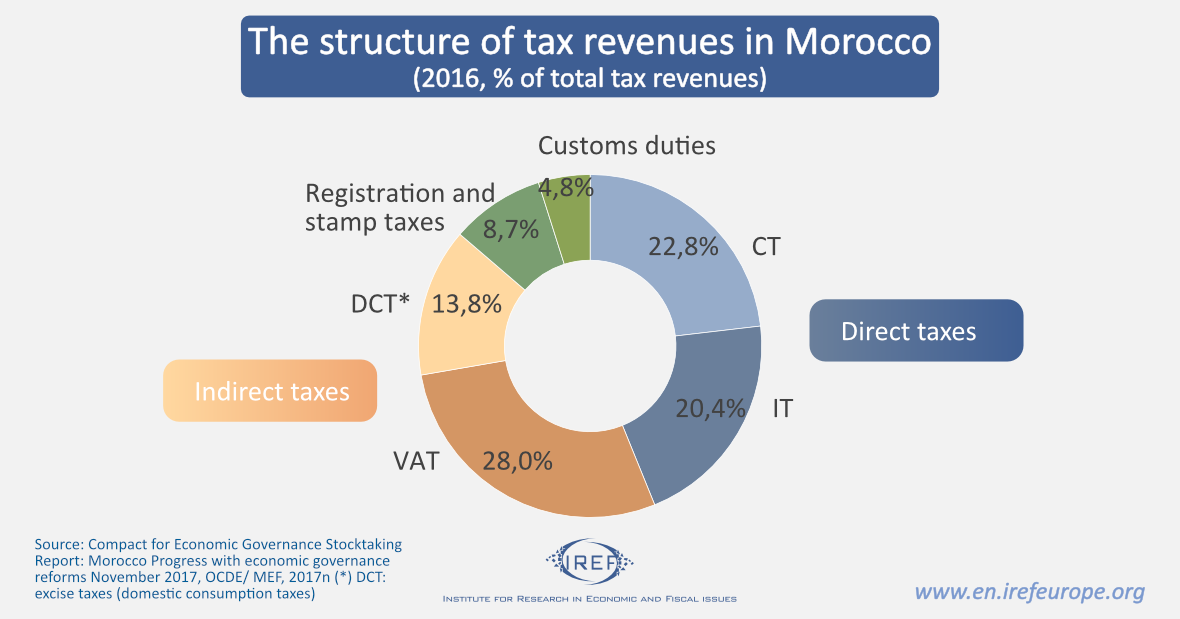 The personal income tax is calculated based on the following progressive scale: 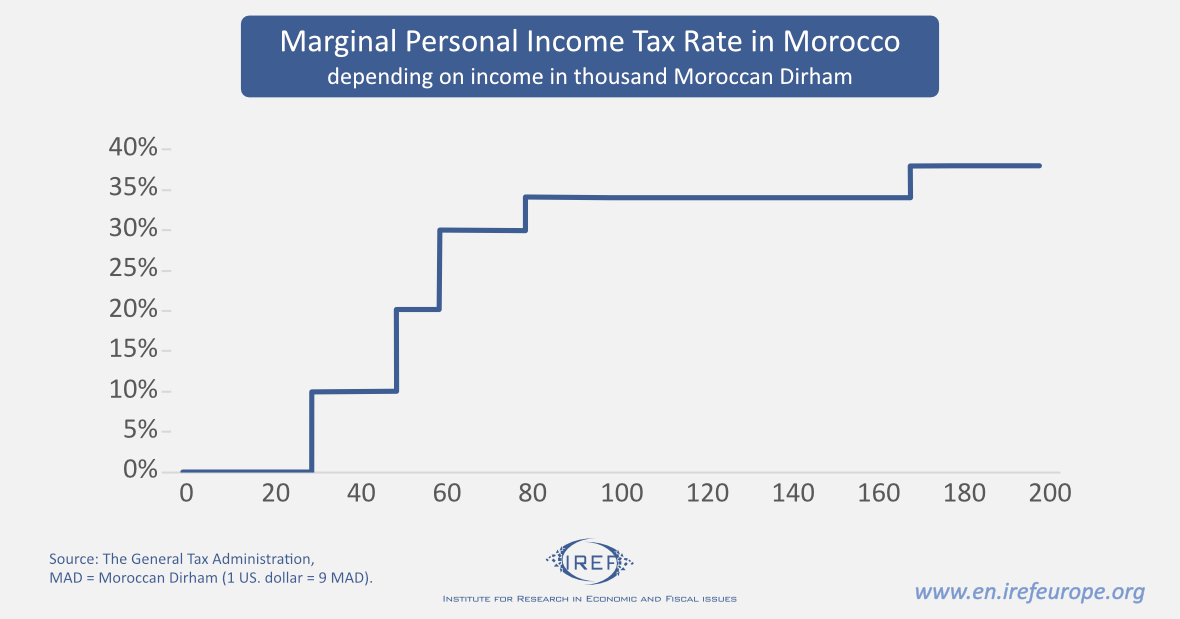 In regard to corporate taxes, the Moroccan Tax Code considers all revenues and capital gains generated in Morocco subject to Moroccan taxation. 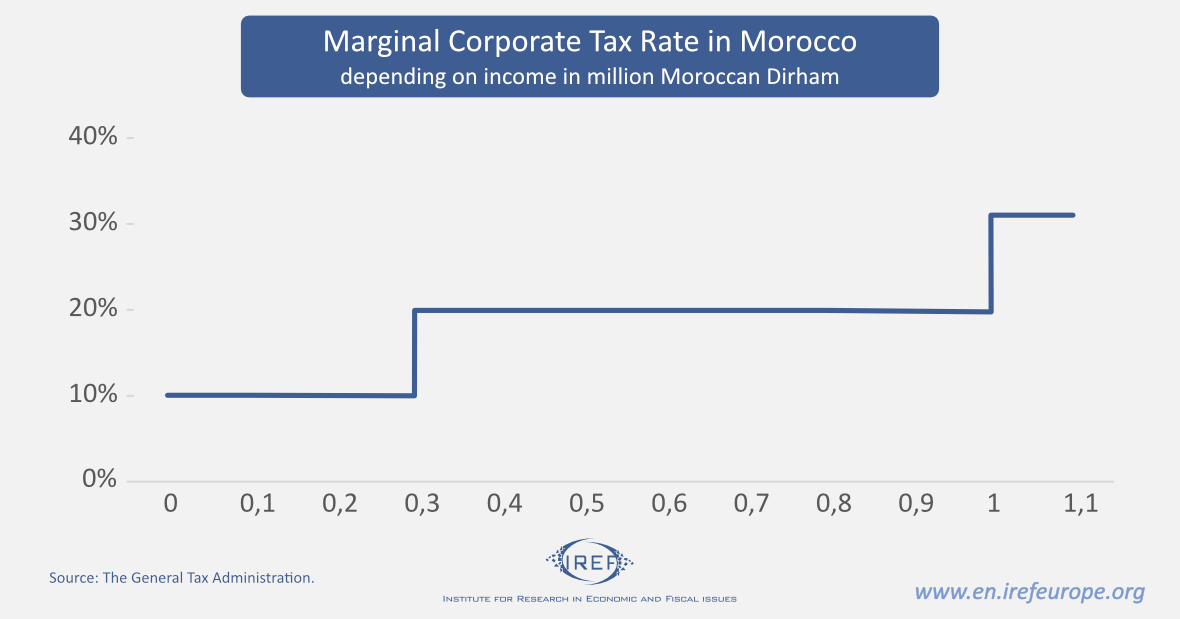 According to the OECD Revenue Statistics Africa 2020 report, the Moroccan average total tax rate on corporate profits is around 49.3%. Only 15 African countries (out of 53) do worse. This rate is high by African standards and also higher than the world average (40%). Total tax pressure is also heavy: the 2018 tax-to-GDP ratio was 27.8%, while the average for Africa is 16.5% and 23.1% for Latin America and the Caribbean. [[OECD REPORT – Revenue Statistics in Africa 2020 report (1990-2018), Tax revenue trends, 2010 -2018]] The upshot is that Moroccan growth suffers: according to a recent study that covers the past 46 years, a one percent increase in the overall Tax-to-GDP ratio slows down growth by 0.12 point. [[The Tax Burden and Economic Growth in Morocco: Empirical Analysis, Mohamed Karim, Mohamed Bouzahzah, Othmane Erguigue, December 2020, Journal of Economics and Public Finance 7(1):p1]]

The Moroccan tax code is also associated with privileges for those with the right connections. [[In 2016 alone, 407 tax exemptions regarded agriculture and fishing, food industries, real estate, or financial intermediation. “Morocco: Selected Issues,” IMF Country Report No. 18/76, November 2017, p.7]] As a result, a full of a range of exemptions distorts business decisions. For example, the standard VAT rate (20%) rate drops to 14% for transport and solar energy, to 10% for gas, banking and financial services and catering (10%), to 7% for water and animal fodder (7%). Some goods and services are actually exempt, especially in the agricultural sector. As a result, resources are diverted from much needed projects and efforts are devoted to acquiring privileges.

The coronavirus pandemic has caused a surge in public spending in Morocco, resulting in a fiscal deficit of 7.6 percent in 2020. In order to balance the budget tax increases in sight. In July 2021, a new law to increase the tax base, fight fraud, introduce a carbon tax was approved by the parliament. In addition, the government plans to pass a solidarity tax of 2.5 percent for companies with annual profits between 4 million dirhams (about 430,000 US dollars) to 40 million dirhams, and of 3.5 percent for companies with profits greater than 40 million dirhams. If the bill is approved, wage earners will also contribute with 1.5 percent of their monthly salaries.

The outlook for the future is thus far from encouraging. A heavier tax burden on households and companies is hardly the way of encouraging investments and encouraging growth. 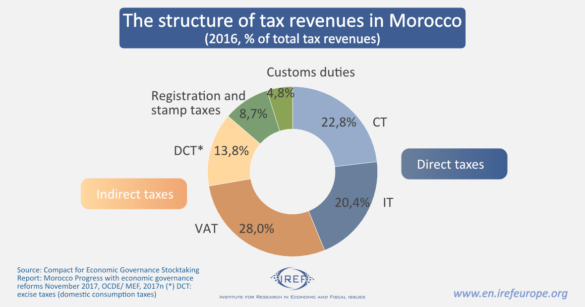 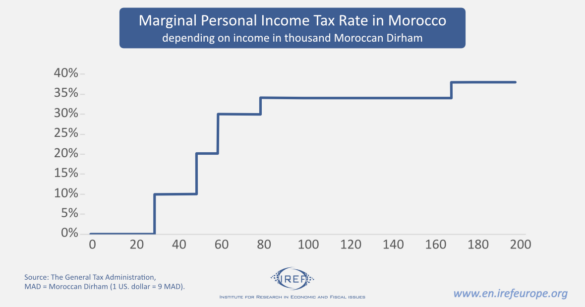 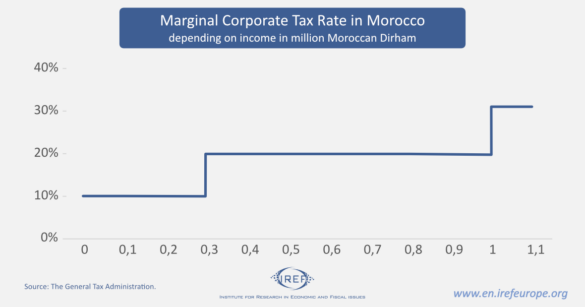