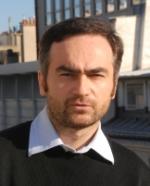 This article appeared in the Wall Street Journal on March 18, 2010

In the wake of his party’s crushing defeat in regional elections, it’s time to take stock of Nicolas Sarkozy’s presidency, three years on. As in the USSR between 1985 and 1991, France has of late experienced a period of perestroika: The government recognizes the need to reform the system, but is simultaneously trying to save it. The hitch is that the system itself is unreformable. It must be replaced.

Perestroika, a Russian word meaning reconstruction or restructuring, is the name that was given to the economic and social reforms instituted by Mikhail Gorbachev between April, 1985, and December, 1991, in the Soviet Union. These reforms, often messy, did not accompany real change at the heart of the USSR. They mostly focused on the need for greater transparency within the regime and for a more open economy, and they were made in the spirit of perpetuating and safeguarding the Soviet order. But communism could not be reformed—it had to be demolished. The same is true for French statism: The country can lift itself out of its economic doldrums only by launching the kind of real market liberalization that other countries have taken on.

President Sarkozy does not seem to understand that perestroika doesn’t work. Like Mr. Gorbachev, he has rid himself of technocratic doublespeak, and has tried to impose a new style, younger and less rigid than that of his predecessors. But the autocratic pillars of the presidency of the Fifth Republic remain the same. Mr. Sarkozy has appropriated all areas of domestic policy. He also completely monopolizes foreign policy, leaving his ministers and the Assemblée Nationale mere bystanders—despite the fact that, according to the constitution, international affairs are theirs to handle. He initiates reforms in every direction, leaving his parliament completely useless; he has created dozens of commissions and has demanded report after report, even though France’s ills have long been known.

In these three years, Mr. Sarkozy has demonstrated that he wants to change things by throwing himself into a series of reforms—but he has never said just how far he is willing to go. He tried to honor his campaign promises by introducing a required minimum level service in transport during strikes (at least in theory), and by making a nominal overhaul of certain special pension regimes. But he reneged on his vow to cut down the number of French government functionaries—a much more important step, given that 25% of the country’s work force is employed by the state, compared to 14% on average in OECD countries. It would have been good, too, if Mr. Sarkozy had had the courage to tackle the monstrously bureaucratic and extremely expensive social security system, which now runs a deficit of €14 billion ($19 billion).

Meanwhile, I can only applaud the supposed greater autonomy of universities, but how to make it effective without challenging the status of teachers and researchers who are employed for life by the government? The tax reform that passed in July 2007, and the capping of taxation at 50% of income, are important steps toward a new taxation regime that encourages entrepreneurship and initiative. But the overregulated labor market remains a major obstacle to job creation.

President Sarkozy has pursued a theme of “soft” reforms, even though he had the Senate and Assemblée Nationale on his side. This reluctance to go full-throttle with his own stated agenda is also evidenced by his declaration of March 12, 2009: “Universities, Sunday work, 35 hours, overtime. . . We will perform an audit of all the reforms to improve them. Then in the second half of 2011, the government will take a break so that Parliament can, if desired, de-legislate [sic].” Another commission? Another report?

Certainly, Mr. Sarkozy has presented several qualities that differentiate him from his predecessor, especially in his control of opinionated communications with the public. But who can define with certainty his convictions and the vision that guides him? Does he have any? Or is he just driven by a thirst for power? Without real reforms, the country has once more fallen into the rut of sterile governance, typical of the Fifth Republic.

Perestroika doesn’t work. Only a radical policy change can save Mr. Sarkozy from defeat in 2012. In the first round of France’s recent regional elections, voters issued a reminder that the government was elected to change the economic system and remodel the country. It’s time for Mr. Sarkozy to do just that.

How will Obama finance healthcare?

Public debt: aren’t we glad to rely on speculation and financial markets!