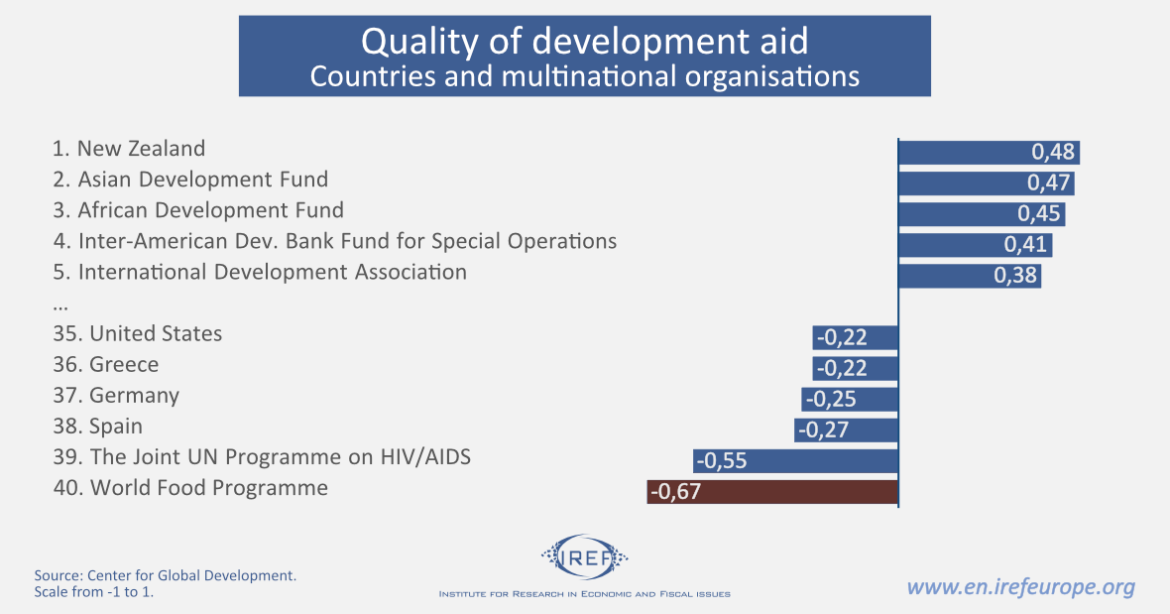 This year’s winner of the Nobel Peace Prize came as a real surprise. The World Food Programme (WFP) of the United Nations received the award “for its efforts to combat hunger, for its contribution to bettering conditions for peace in conflict-affected areas and for acting as a driving force in efforts to prevent the use of hunger as a weapon of war and conflict.” In betting agencies, the most popular candidates were the World Health Organisation and Greta Thunberg. Very few had the WFP on their betting slips.

Of course, fighting hunger is very important. However, there are significant doubts about whether the WFP uses the extensive resources at its disposal in the best possible way. In this light, the allocation of the prize is not only surprising, but also difficult to understand.

What does the WFP do, and how?

The World Food Programme is based in Rome and engages in traditional development aid as well as in emergency and disaster relief, especially in conflict areas. It employs about 17,000 people and its 2018 budget amounted to $6.3 billion, 335.4 million of which covered administrative costs. The three biggest contributors were (and are) the United States ($ 2.5 billion), the European Union ($ 1.1 billion), and Germany ($ 0.85 billion).

However, the WFP has a reputation for being particularly inefficient among the big development organisations. In a study published in 2008, economists William Easterly and Tobias Pfutze looked at 48 development aid organisations, 31 of which national and 17 multinational. The authors did not look at the effects of the organisations directly. Instead, they evaluated whether they operated according to the “best practices” of development aid. The investigation encompassed four areas – specialisation, selectivity, ineffective aid channels, and overhead costs. “Specialisation” referred to the number of counties covered by each organisation. “Selectivity” examined whether the donor avoided handing aid to corrupt autocrats and actually focused on the poorest countries. “Ineffective aid channels” measured whether aid was tied to political goals or whether it consisted of food aid or technical assistance. “Overhead costs” described administrative costs in relation to the given aid.

In the overall ranking, the World Food Programme scored lowest out of all the organisations analysed. For example, the number of employees appears to be overblown: according to Easterly and Pfutze, about $ 30,000 in aid were paid out per staff member, which is rather low: Norway and Italy distribute more than $ 10 million per staff member – this is more than 330 times as much.

No improvements in sight

A study from 2018 suggests that no significant improvement in the WFP operations has taken place during the past years. Research by the Center for Global Development examined 27 national and 13 multinational organisations of development cooperation. It used 24 indicators to measure whether they succeeded in “maximising efficiency”, “supporting institutions”, “reducing strain”, and enhancing “transparency and learning”. Again, the World Food Programme scored lowest by far. 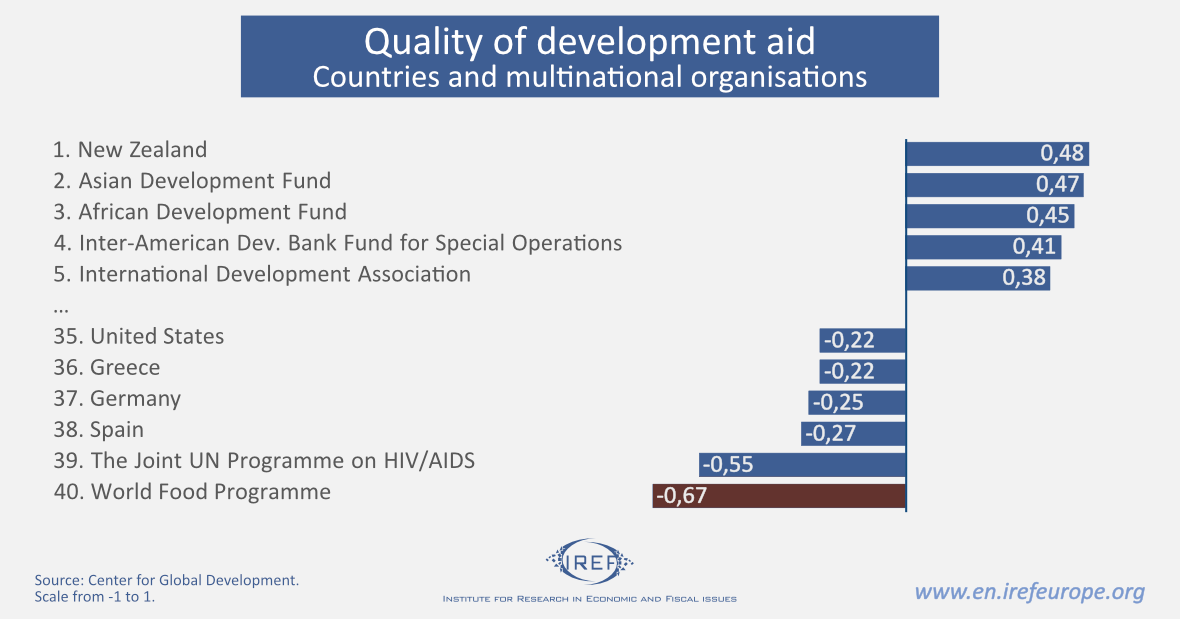 Efficient use of resources can save lives

Helping people in difficult conditions, as done by the World Food Programme, is an important task. Therefore, the scarce resources available, most of which come from taxpayers, ought to be used carefully and effectively, so that more lives can be saved.

Comparisons of the World Food Programme with other national and international aid organisations indicates that the resources used by the World Food Programme could be used more effectively. Particularly effective NGOs are mentioned by Givewell, which evaluates NGOs in terms of cost-benefit analysis. In particular, those working on nutrition, deworming, and on fighting malaria rank among the top organisations.

It is certainly laudable that the international community rewards those who successfully fight hunger. The very efforts of all involved in these programmes are also praiseworthy, including the 17,000 WFP employees. Yet, well meant is not necessarily well done. Awarding the Nobel prize to the World Food Programme benefits the wrong organisation and sends a questionable signal to all those that are currently doing it better. 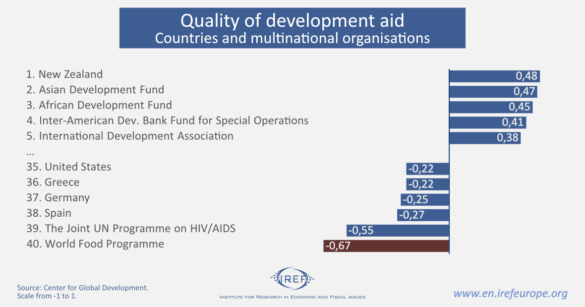