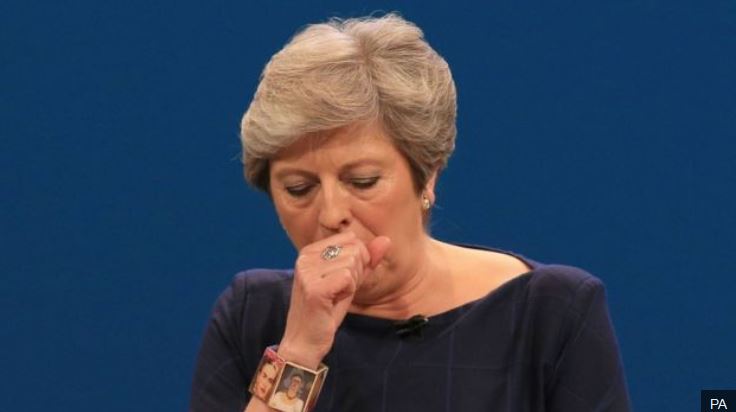 The two major Parties in UK have recently concluded their annual conferences.

After the positive performance in the last election, the Labour Party appears to have found internal cohesion and a credible leader in Jeremy Corbin. In line with their manifesto, the conference offered a clear, and rather worrying, message. Labour believes that the ingredients for long-term prosperity are higher taxes, higher spending, more regulation and government interference. This is a perfect recipe for disaster. The Conservative Party Conference, unfortunately, has not provided a reassuring message either. The party is unable to engage with younger voters, it is riddled with internal battles for leadership and it genuinely seems unable to envisage any coherent plan for Brexit and the domestic economy.

The Labour Conference confirmed that the Party is essentially looking at those policies that in the 1930s and 1940s introduced national planning and nationalization of public services in the UK. Nationalised firms pushed for more government money with little incentive to spend it wisely. Between 1970 and 1980, nationalised firms lost the equivalent of £173bn in today’s money. On this, Peter Clarke and Robert Miller provide evidence that the belief that nationalisation and municipalisation were the best way of organising industry and commerce actually distorted and damaged the British economy for the greater part of the 20th century. Furthermore, Labour’s agenda of tighter regulation and renationalisation will contribute to the national debt, which will still increase by more than £250bn between now and the end of this legislature. Slowing the rate of deficit reduction would reduce the chances for sustainable economic growth.

Not surprisingly, these Labour’s policies, born out of distrust for private enterprise, have not been welcome by The Confederation of British Industry (CBI):” Forced nationalisation of large parts of British industry will send investors running for the hills, and puts misplaced nostalgia ahead of progressive vision”.

Similarly, the British Chambers of Commerce also gave an admonitory response, saying: “proposals to nationalise key industries would put business investment in the deep freeze at precisely the time that it is needed most”.

In order to bring about the forced nationalisation of main industries, the Labour Party intends to squeeze out funds from the financial market. Ed Balls’ speech at the Labour Party conference in Brighton has pledged to increase the bank levy by £800m to fund free childcare. The banking levy, which is designed to compensate taxpayers for costs imposed on the government when banks fail, is now used as a long-term tool to finance new spending programmes. This has already started a dangerous vicious circle. Inefficient banks have been saved with taxpayers’ money and taxes have been imposed on the banking sector (including efficient institutions) to fund the subsidies. By increasing the banking levy for the purpose of funding public services, the Labour’s proposal would make things worse. It would clearly affect the performance and conduct of financial institutions, eventually reducing the liquidity available to households and businesses.

If nationalisation of education, transportation, postal services and utilities was not enough, Labour has also vowed to nationalise private finance initiative (PFI) contracts as part of a plan to roll back the involvement of the private sector in UK public services. Currently, PFI contracts allow private capital to fund public infrastructures. John McDonnell, Shadow Chancellor, announced in a speech on Monday (http://www.bbc.co.uk/news/uk-politics-41379849) that “we’ll bring PFI contracts and staff back in-house. According to a Labour spokesman, shareholders would be compensated in the form of government bonds, exchanged for shares. The appropriate level of compensation would be assessed by parliament. John Appleby, chief economist of the Nuffield Trust health think-tank estimated that ending the contracts could cost in the region of £50bn. Additionally, politicians are not in a position to accurately predict the market value of commodities such as water and energy once nationalised.

What about the Conservative Party Conference? After a disappointing performance in the latest elections, one expected that the Conservative Party would regroup and come forward with a strong, unified and clear message focusing on deregulation, tax cuts, and restraint in public spending, so as to boost productivity and economic growth. Unfortunately, this was not the case in the Party Conference in Manchester. Delegates (and the rest of the Country) witnessed the inability of the Party to attract and engage with young voters (the Youth Zone was almost deserted) and a series of internal arguments (mainly Boris Johnson’s attempts at seizing the leadership of the party). The speech by Theresa May was a disaster. Not so much because of her uncontrollable coughing, the text in the background falling to pieces or the embarrassing security incident; but because of the lack of any inspiring or inspired policy.

The only proposals that were picked by the media (mostly occupied in commenting on the PM’s performance and the leadership battle within the Tory Party) were the introduction of a cap on utility standard tariffs and the Government’s commitment to invest billions of pounds in social housing. This is rather worrying. If price regulation and public spending are now really the best the Conservative Party has to offer, the Country should really be prepared for a bumpy and possibly disastrous Brexit, with Jeremy Corbin ready to enter number 10 Downing Street.

Merkel wins her fourth term in Germany; will this help drive banking union or will nationalist political parties manage to oppose it?