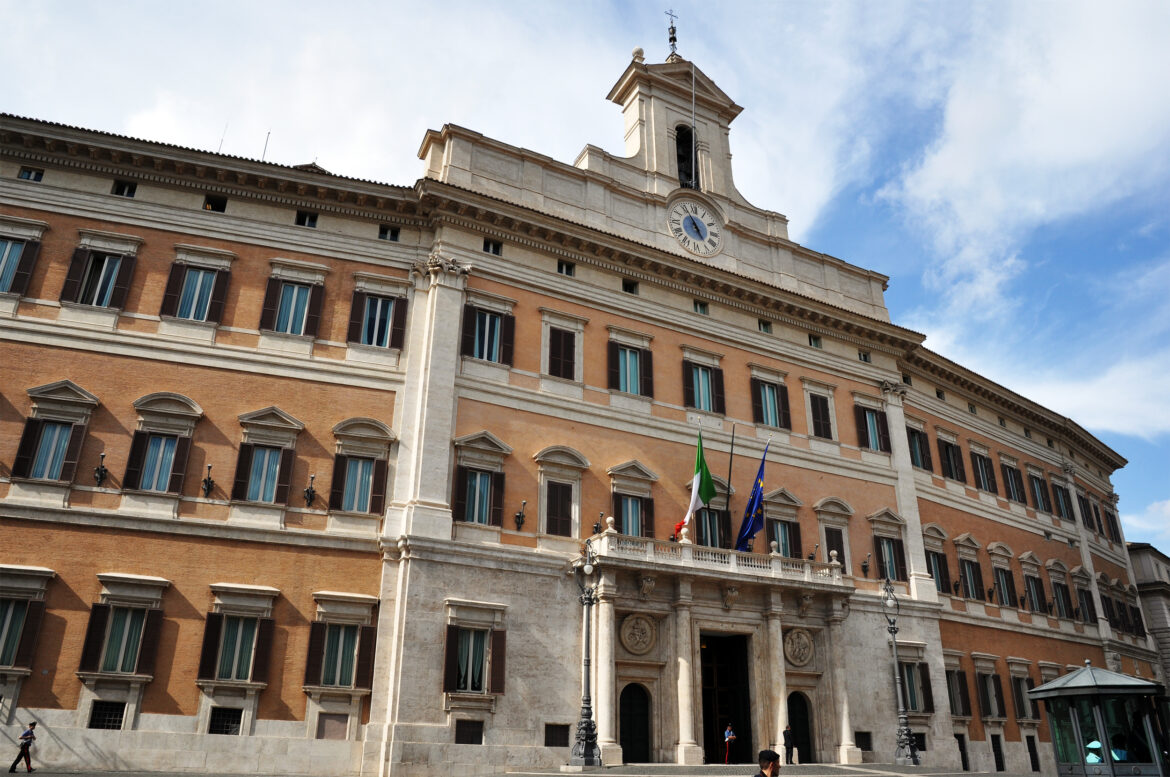 After some months of amazing promises made by politicians pledging whatever might have warranted to them a parliamentary seat, the judgement day has finally come, as Italy’s general elections were held on March the 4th. Apparently, something like a tsunami materialised. In reality – however paradoxical this might seem – it is still not clear whether the tsunami will be a soft, innocuous one, or will deliver dramatic changes in the country.

All the parties in power, particularly Mr Renzi’s party, have dramatically lost most of their support. Furthermore, two unconventional parties – the Five Stars Movement (5SM) and the League (formerly the Northern League) – have gained a large consensus (Fig. 1). The share of voters supporting either the Five Stars Movement or the League is about 50%. By contrast, both the Democratic Party (led by Mr Renzi, who then resigned) and Forza Italia (led by Mr Berlusconi) have lost much of their charm. 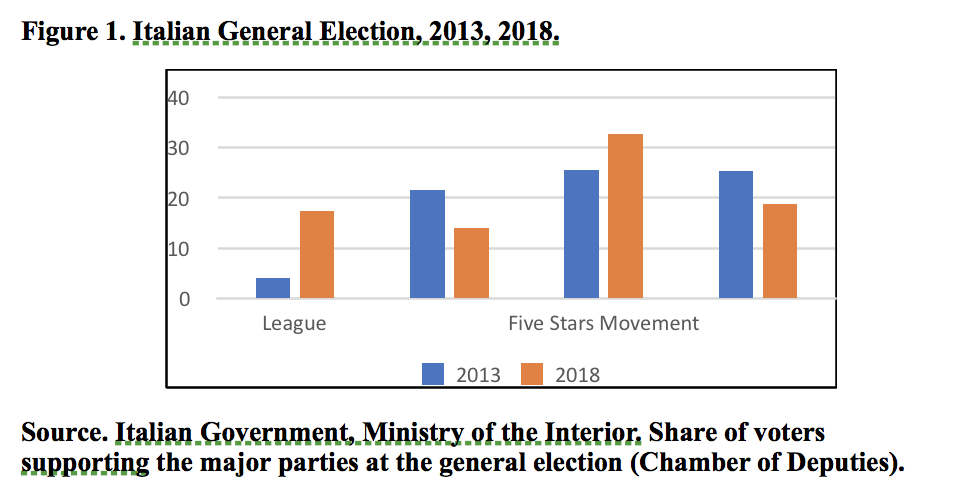 There are reasons to believe that the motivations behind the big jump ahead made by the 5SM resemble the ones behind the League’s success. It is not a case that the two parties are in a sense substitute options, as one can easily realize by observing Figure 2 (Panel a), which depicts the share of voters in favour of either of the two parties in 100 municipalities that we randomly sampled in such a way as to be representative of the Italian situation.

This negative relation does not just reflect the North-South gradient, as often suggested. The same relation can in fact be observed if one limits attention to Northern Italy (Panel b), where the League traditionally gains much of its support.

The kind of majority that will take control over the Parliament will determine whether the new balance of powers will change the Italian political environment significantly or whether the tsunami will be the weakest ever. Indeed, it may also happen that Italy will face months without a working government. This might be not that bad for political leaders, who might be in real trouble if they had to deliver what they promised before the elections. It is instead not entirely clear whether a bad government – inevitably conditioned by the 5SM and the League – might be better than no government. Indeed, a 5SM-League coalition might be a real trouble. Both for Italy and for Europe.

A programme including cutting hours at work without cutting salaries and the provision of a minimum basic income granted to all the Italian citizens – whose cost has been estimated in a range of 30-40 billions of euro – is what mainly characterizes the Five Starts Movement’s manifesto.

The citizens’ income they propose is a sort of conditional basic income, for the public benefit is lost whenever the recipient refuses up to three job offers, provided the offers are fair and close to the place where he resides. A clause that will make lawyers happy and choke the courts for decades.

All the above is certainly consistent with Di Maio’s remark that the EU budgetary rules are inconsistent with his plans, and resonates with some of Salvini’s proposals, including a return to a pre-Maastricht Europe.

Indeed, the political platforms of the League and the Five Stars Movement have different points in common. They share a commitment to protectionism and the promise to ignore the Fiscal Compact in order to increase public expenditures and deficit.

During the first press conference following the general elections, the League leader Matteo Salvini has underlined that «the euro is a wrong currency». He has also added that the euro’s destiny is dissolution and the proper way to do this is by means of a change in the Treaties.

Until some weeks ago, the leader of the Five Stars Movement Luigi Di Maio had a different approach, in that he claimed that a referendum would define the Italian future approach to the euro. Then, in a desperate attempt to strengthen his international credibility, Di Maio claimed «We need to renegotiate some EU rules, but not in an in/out referendum…It is the time to run a larger deficit, to engage in significant public investments programmes, and relaunch the Italian economy ».

The proposals of the League and the 5SM have only one possibility of success. This is related to a disengagement strategy from the euro whose natural consequence would be, however, either a repudiation of the Italian public debt or its monetization. This strategy would certainly backfire. It is indeed wrong to blame the euro for Italy’s woes.

The strong euro has not prevented Italian exports to grow in 2017 at a higher rate than those from France and Germany. In particular, exports to extra-EU countries surged. This shows that the deep and painful process of organizational restructuring of the Italian firms is beginning to bring some benefits.

Yet, sluggish productivity growth has been more than offset by an increase in the average quality of commodities made in Italy and by a noticeable diversification of export markets. Italian firms have increased their capacity to devise strategies that fit emerging, fast growing markets. Competitive devaluation of the currency is not what they currently need. Nor do they need billions of extra unproductive public spending, a calamity that euro membership has prevented so far.

There are signals that European authorities are uptight about what could happen next, including the disengagement option. Mr Draghi has recently avoided to comment upon the Italian general elections. It is clear that he does not want to interfere in this delicate phase. It is apparent, though, that the possibility of a coalition between the League and the 5SM worries him deeply. And he will not be – as Mr Ciampi, his mentor, was – the man of last resort who comes to the rescue if all attempts to form a coalition government fail. 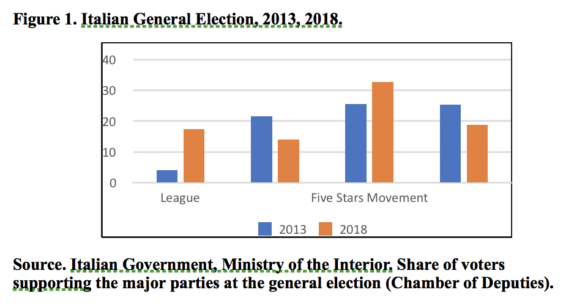