Pretence of Knowledge: The Case of Jean-Claude Juncker 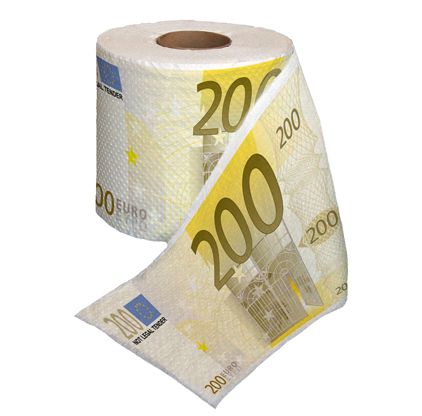 According to several reports, EU Commission President Jean-Claude Juncker is planning to introduce a 300 billion-euro investment package this Wednesday (November 26th). The idea is to establish a European fund that will assume liability risks on behalf of private investors. Only profitable projects would be eligible for the guarantee; the profitability of individual projects is to be pre-determined by EU bureaucrats. This presupposes too much of President Juncker and his team. They purport to possess knowledge that they cannot possibly have. Unprofitable investment projects do not become socially profitable just by being financed by the state. When the bureaucracy starts acting like a bank, it transfers risks from real banks onto ordinary citizens. Once again.

“Invest in Europe” (no matter what?)

Süddeutsche Zeitung is reporting [in German] that Juncker’s investment package “Invest in Europe” is supposed to attract private investors with insurance guarantees against loss. Final details are not yet known, but the new fund (run by the European Investment Bank) is to have up to 300,000 million Euros at its disposal for investment financing. The fund will be seeded with 20 to 30,000 million Euros from the European budget and from Member State contributions. Additionally, the fund seems to be poised to raise another 50,000 million of own capital from private investors. The remaining thousands of millions should be provided to the Fund by private investors in the form of debt.

The 300,000 million Euros will then be used to fund, over a period of three years, those projects which currently do not have funding from the banks. It will insure these projects against loss – presumably to attract and bring in private investors such as the very banks which had previously refused to finance the project. Now their (risk-free) money will be channelled through the investment fund.

Subsidies for banks over questionable projects

Interest rates in the euro area are currently at their historic lows and are likely to remain so in the near future. And yet companies have not been doing much investing, nor banks much lending since the onset of the financial crisis. Evidently private investors are assessing the risk of failure for many projects to be too high. They are not willing to bear any more risk inherent in additional lending.

It is part of banks’ daily bread to seek and identify projects whose financing is an attractive proposition. That’s how they make money. They have no incentive to keep their hands off projects with good odds of success. They had the option to finance projects from Juncker’s catalogue – and they turned it down.

When they now participate in the financing of such projects, it is only because they are receiving a subsidy from the EU Commission in the form of an insurance against loan default. EU taxpayers are thereby subsidising private banks through a Commission playing to be a banker. Meanwhile, resources that are poured into such unpromising projects will be missing from other projects. At best they will only be available at an increased cost, so the EU Investment Fund can actually contribute to turning previously profitable off-catalogue projects into unprofitable ones.

Bottom-up rather than top-down solutions

The state is not a better banker than the banks. If we didn’t know it already, it was clearly demonstrated for example by the performance of German regional state-connected banks (“Landesbanken”) [German] a couple of years ago. And that was, at least, at a regional level. Now the EU Commission is planning to pursue a pan-European project with this EU Investment Fund. The profitability of considered projects is to be assessed centrally. William Easterly, professor at the New York University, showed convincingly that such centrally coordinated undertakings have not in recent decades delivered on the expectations over such development projects. His findings can be directly translated to Europe.

Even selfless coordinators of development policy and European economic policy cannot escape the fundamental problem that their knowledge is very limited. Aid workers in Washington, D. C. cannot be familiar with local conditions in a Sub-Saharan country they are trying to help. In the same way, future workers of the EU Investment Fund will not have the necessary knowledge to assess the profitability of a project in Spain, Portugal, Italy, France or Greece. It is private local banks who have much better access to the relevant time- and place-specific information – and these are the same institutions who already have an incentive to finance the best assessed projects..

The continuing problem of high unemployment in Europe will not be addressed by these investment projects coordinated from Brussels. Ordinary people are still exposed – especially in the still crisis-stricken countries – to a multitude of strangulating regulations and associated corruption [German]; these make any cooperation (not just) on the labour market very difficult.

With one hand, the Commission is anxious to prevent national governments from subsidising companies in their countries. With the other, it puts on the clothes of a bank and starts subsidising banks and the investment projects. The EU Commission should realise the limits of its abilities and focus on its role of an enemy to state aid and of assisting Member States with their local problem solving.

This text has originally been published on the German mutation of our website and is here translated by Petr Barton.