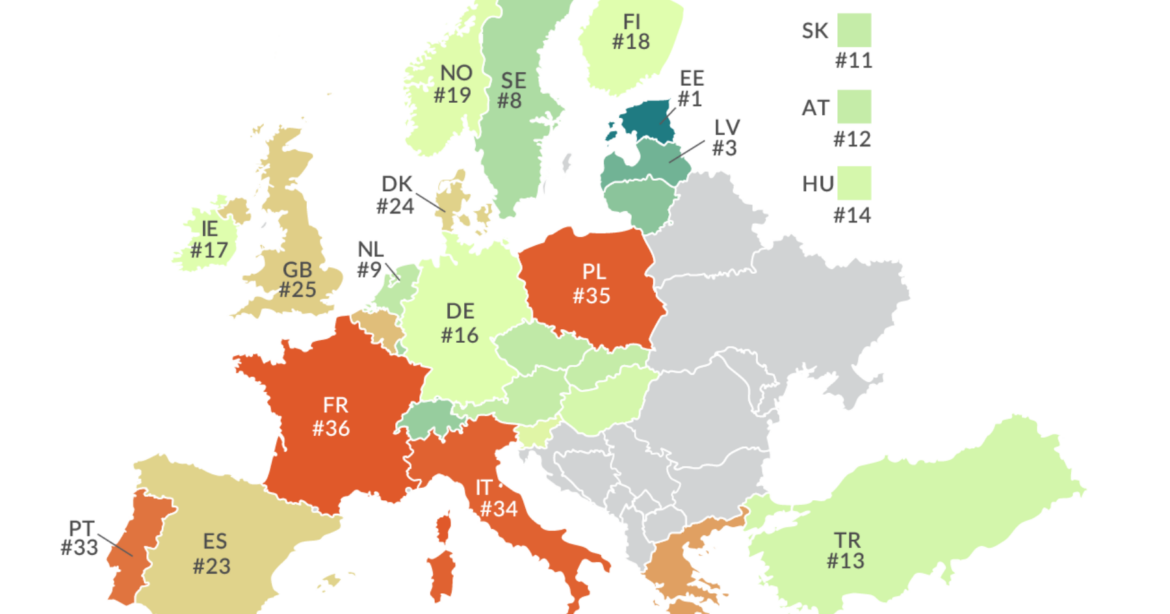 The structure of a country’s tax code is an important determinant of its economic performance. The Tax Foundation’s International Tax Competitiveness Index has ranked OECD countries’ tax systems for the last six years, and every year Estonia has been the number one country on the Index while France has remained at the bottom of the rankings.

A well-structured tax code is easy for taxpayers to comply with and can promote economic development while raising sufficient revenue for a government’s priorities. In contrast, poorly structured tax systems can be costly, distort economic decision-making, and harm domestic economies.
Distortions arise when countries adopt special preferences for certain industries or tax particular types of income multiple times. While arguing that special tax provisions are necessary to compete for new investment or to have a more redistributive system, policymakers create complexities with impacts that can ripple across the global economy.

On the one hand we see policies that provide lower rates of tax to income from patents or specifically incentivize research and development while on the other hand some countries have special surtaxes on income or multiple layers of property taxes that increase the burden faced by some taxpayers.
However, a different approach to tax policy can be more conducive to long-term growth. Some small countries like Estonia and Latvia have cracked the code by adopting tax systems that are both neutral and competitive. Instead of creating incentives or targeted taxes, these countries have taken a broad-based approach to raising tax revenue in a way that creates few distortions.
The Index seeks to measure the extent to which a country’s tax system adheres to two important aspects of tax policy: competitiveness and neutrality. In Estonia, both of these principles are front and center in tax policy. Corporate income is only taxed when it is paid out to owners, the personal income tax is relatively flat, property taxes apply just to the value of land, and Estonia has a broad-based value-added tax (VAT) with few complexities.
Tax reforms are happening across the world all the time, but not all recent changes in tax policy among OECD countries have improved the structure of tax systems; some have made a negative impact. 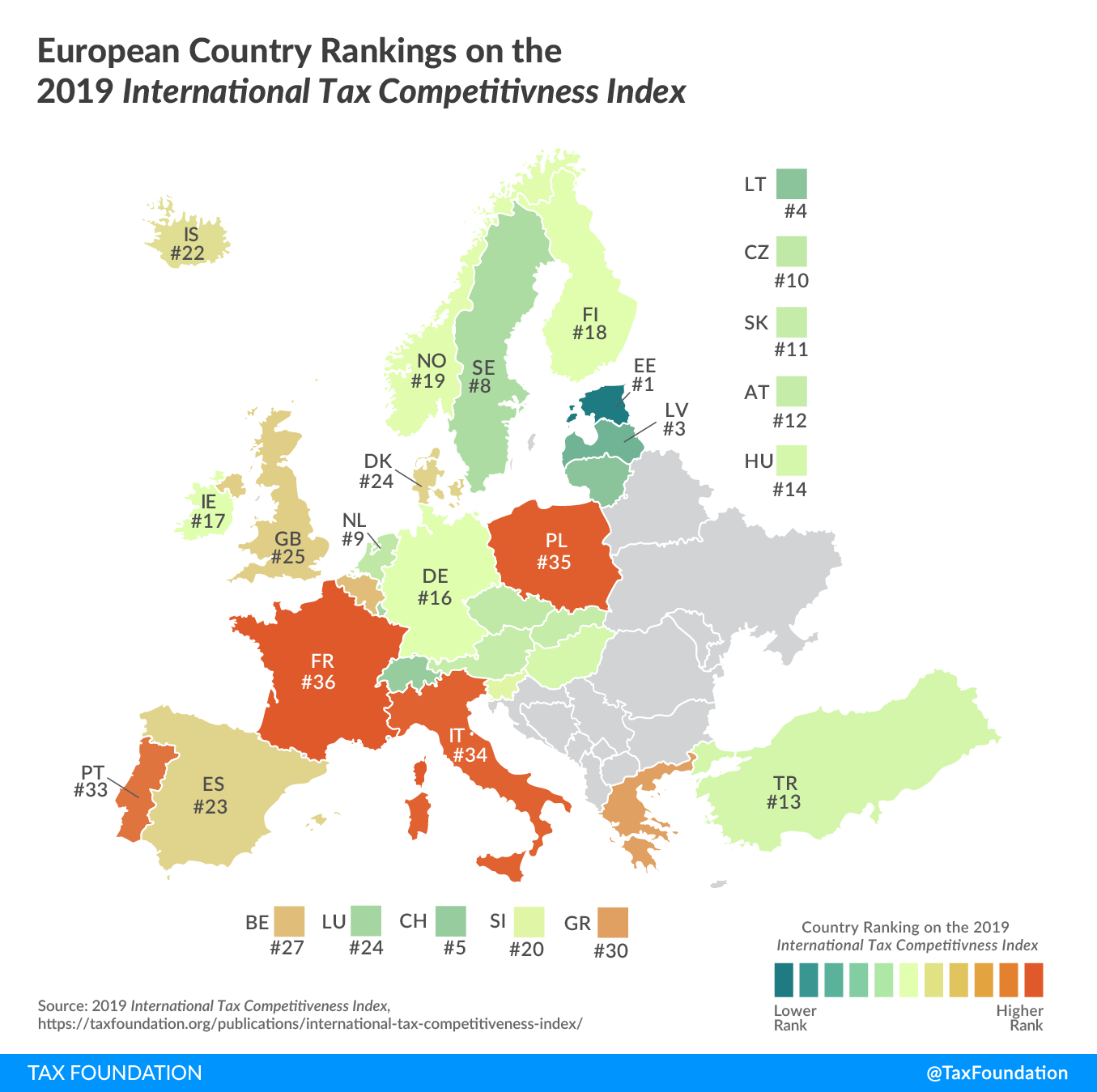 Though some countries like the United States and Belgium have reduced their corporate income tax rates by several percentage points, others, like Korea and Portugal, have increased them. The United States, Canada, and the United Kingdom have made some improvements to how their tax codes treat business investment, while Chile and Korea have done the opposite. Additionally, while many countries have dropped their wealth taxes in recent decades, Belgium recently adopted a new wealth tax.

A competitive tax code is one that keeps marginal tax rates low. In today’s globalized world, capital is highly mobile. Businesses can choose to invest in any number of countries throughout the world to find the highest rate of return. This means that businesses will look for countries with lower tax rates on investment to maximize their profitability. If a country’s tax rate is too high, it will drive investment elsewhere, leading to slower economic growth. In addition, high marginal tax rates can lead to tax avoidance.

According to research from the OECD, corporate taxes are most harmful for economic growth, with personal income taxes and consumption taxes being less harmful. Taxes on immovable property have the smallest impact on growth.

Separately, a neutral tax code is simply one that seeks to raise the most revenue with the fewest economic distortions. This means that it doesn’t favor consumption over saving, as happens with investment taxes and wealth taxes. This also means few or no targeted tax breaks for specific activities carried out by businesses or individuals.

A tax code that is competitive and neutral promotes sustainable economic growth and investment while raising sufficient revenue for government priorities.

There are many factors unrelated to taxes which affect a country’s economic performance. Nevertheless, taxes play an important role in the health of a country’s economy, and it is important for countries to pay attention to how their tax reforms can change their prospects for growth and opportunity. 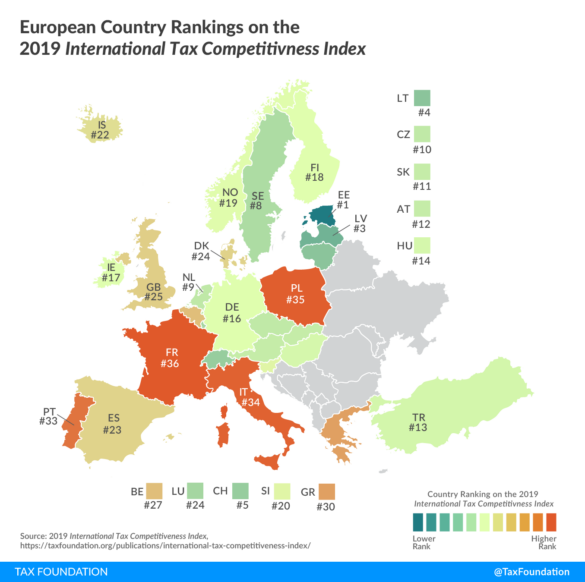