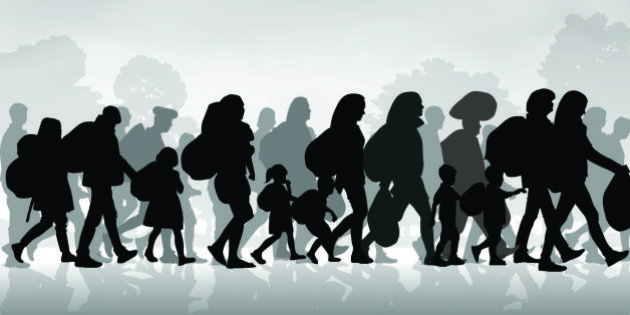 Immigration is a highly contentious topic in modern societies, with almost all of the different regimes across the OECD showing failures on some measure. As populist responses increase to rising levels of immigration, a policy solution must exist that assuages the concerns of those who have gripes with the current system in order to maintain political stability. Amongst the myriad of potential immigration policies, the one that stands out with the most suitable incentives is that of private sponsorship.

Private sponsorship asks that either an individual or an organisation from the host country vouches for the potential immigrant before they arrive. They bear the risks associated with immigration. For example, if the individual commits a crime, the sponsor would have to pay the costs of judicial process and deportation. The added benefit of allowing private organisations or individuals to sponsor immigrants is that the government no longer needs to pry into personal affairs, asking why someone is coming or why someone is a sponsor. It would simply be assumed that by bearing risk, the sponsoring party is making a rational decision. This incentive results from the skin in the game principle, that those who bear the risk of an action are more likely to make better decisions.

Private sponsorship regimes prove superior to current systems by removing the bureaucratic issues currently associated with immigration. Among these problems is the arbitrariness of certain features, such as quotas or occupational restrictions, which change over political cycles at great costs to current and potential immigrants. Another problem is the application of Goodhart’s Law, the principle that when a measure becomes a target, it ceases to be a good measure. Points-based, and other skills or aptitude-based immigration systems all succumb to the fact that by using a quantitative measure that correlates to success as an immigrant, the relationship breaks down once the rules of the system are known. These together lead to inefficiencies that prevent adequate coping with high volume of movement, and post-migration inefficiencies that pose threats to the mental health and social integration of migrants.

The largest problem, however, is the issue of modern welfare systems and the incentives they send. If new immigrants are eligible for full welfare benefits, this sends a perverse incentive for migrants, as they now have economic benefits not tied with the opportunities or culture of the area. By providing new immigrants with welfare, at the expense of the tax-paying population, political tensions are bound to arise. To resolve this, many states have decided to limit the ability for immigrants to collect welfare, which creates other distortionary pressures as their wages will lack the same purchasing power as those who are able to collect state benefits, disincentivising movement.

The Canadian immigration system features elements of private sponsorship for refugees. Between 2002 and 2012, 50% of privately sponsored refugees reported earnings within 1 year of moving, compared to only 14% of government sponsored ones, which serves to increase their English skills and feelings of social integration. In Europe, where concerns over refugee integration are high, this would provide a practicable solution. Churches and other religious bodies have members of their faithful with concern over the plight of refugees and migrants, and would be willing to bear the costs of caring and their assimilation, which would put the onus on specific groups with properly aligned incentives, and away from the state, which puts the issue in a political context.

A private sponsorship regime is quite flexible in terms of the specifics of sponsorship. One can tweak the specifics of the contract to expand upon the obligations of the sponsor. In cases of divorce, one can ask the citizen-spouse to pay for the costs of the foreign-spouse’s lawyer and divorce proceedings, and any associated welfare costs required during that time. This would alleviate any perceived social burdens that arise from immigration. It should, however, be left to the most local level actor to stipulate more specific concerns beyond crime, as to avoid generalising to areas where those concerns do not apply.

In an ideal world, there would be the opportunity for free movement of people to wherever is in their best interest. Sadly, due to the perverse incentives created by current welfare systems, an open border system would not send out accurate price signals of economic opportunity, distorting the reasons for migration. Private sponsorship regimes sidestep this issue by attaching liability to specific people rather than the state as a whole. This means that new immigrants will not be economically disincentivized by the gap in their access to welfare, as private sponsors are ensuring opportunity, but they will also not have the ability to be a tax burden on anyone other than the willing private sponsor. Localising to individuals, such a private sponsorship system would cut out a lot of the waste associated with current immigration regimes, until a time when welfare reform would allow for freer movement with better incentives.