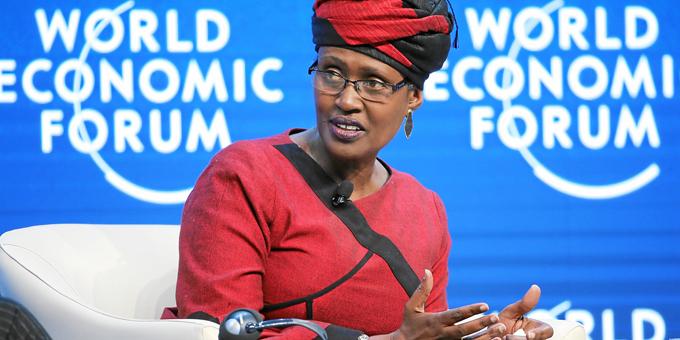 Oxfam’s latest report on Global Inequality entitled “Reward Work, not Wealth” continues its tradition of setting the tone for the World Economic Forum this week in Davos, Switzerland. While on the face of it the world looks like it is becoming less unequal as 42 people are claimed to control half the world’s wealth this year, as opposed to the eight people Oxfam claimed had the same share in 2017, data set revisions allow the report to conclude that the trend of “widening inequality” persists. This improved data set, however, did not accompany a substantial and badly needed revision in Oxfam’s methodology, which remains a flawed means of calculating inequality.

Their statistic on global inequality is based on one’s net wealth, i.e. assets minus liabilities. Income is excluded from the calculation. This measure, however, is not an accurate measure of living standards. For example, one can feature a fragile financial position (high liabilities), and yet carry a good life thanks to his/her high income.

Human capital also plays a role. For example, a Harvard graduate who is working at an entry level job has little or no capital assets and a significant amount of student debt. Yet, that debt is an investment in his future earning potential which is only currently unrealized. It would be inaccurate to refer to this individual as deprived. Compare this to a rural Chinese farmer with limited assets, but little to no debt. Given Oxfam’s calculations, the rural farmer ranks far higher in the global wealth distribution than the indebted college graduate mentioned above. This failure to account for the returns on future investment, risk, and the expected changes in individual wealth and earnings, severely distorts evaluations on one’s economic position.

Oxfam supposedly addressed this issue in their latest report by calculating inequality after removing individuals with negative net wealth from the data set. When they do this, Oxfam find that the wealth of 128 billionaires, instead of 42, equals the bottom half of the world’s population. This statistic does nothing, however, to address the methodological problem of a net wealth calculation. It is not just that a Harvard graduate is not as poor as a rural Chinese farmer. It is that all those classified with negative wealth may be actually better off than Oxfam believes. By simply getting rid of those who are in net debt and forgetting about incomes, Oxfam is not fixing their flawed method. Instead, they are blurring the picture.

Oxfam also ignores future claims, such as inheritance and pensions, which affect the decisions people make today and their quality of life. In truth, Oxfam’s “An Economy for the 99%” briefing paper tried to dismiss claims that pension funds are a form of wealth. Oxfam argued that “even in countries where pension funds are significant institutional investors, in effect sharing the returns with pensioners, their share of these lucrative assets has been declining.” Even if this were the case, declining pensions does not mean they are irrelevant to net wealth. In fact, pension funds and liabilities are a growing share of the global economy. Pension funds are rapidly expanding around the world, according to research by Willis Towers Watson, with China having the fastest growth rate. Pension claims represent a substantial part of the future income of individuals, and their pension expectations heavily influence current financial decisions.

The headline grabbing nature of Oxfam studies results from presenting statistics about the top 1% or the bottom 50%. Yet, the desire to present shocking values ends up delivering a distorted view of what really happened in the past decades. If you look at the people earning above $50,000 at purchasing power parity, their number has kept rising as the world economy grew. Our World in Data considered income distribution over time. Their findings reveal that as the world’s rich increased their earnings since the Industrial Revolution, so did the world’s poor. True, the gap between the rich and the poor has increased. Yet, the number of high- and middle-income earners has increased significantly, while the number of people with low incomes has decreased, despite the rise in world population. 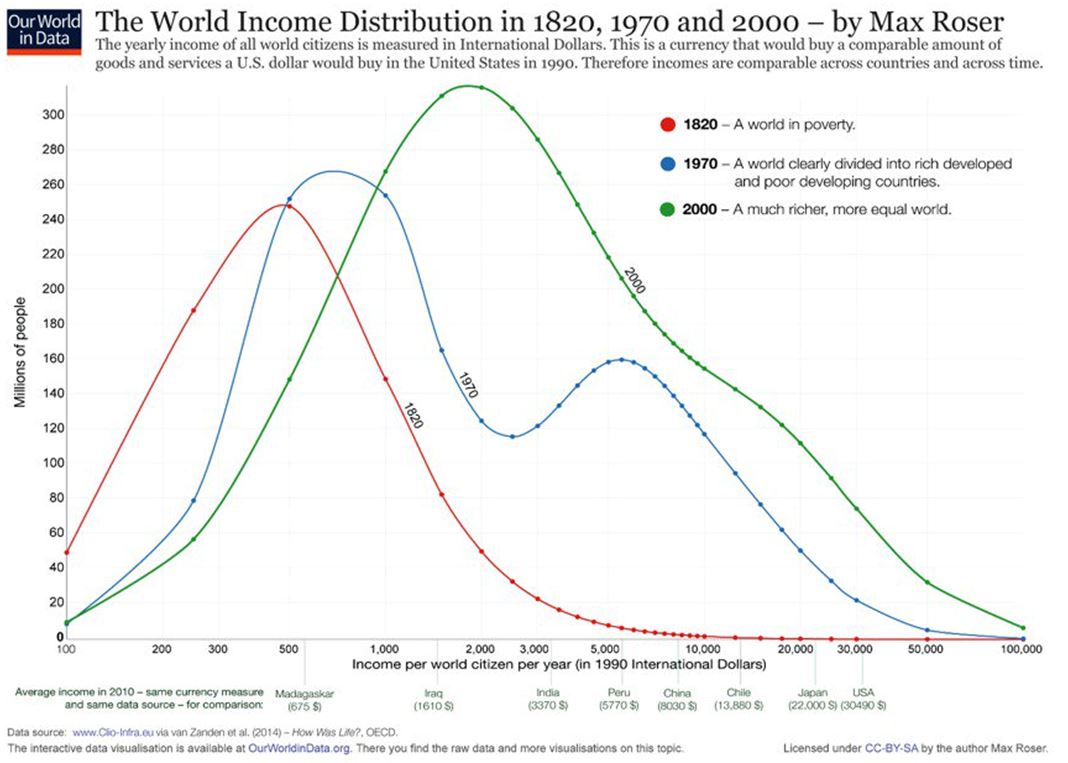 Furthermore, Oxfam fails to draw attention to the fact that the identity of the rich is not always the same. Dynastic wealth does not exist in market economies the way it did in the age of privileges and aristocracy. Wealth is created and destroyed, and those in the rich group rotate in and out of that category continuously. Those in the top 1% by wealth in more liberal market economies such as the US and UK are largely self-made, with only 12.6% and 12.5% inheriting their wealth, respectively. Findings by Thomas Hirschl and Mark Rank reveal that 50% of Americans spend at least one year in the top 10% by income, and that and 11% spend at least one year in the top 1%. The dynamism of modern market economies is a wonder to be beheld, not some oppressive system to be scorned. 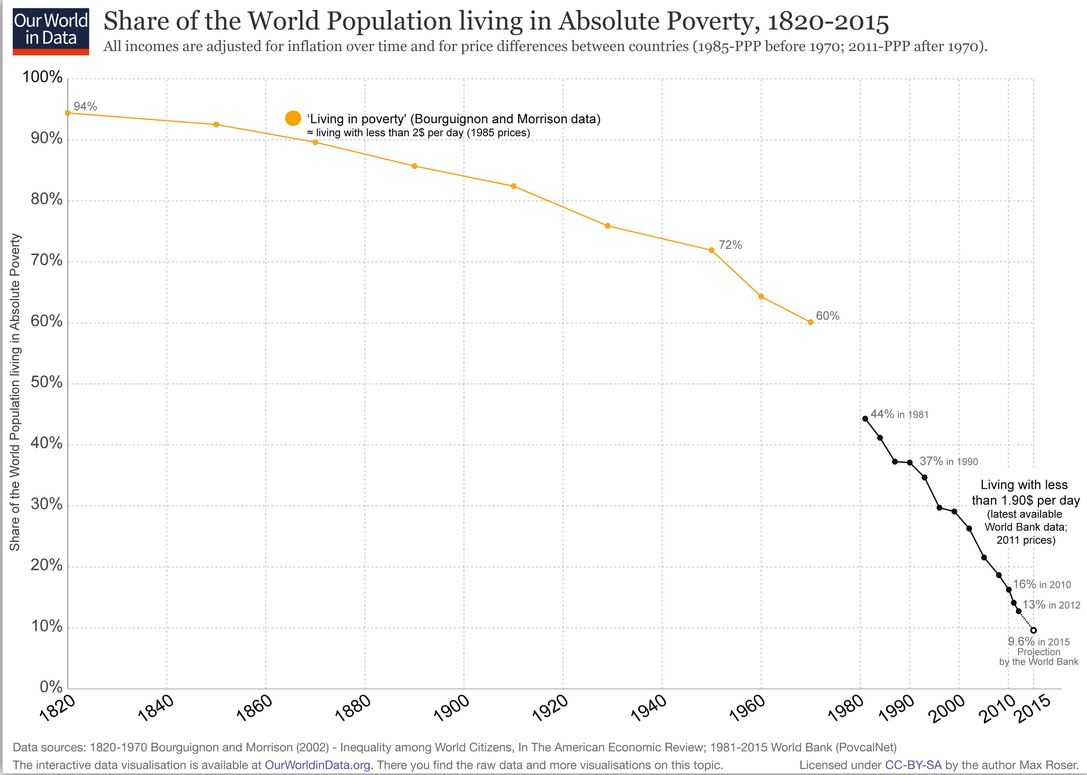 Oxfam’s policy prescriptions, from caps on executive pay and shareholder returns, to a global wealth tax to fund massive programs of redistribution, would jeopardise the incentive system that has fuelled global prosperity. If inequality is to be viewed as a problem, the focus should be on rent-seeking, regulation and all those institutional arrangements that entrench inequality and discourage social mobility and productive education. Oxfam, if it is to be taken seriously, should be similarly concerned with tackling the issue of ideological bias and poor-quality research. Only with greater intellectual honesty can sound policy proposals be formed. 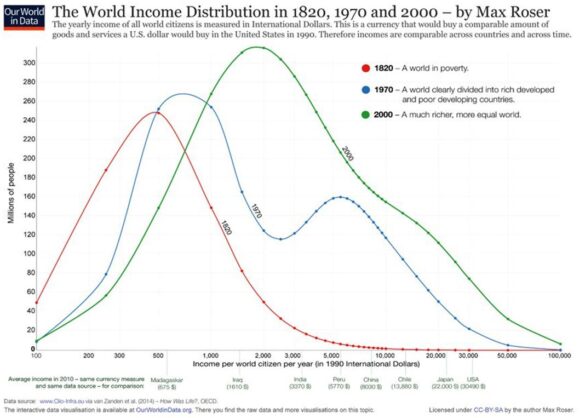 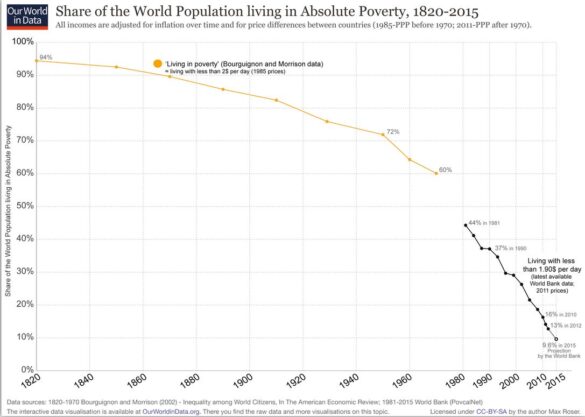