Public Debt in Germany: Will the Debt Brake Change the Trend? 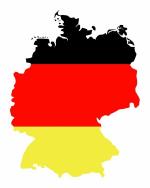 Like in most European economies, public debt in Germany is characterized by a secular upward trend. There are reasons to believe that the current trend is not sustainable. The ratio of debt to GDP is expected to reach 76,5 percent this year (Deutsche Bundesbank 2010), which implies a ratio that is more than doubled since 1980. Looking at the time-series since the mid-1970s (e.g. Sachverständigenrat 2009, p. 373), one can infer that the responsibility for this long-term increase falls both to the federal and state governments, with the impact of the former being about three times as large as the impact of the latter. One can also infer that, after the Keynesian fiscal policy experiments in the 1970s, the debt-to-GDP ratio stagnated for much of the 1980s, and increased again in the early 1990s following the German re-unification. Following periods of stagnation are then punctuated by the end of the internet bubble at the beginning of the last decade, and by the recession following the most recent financial crisis.

Increasing debt-to-GDP ratios in Germany are therefore largely caused by crises and other extraordinary events. In normal periods, characterized by moderate GDP growth rates, the ratio is, by and large, kept stable. The downside of this pattern is that periods of normal or strong GDP growth are almost never characterized by actual fiscal consolidation, in the sense that the ratio is diminished to the pre-crisis level. In order to avoid the problems caused by ever-increasing debt-to-GDP levels, an institutional reform that enforces long-term fiscal consolidation has now been introduced in Germany, the so-called debt brake. In this short note, the necessity of introducing the debt brake and its expected effects are discussed.

Why exactly is the current trend of public debt unsustainable? The financial markets do not seem to be overly concerned with German public debt thus far. Quite to the contrary: Returns on Germany’s government bonds exhibit a long-term declining trend for the last four decades (see Feld 2010). However, the weight attached to available peaces of information by the financial markets often changes quickly. If, for example, the European Union does not come to a convincing reform of its stability pact, then the burden of the implicit guarantee that countries like Germany have issued for the public debt of the PIG- and other fiscally challenged member states, may quickly lead to increasing risk-premiums also for Germany. It would be prudent to reduce exposure to the risk of increasing risk-premiums before they eventually turn into a reality and cause large additional burdens for the federal and state budgets.

There are other problems that also ought to be taken into account. One problem is that returns to government bonds, albeit being relatively low recently, are nevertheless typically higher than GDP growth rates in Germany. In the absence of fiscal consolidation efforts, the debt-to-GDP ratios will continue to rise. At some point in time, fiscal consolidation will become inevitable, but the longer it is postponed, the more costly it will be in terms of forgone budgetary leeway for other, non-interest public expenditures. The other problem is implicit debt, accounting for future government liabilities that result from, among others, social security payments. Raffelhüschen et al. (2010) have recently estimated Germany’s implicit debt to be standing at around 230 percent of GDP.

All of these debt-related facts suggest that Germany is certainly not on the verge of government bankruptcy, and there are no immediate emergencies looming. However, prudence and a time-horizon that reaches beyond the next election day both demand that the trend of increasing debt-to-GDP ratios should be stopped or reversed, and sooner rather than later.

The debt brake: a quick overview

The debt brake, which has been enacted by the upper chamber of parliament in June 2009, is a constitutional reform. The revised Art. 109 of the German Grundgesetz now states that the yearly federal and state budgets are to be balanced with zero government net new borrowing. However, the federal government is granted some wiggle room to run a deficit of 0,35 percent of GDP per year. The state governments, on the other hand, do indeed face a strict limit of zero for net new borrowing. There are two important caveats. First, in case of a natural disaster or other extraordinary emergencies that are beyond the government’s control, the issuance of new net debt is permitted. Second, it is allowed to use debt finance during a recession, provided that the net borrowing limit is observed over the entire business cycle.

The procedure of determining the business cycle component for calculating the permissable deficit is similar to that required by the European Stability and Growth Pact. Compared to the status quo ante, this introduces a higher degree of objectivity to the budget process. Under the old regime, it was possible to simply declare a macroeconomic distortion and thereby suspend the constitutional debt ceiling. If, on the other hand, an increase in public debt is not to be justified by a recession but rather by an extraordinary emergency, then a qualified majority in parliament is needed to confirm that such a situation indeed exists. Finally, unexpected deviations from the deficit limits are recorded in a control account. If the deviations accumulate to 1.5 percent of nominal GDP, a redemption plan is required to be made and adhered to.

It is also worth noting that the deficit limits are to be corrected for financial transactions. An example are one-off cash-flows from the privatization of publicly held companies, or from the sale of any other publicy held assets. Such revenue does not count against the deficit limit. Since transactions like these only imply a swap of one asset against another, rather than effective government revenue, this correction appears reasonable. It is also in congruence with the Stability and Growth Pact.

The debt brake also introduces an organizational novelty, the so-called stability council (Stabilitätsrat). Its purpose is to continually monitor the budgetary policies of federal and state governments. Members of the stability council will be the finance ministers of the federal and state governments, and the minister of economic affairs. The new council will add some transparency relative to its institutional predecessor, as it is planned to publish all reports by the council, as well as the material on which its consultations are based. Furthermore, negotiations between the federal and state governments become more structured with the introduction of the council. It will play a role in the negotiation of fiscal consolidation programs and transfers for states that are in financial distress. The council arranges such programs with the respective government and monitors their implementation.

The debt brake orders the federal government to begin with its effort towards consolidation with the 2011 budget. In 2016, at the latest, the deficit limit of 0,35 percent of GDP is to be met for the first time. The state governments have time until 2019 to consolidate the budget, and must fully conform to the zero deficit limit from 2020 onwards. During the transition period, five states with particularly high interest burdens in their budgets receive federal transfers in order to facilitate the transition to the new regime.

As we have seen above, the debt brake does not introduce a complete and unequivocal ban of deficit finance in Germany. The federal government retains an, albeit small, scope to run deficits. However, if the long-run average rate of GDP growth is above 0,35 percent, and if the new rules are indeed adhered to, then a decline of the debt-to-GDP ratio will be observed. The interest burden in future budgets will decline, and a long-run effect of the debt brake will be an increased budgetary leeway for the production of public goods. All this will be the case if the new constitutional provisions do indeed translate into accoding policies. Experience suggests that this will not necessarily be the case.

For example, it remains to be seen to what extend the loophole regarding natural disasters and extraordinary emergencies will eventually be used by policy-makers. The question of what constitutes an extraordinary emergency and what not is to a large degree open to interpretation. Recent experience on the European level suggests that we should brace ourselves for tremendous outbursts of creativity by respresentatives willing to interpret away the content of formal rules that, strictly enforced, would substantially reduce their leeway. Nevertheless, the new provisions certainly are a progress relative to the old Art. 115 of the Grundgesetz, which capacitated the minister of finance to simply declare a macroeconomic distortion and run a deficit as high as he desired. The failure of the old provisions is thus not very surprising: Rules that are made and completely controlled by the representatives themselves are seldom effective (see also Kirchgässner 2002).

This is different now. The new provision demands an absolute majority of members of parliament in order to have an emergency situation declared. In small coalition goverments, few defecting members can suffice to avoid this declaration. Furthermore, having a parliamentary debate will make the government’s arguments more transparent, and invite challenging arguments from the opposition. The conditions for declaring an emergency situation thus become stricter. Furthermore, this procedure is now reduced to real, extraordinary emergency situations. Normal macroeconomic fluctuations are automatically taken care of through the corrections for the business cycle.

An even more important point is that the state governments are now included in a formal deficit-control mechanism. Under the old regime, financially challenged state governments could hope to simply receive additional vertical transfers from the fedral government, and have their fiscal problems solved or at least reduced. The state governments benefitted from a soft budget constraint, which provided them with an incentive to run inefficiently high expenditures (see also Rodden 2006). The effect of the debt brake on sub-central fiscal policy can therefore be expected to be particularly large.

The major problem, however, is a lack of clear and rigorous sanction mechanisms in case a state or federal government does not comply with the provisions of the debt brake itself, or with redemption plans negotiated with the stability council. Recent experiences in the European Union clearly show that politicized sanction mechanisms, that require the consent of fellow politicians, are not very effective. The propensity of representatives is very limited to enforce rules against a colleague on one day, when the rules could turn against themselves the next day. Birds of a feather flock together, after all. It would also be helpful in this respect to staff the council with additional full members (with full voting rights), representing for example the Deutsche Bundesbank as a politically neutral organization.

The bottom line of this short discussion of the German debt brake is somewhat ambiguous. A well-functioning mechanism for future control of Germany’s debt-to-GDP ration would be very welcome. But while the debt brake represents some progress compared to the former institutional framework, some doubts with regard to its efficacy remain. As we have seen above, some key provisions are subject to interpretation and might be worked around by sufficiently shrewed representatives, driven by short-term self-interest. In particular, the lack of automatic sanctions against defecting governments is worrying, and likely the first starting point for future institutional reform.

* Dr Schnellenbach holds the Chair for Public Economics at the University of Heidelberg, Germany.

Are there some good alternatives to the GDP measure?