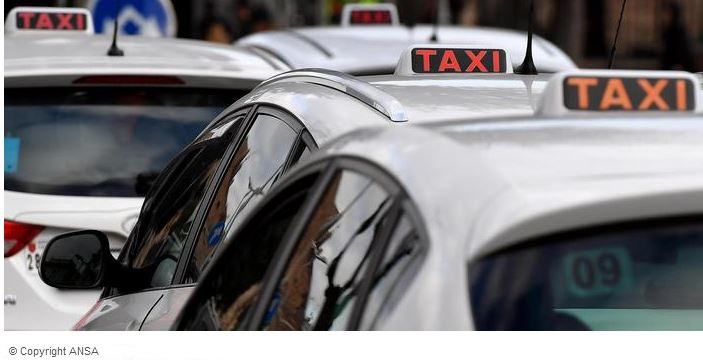 In February 2017, the Italian government defused a heated confrontation with the representatives of licensed taxi drivers. They were asking for protection against forms of allegedly unfair competition, such as the platform Uber. The solution has been found when the government promised to put forward a thorough re-organization of the sector, accompanied with a strict regulatory framework. Surely, more regulation and barriers to entry may be welcome by incumbents, i.e. taxi drivers already possessing a license, but they cannot bring efficiency and prosperity to a sector that already charges among the highest fares in Europe. Uber, however, cannot be the solution. Uber relies on monopsonistic power that allows it to face low costs (i.e. the remuneration of taxi drivers) and requires monopolistic rents to survive. Only competition and liberalisation will provide sustainable innovation and lower prices for customers.

At the end of February, the Italian taxi customers witnessed a confrontation between licensed taxi drivers and the government that culminated in a national strike. The argument was centred on the intention of the government to postpone until December 2017 a law introduced in 2008 that would impose additional regulation in the sector of public transportation. If implemented, the law would require unlicensed hired taxis to be parked only in company garages. In addition, customers would have to book a ride only personally at the garage. By prohibiting the use of telephone bookings or any other form of technology, the law would effectively foreclose the Italian market to taxi companies such as Uber.

The confrontation between licensed taxi drivers and the government did not last long. The two parts found an agreement on the promise that the government would issue two executive decrees: one on the organisation of the transportation sector and another on the introduction of a strict regulatory framework.

While the end of the strike has been welcomed by some as a successful solution to a complicated problem, the deal actually highlighted the inability of Mr Delrio, Minister of Infrastructures and Transport, to show real commitment to competition. The taxi industry currently presents very high barriers to entry. Not surprisingly, due to the lack of competition, prices are high. For example, the cost of taxi in Rome is 41% higher than in London.

Many have seen the attempt of Uber to enter the Italian market as an opportunity for effective competition and technological innovation. Uber allows customers to book and pay for a hired taxi wherever and whenever they want, downloading and using a simple app on their smartphones. Moreover, Uber does not own the vehicles and does not employ drivers. It only provides a platform to connect demand and supply.

Can Uber be the solution?

We have already highlighted that the business model based on the sharing economy can increase the efficiency of a sector. The idea is that sharing unused resources can increase efficiency and wealth.

Notice, however, that, given its organization and business model, Uber makes it easier to book a taxi, but it is not actually providing any additional service to customers. In other words, customers get a standard taxi ride. It follows that the profitability of Uber is rather limited. Actually, in the last seven years Uber has made losses for 4 billion dollars.

Leaving aside issues related to quality standards and the recent calls to Uber to change (or acknowledge) the status of drivers from freelancers to employees, the sustainability of its business model employed is rather questionable. To survive and possibly prosper, Uber requires monopoly and monopsony power, i.e. the ability to earn significant margins while containing the costs of employing new drivers. It follows that the business model proposed by Uber, as it stands, hardly can be the solution to the lack of competition in the Italian transportation sector.

The way forward cannot be Uber. It is competition and deregulation. Regulating the market in line with a 2008 law that clearly intended to protect the rights of incumbent taxi drivers is disappointing and clearly harmful to consumers.

All entry barriers must be removed, starting with the license system. Any form of technological innovation should be welcome, rather than prohibited. If the government had the courage to seriously liberalise the market, new competitors would enter the sector, bring new services and technologies (like Uber). This way customers will experience a reduction in prices and, possibly though technological innovation, a better service.

In other words, the public transportation sector is only one of the many industries in Italy that require the introduction of drastic forms of privatization and liberalization. About a year ago, an OCSE study estimated that an increase in competition in important industries would increase Italian GDP 2.6% in 5 years.

After the confrontation with taxi drivers in February, the government favours a soft injection of competition. This is disappointing, discouraging and misleading. It appears clear that the current Italian government is more interested in self preservation and avoiding conflict internally and externally, rather than taking action to improve the economic outlook for the country.