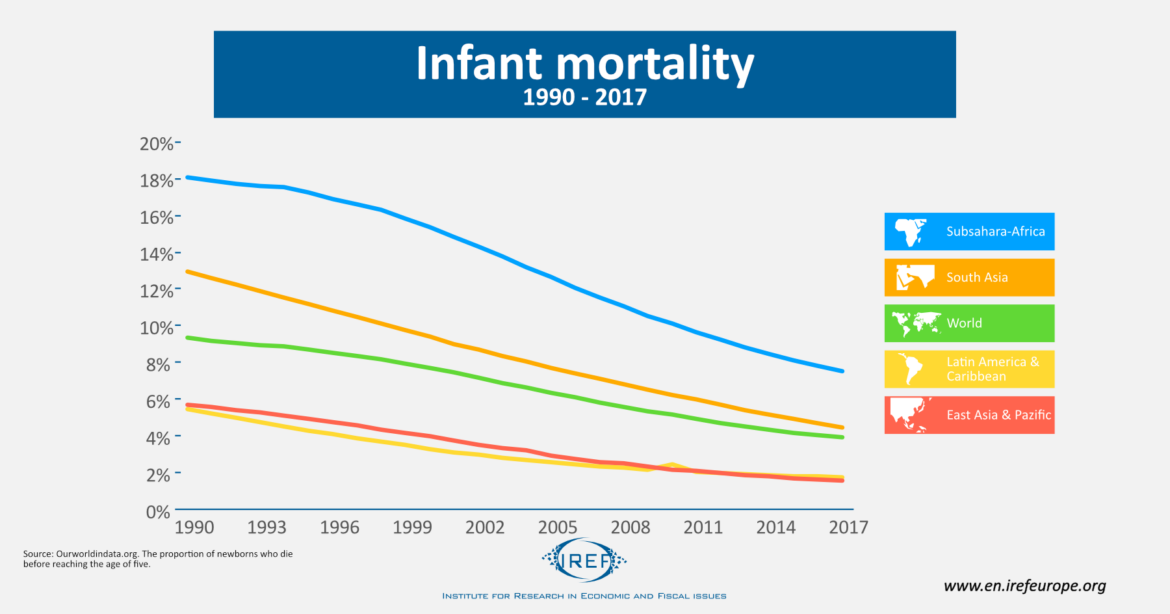 Coronavirus has spread quickly across the globe. As a result, healthcare systems in several industrialised countries have been pushed to and beyond the verge of collapse. The virus has now also reached poorer countries in Africa. Although it spreads rather slowly there and hits a younger population, it is feared that people in poorer countries will be hit particularly hard considering the relatively ill-equipped healthcare systems. In these countries, healthcare does not meet Western standards. Yet, in recent years reveals significant improvements have taken place, and today most poor countries are better prepared for health challenges than they were 20 years ago. This also regards pandemics like the current one.

Healthcare expenditure around the world

Equipment like medical devices, expendable materials, pharmaceuticals, and trained workers build the foundation of high-quality medical care. The level of healthcare expenditure, therefore, shows to which extent resources can be mobilised.

A rise in income correlates with expenses for health. In 2017, average healthcare expenditure globally amounted to about $1,450 per capita, given purchasing power parity. The highest spending of over $10,000 per year occurs in the US. The lowest expenditure, merely $37 per capita, is in Congo. Both countries are representative of their continents. Botswana and South Africa positively stand out, exhibiting about $1,000 per capita. In Latin America, Venezuela is far behind with about $140, whereas Chile, Uruguay and Argentina spend about $2,000 per year. In Asia, healthcare expenditure is relatively low except in South Korea and in Japan, although the average is higher than in African countries. 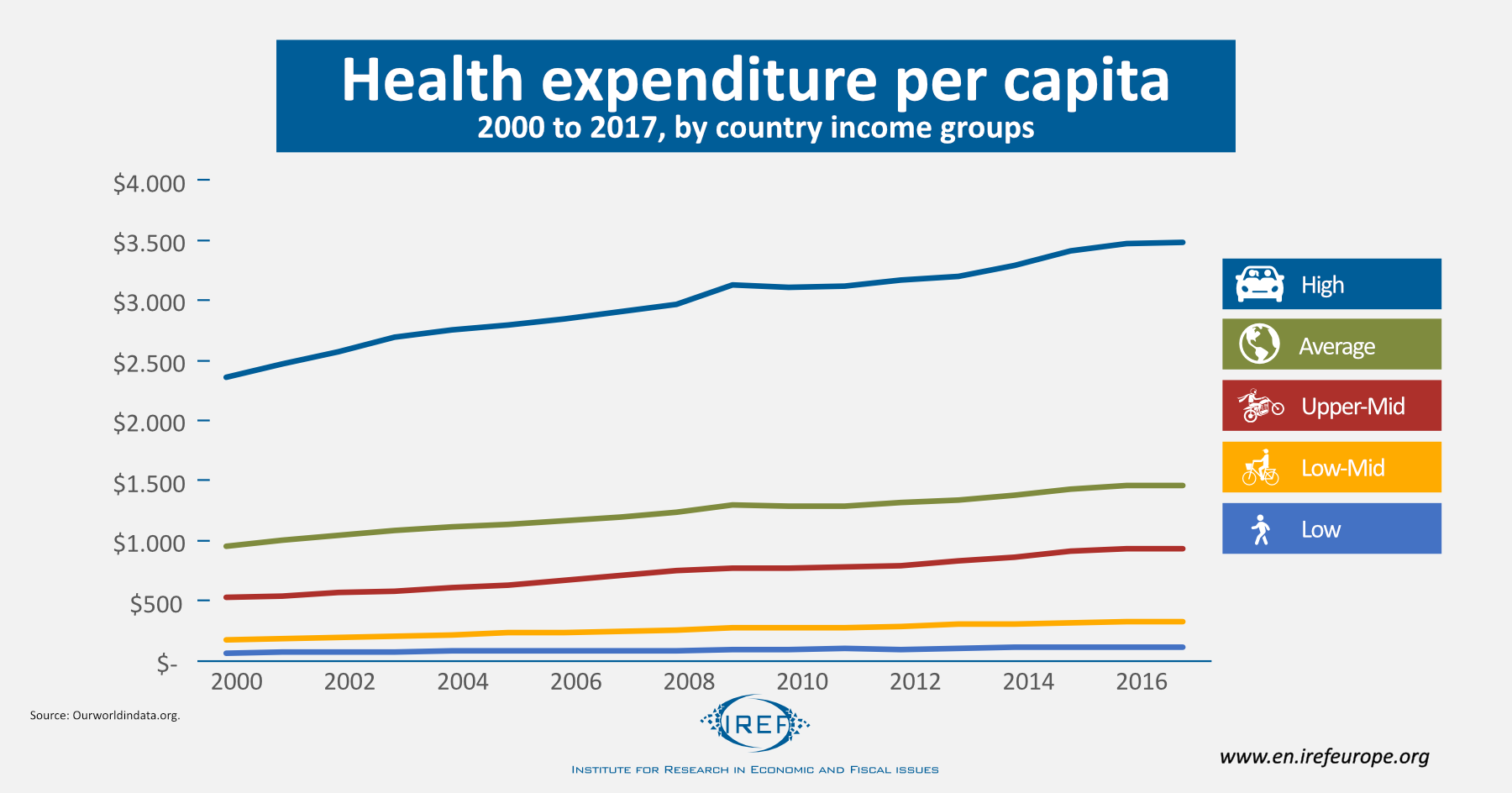 While an additional $40 per year might not sound like a lot, it can make a significant difference. Much progress can be made with little additional money if it is well. Vaccines, for instance, belong to those measures with the best cost-benefit ratio and are usually cheap.

Higher life expectancy at birth is related to the decrease of infant mortality, which has more than halved since 1990 and decreased the strongest in poor regions. As such, the portion of infants and children in sub-Saharan Africa who died before the age of 5 decreased from 18% (1990) to less than 8% (2017). 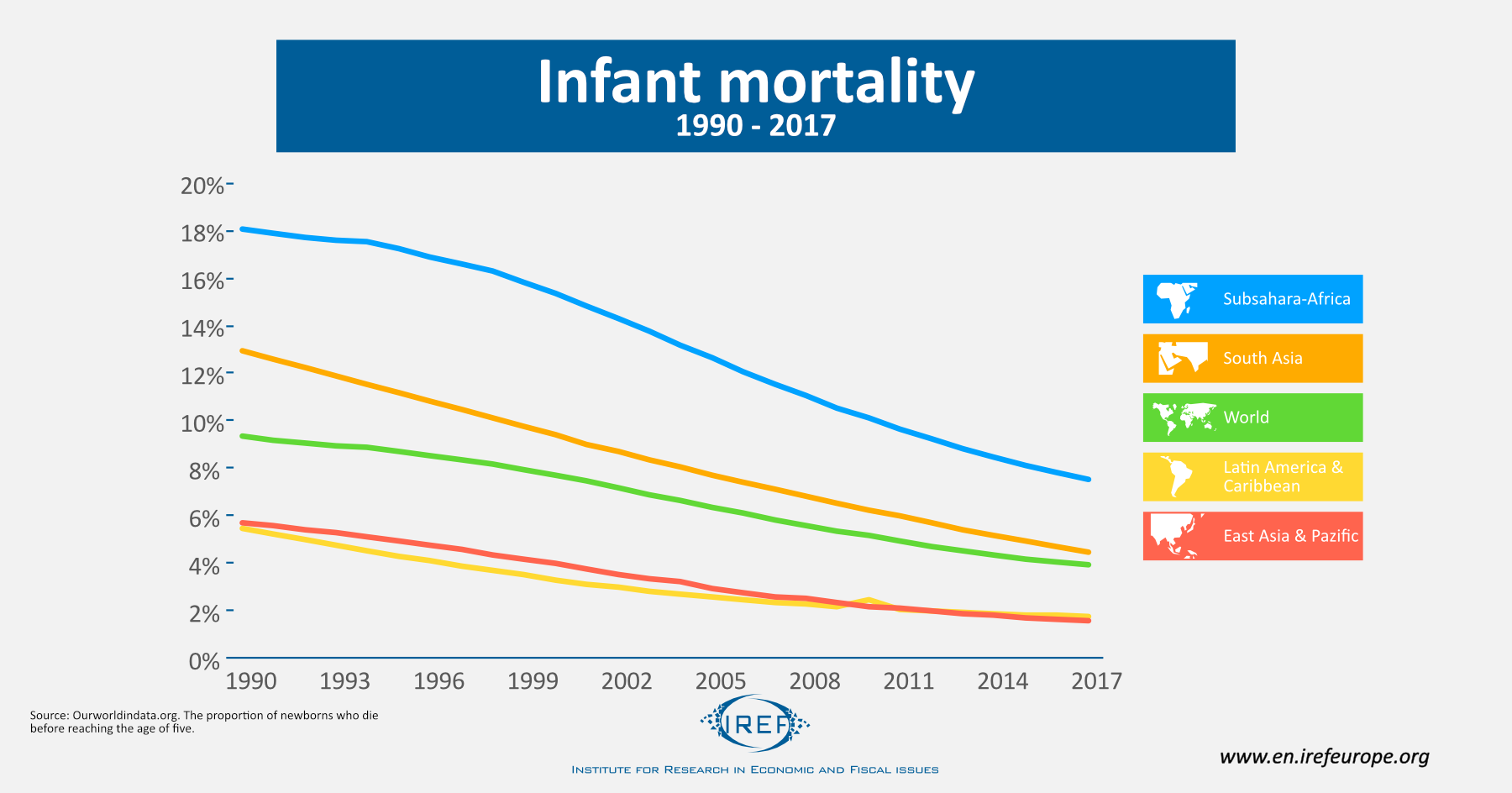 Better access to clean water and better nutrition played an important role. Vaccines also made a significant contribution to prevent potentially fatal diseases in children. The portion of one-year-olds vaccinated against diphtheria, tetanus and whooping cough increased globally from 77% in 1990 to over 85% in 2017. In sub-Saharan Africa, it increased from 57% in 1990 to over 72% in 2017.

Healthcare is still inadequate in many parts of the world, especially in sub-Saharan Africa. The concern that the coronavirus pandemic might hit people in poorer countries particularly hard is therefore justified. Yet, it is to be expected that the improvements of healthcare in poor countries throughout the last decades will contribute to mitigating the consequences of the current pandemic. There is convincing evidence that complications during an infection with COVID-19 are particularly common among people with pre-existing health conditions; such conditions are likely to be less prevalent among people in poor regions than they used to be.

In recent years, there has been significant global progress with regard to healthcare, particularly in the poorest countries. These developments should help face the challenges of the ongoing pandemic and also justify long-term optimism despite concerns about the current situation. 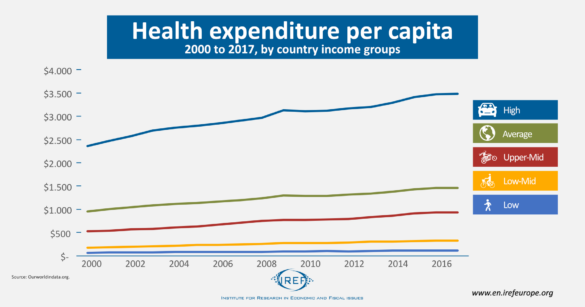 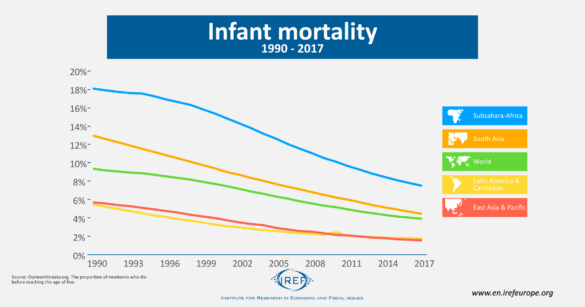