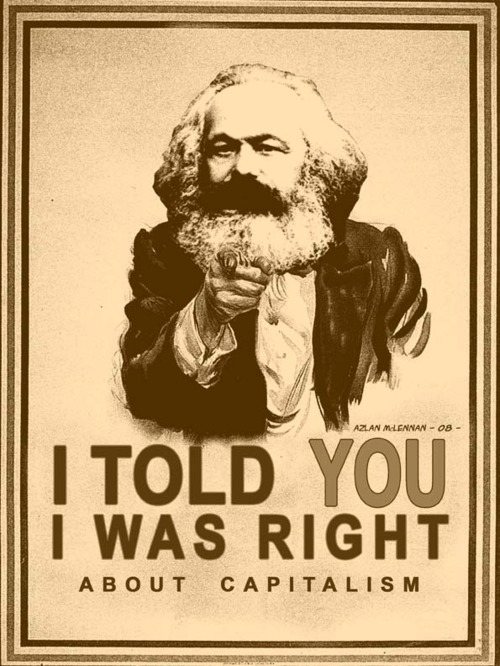 Each employed Slovak worker will pay about a week’s take-home pay in extra taxes so that their government can bribe Jaguar into creating a few jobs located in Slovakia (for a while). We present lessons this teaches us, one for each day of such week.

Which government bribed more, the Polish or the Slovak one? This week has seen a resolution of a €1.5bn saga over which of the two post-communist countries will take over from the UK the reins of industrial production of (some of) Jaguar cars, no longer sustainable on the island. It seems the Slovak government won, amid accusations by the Poles that in spite of Polish “huge incentives”, Slovaks simply bribed Jaguar more.

What does this development tell us?

The two locations are only about 300 km apart, and the whole area in between is filled with small automotive companies which are already supplying everything to local plants building KIA, Volkswagen, Peugeot and Citroen cars. Car manufacturers will buy parts from whoever offers the better deal. The political border that runs across the middle of the area will play little role.

This is true not only for employment in the upstream supplying chain but also in the car plants themselves. There is good evidence that in the region where boundaries of at least 4 mutually intelligible Slavonic states (CZ, SK, PL and UA) converge, workers with better skill-price mixture migrate to the factory – whichever side of the border it is.

2) EU Governments will pay almost anything for the mirage of “job creation”.

The Slovak government keeps claiming that the bribe to incentivize Jaguar to choose Slovakia “will not exceed the EU permitted cap”. That would make the total bribe about €350 million, i.e. over €100,000 for each job the government claims to have thus “created”. The paycheck to Jaguar will be financed mostly by the rest of the 2.3 million employed workers, about €150 each. This is roughly a week’s average take-home pay in Slovakia.

Slovak economy is already world’s most specialized in car production (over 18 cars per 100 Slovaks a year). As Adam Smith has shown already in 1776, specialization is behind most of our improved well-being over the centuries. But when governments try to over-specialize their economy in one product, it increases the risk of huge ”structural” unemployment if anything happens to world demand for the product. The government of Cote d’Ivoire, for example, coaxed the Ivorian economy in 1970s into cocoa production in 1970s. It worked for a while, but declining world prices since have left the economy over-specialized in cocoa. The same can easily happen to Slovak car specialization. The danger is not only from world demand, but also from countries cheaper-still – and from robots. Not even the “upstream jobs” will then be safe.

4) EU cap on government support is of little value

Various EU national legislatures impose different constraints on their governments’ power to bribe companies. An EU-wide cap is presumably meant to act on those governments which are permitted to be very loose with their bribes and to rein them in.

However, the cap fails in its mission in a situation when comparatively stricter national legislatures actually “loosen” their constraints on their governments so that they may “exhaust” all the available cap. And indeed, the Slovak government actually rushed through flash legislation in the last stages of Jaguar negotiations so that it could increase bribes “up to the cap’s limit”.

The situation therefore resembles other EU “constraints” that have over time transmogrified into “targets”. 3% deficit- and 60% debt-caps have over time evolved (in countries below the caps) into excuses why they should increase deficit spending since “they are not using up the maximum allowed”. EU Structural and Cohesion Funds are a similar story. They declare caps on how much EU money the poorer countries can draw to finance local projects, but as we have shown recently, most recipient countries are desperately scrounging for any projects, just to exhaust the cap.

5) The cap system incentivizes an unfair strategy in government negotiations

The accounting of what does and doesn’t count as legitimate and eligible government support (bribe) is very complicated. Court cases to settle propriety of such subsidies take decades to settle and receiving companies can never be sure whether cases would not be reopened decades down the line. Only two weeks ago, the French electricity company EDF was ordered to return €1.4bn it received in 1997 but which was now suddenly declared illegal.

Subsidies try to incentivize companies into coming. However, the uncertainty whether granted subsidies will actually stick creates a disincentive to expand production and increase local commitment.

In a worst case scenario, governments may actually try to play a game: promise something extra, over the hazily defined cap, and get their money “back” years down the line, after the company has built the factories and been ordered to return the “unfair” money over the cap. (Of course, companies will learn eventually, but new governments will pretend they are not like their predecessors.)
In fact, the current situation is somewhat absurd. It was the governments who “did wrong” by subsidizing over the limit, but instead of they having to pay a fine, it is the companies like EDF who have to pay – to the government, the culprit.

6) The ”stop unfair tax practices” EU initiative should be reversed 180° and stood on its head.

After much publicized cases of some companies receiving special tax deals from some EU governments (e.g. Juncker’s Luxembourg), the first half of this year has seen frantic efforts by EU policy-makers to “draft new laws to stop multi-nationals from exploiting different member state tax regimes to avoid taxes”.

Cases like Jaguar show that the real initiators of “special deals” are often not the multi-nationals but the governments, strangely competing over who will dish out more of their taxpayers’ money. Consequently, it is not the corporations but the governments that need to be watched over.

7) Marx may have been right about one aspect of modern “capitalism”.

For the classical liberal Thomas Hodgskin (1787-1869), “capitalism” was actually a rude word for a system of governments granting special privileges to capital-owning classes. Marx developed this further and sculpted it into a central problem of his world-view: the bourgeois State was in bed with the owners of capital and only ownership by the proletariat can break this unholy matrimony.

Today’s “job creating” schemes may be dressed like helping the workers, but the real beneficiaries are the multinationals. Companies need to follow price signals determine location, not ephemeral promises of bribes, ultimately paid by the workers themselves.

Can governments really save money by creating disasters abroad?