Subsidies: the real reason why foreigners cannot own land 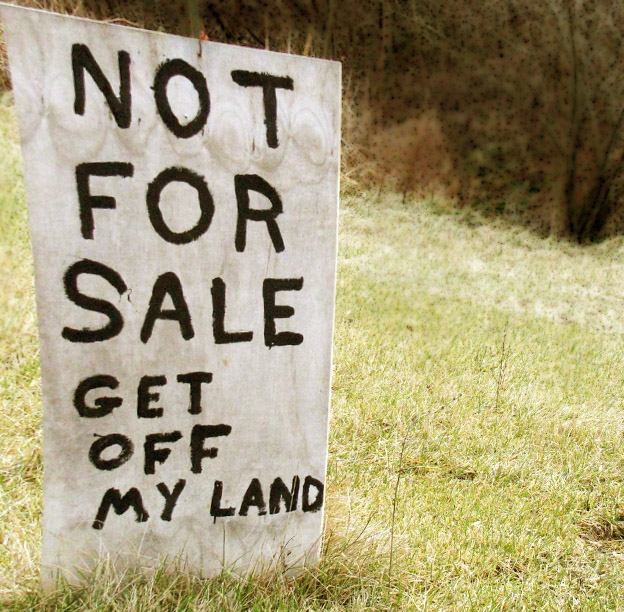 It is good when foreigners buy agricultural land. Johnny Foreigner will have evidentnly paid more than anyone else, and he can bring access to better capital, technology, know-how or marketing channels. That’s what the single market is for.
Yet governments fear him and legalise against him – like the Slovak government recently (and many others). Some see it as a protection for domestic landowners, but in reality it is subsidies that rule European agriculture. They seep through to landowners, and Johnny likes that. Reduce them, and Johnny won’t be so eager to come.

Slovakian government, like many others in post-communist Central and East Europe (e.g. Hungary, Lithuania), has recently renewed its commitment to preventing foreigners from owning land in the country, especially land used for agriculture. Like most other EU entrants, Slovakia had a post-entry protectionist window of 7 years (12 in Poland). Its temporary extension recently expired, so yet another new legislation was cooked up to replace it. The new law forces every owner of agricultural land trying to sell more than 2000m sq. to actively seek out a local farmer and sell it to her at what the law calls “the usual price”. (And no, you are not allowed to subdivide your plot into smaller pieces to circumvent the law, either.)

Ignoring the superficial PR stunt exclamations of “losing the land of our forefather to Johnny Foreigner”, this has been interpreted as a case of “large landowners wanting to protect the low rents they are paying on rented land”. While there is no denying that their lobbying has played a role in shaping the new law, this explanation is somewhat superficial. The real culprit are European subsidies.

Agriculture in Eastern Europe is operating in the shadow of large collectivised farms of its communist past and agricultural enterprises are often much larger. Nowhere more so than in Slovakia (and the Czech Republic) for whom the EU had to create a special category in its taxonomy of European farmland systems. In other countries the communist “cooperative farms” were dissolved, land returned to the villagers and most of them started farming on their own (often re-creating some cooperation from scratch). In former Czechoslovakia, however, the co-ops generally transmogrified into corporations which started to rent back (and buy) the restituted land from the villagers.

Many such corporations are owned by single persons, and it would certainly be in their interest to support a ban on international ownership. Greater pool of buyers would increase the purchase price of agricultural land which may be partly passed on into increased rents; perhaps even if the owner didn’t actually sell – the mere threat of selling would increase her bargaining position.

However, this cannot be the only reason. Foreigners have always been allowed to rent (and compete with domestic renters), so further internationalisation would have only limited effect. Besides, true Slovak “land-barons” might actually welcome the internationalisation of the land market since it would increase the value of the land they already own. Lastly, barons would most likely be outvoted by little owners (eager to sell) of whom there are more in an election (there is a rich agri-party political tradition in Slovakia). There must be some broad political interest to account for the effective ban extension. And there is: subsidies.

Once upon a time, European agriculture used to be about growing crops and livestock to supplement calories which Europe did not import from elsewhere. In this system nobody cared whether it was Romanians who produced it for the Slovak market. Not anymore. That system was killed by the Common Agricultural Policy. From the 1960s it started subsidising production.

Once upon a time, these subsidies took the form of payments per unit of output. However, today European agriculture is subsidised not per bushel of wheat or head of cow, but per acre. That acre doesn’t even have to produce the wheat or feed the cows. It can just sit there as a set-aside. In many national systems, it is actually the land-owners that can claim the subsidy, not the farmers. Naturally, therefore, it has become much more important who owns the land.

European subsidies are now completely devolved of their original intention (such as “food security”). They are seen as “free money from Europe” and agriculture just happens to be a vector through which they arrive. No wonder that national politicians do not want to give “their” subsidies to “foreigners” who do not vote for them. (In most EU election systems, foreign residents can only vote for EU and local representatives, not for national parliaments.)

The fact that subsidies increasingly permeate from farmers to land-owners is not restricted to post-communist Europe. In Germany, for example, about two thirds of all subsidies paid to farmers end up in the hands of landowners. Furthermore, the rate at which subsidies are converted into rewards to landowners depends on land concentration: the more individual subsidy entitlements per acre, the less they stay with the farmers. When Slovakia makes is difficult for foreigners to own the land, it makes sure the money stays with the local landowners – who may be poor or rich.

Social implications of this process depend on the structure of land holding. In countries like Poland (whose foreign ownership moratorium is about to expire) where it is mostly owned by small owner-farmers, one may just about be able to defend an argument that subsidies go to the (relatively) less well-off in the society. Though impossible to justify on efficiency or “food security” grounds, agricultural subsidies could at least be thought of as a part of redistributive social policy.

In countries like the UK, however, where land ownership is very concentrated, agricultural subsidies go straight to the rich. 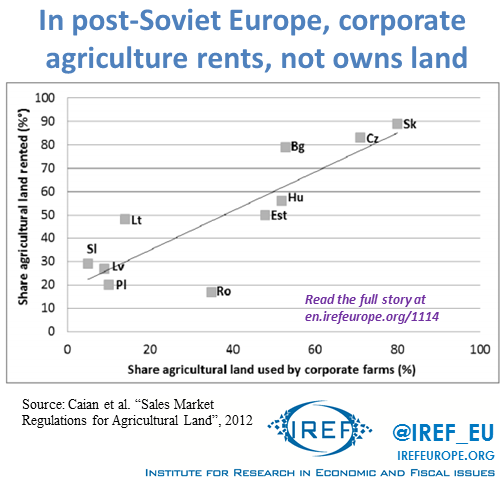 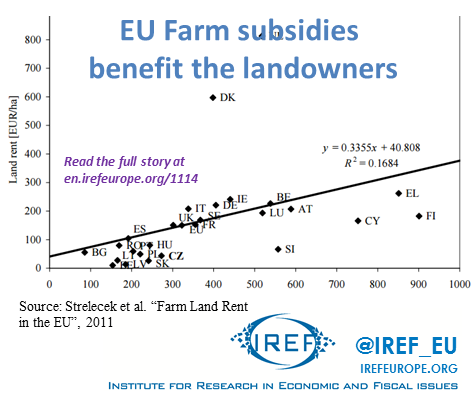