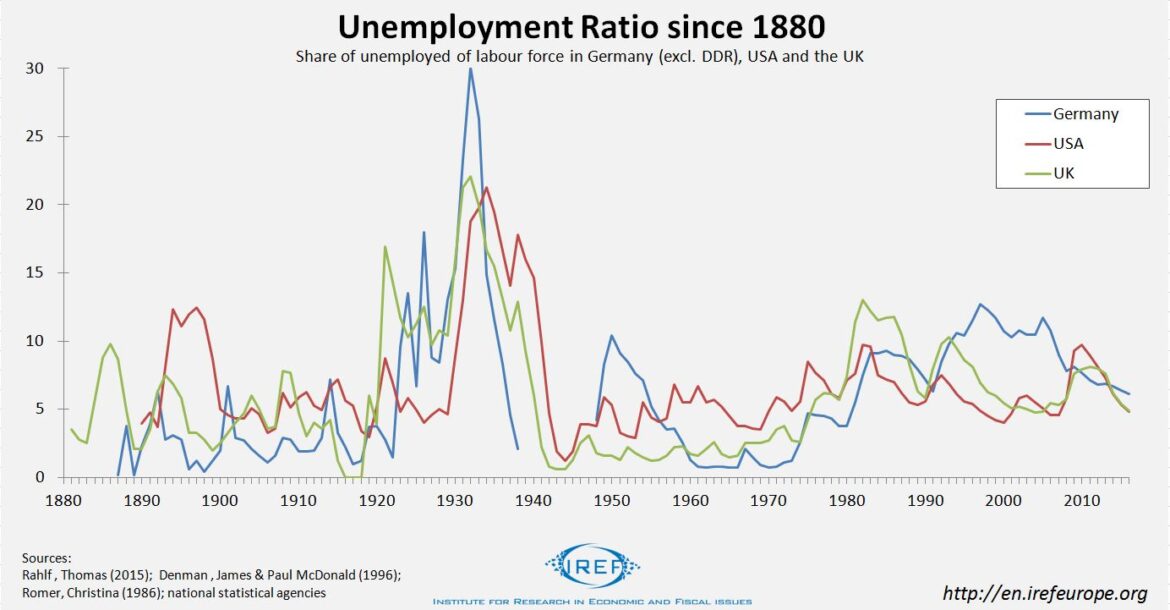 Robots will significantly alter the working life over the coming decades and will take over many tasks which are currently performed by humans, for example in care and nursing, in the logistics sector or in legal counselling. Undoubtedly, humankind benefits if robots take over other tedious tasks. Nevertheless, the increasing robotisation of the working life causes discomfort for many people. They are afraid of growing unemployment and inequality.

The demand for taxation of the deployment of robots is gaining in popularity – first of all, to slow down progress and second of all, to compensate alleged losers and alleviate income inequality. Previous automation phases were accompanied by similar fears, but over the mid-term led to higher real wages and did not increase unemployment. Only few people today would dial back clocks and give up the advantages of the loom, mass production or computers.

The fourth industrial revolution again holds the potential for massive wealth gains which could only be reduced by a robot tax but not distributed. For all people to receive a share of the fruits of progress, open markets and many capital owners are needed.

Robot Tax gains in Popularity
“When a robot takes over the job of a human, it should get taxed in a similar way as a human worker”, according to the probably most famous promoter of a robot tax, Bill Gates. Also, other personalities from politics, economics and sciences made statements in favour of a robot tax, including Steven Hawkings, Benoît Hamon, Thomas Straubhaar, Frank Appel, Robert Shiller and the Austrian chancellor Christian Kern, who gathers 80% of his compatriots behind him regarding this topic.

Their argument goes like this: Following the robotisation of the working life the incomes of the robot owners increase while people whose jobs consist of replaceable tasks face falling wages or even lose their jobs. This leads not just to an increase in unemployment and inequality, but also strains the welfare state which is dependant on social security contributions and income taxes. A possible antidote would be a tax directed at the usage of robots, financing redistribution and new jobs. Furthermore, the robot tax would be able to slow down progress and give people time to adapt to the new working environment.

Practical Issue: What is a Robot?
What at first appears to be a reasonable response to the changes in the working life turns out to be afflicted with several problems. For instance, it is not clear which part of the capital stock should be regarded as a robot and therefore be subject to taxation.

Each tax requires a clear tax base. Even though we all have a clear picture in mind when thinking of a robot, it is not as easy to clearly define, which parts of the capital stock should be subject to a robot tax. While conventional definitions assume technical apparatus to take over mechanical tasks, proponents of a robot tax have a broader definition in mind. They also want to protect “intellectual workers”, such as bankers or lawyers, from automation. Not just the filling line in the brewery, but also the pc running a consultancy software would therefore be a robot.

But did the plough and the container not destroy many more jobs than any robot? If the key criterion is in fact that robots replace human labour than a consistent tax would have to include non-robotic tools as well – and would therefore not be very different from already existing capital gains taxes.

Practical Issue: Can robots be taxed?
Even if a consistent definition of the taxable robots would be found, it would raise the question, how the tax base of a robot tax would be determined. Robots do not acquire income, which could be taxed directly. Instead, companies deploying robots or robot owners would get taxed. A possibility would be a tax on those parts of the capital stock that can be identified as robots. Alternatively, the profit or revenue could be variably taxed linked to the intensity of usage of robots. Robot owners could pay higher tax rates as part of their income tax on the proceeds from the deployment of robots.

In practice, all these suggestions imply an additional income tax. If a comprehensive definition of a robot is applied, a robot tax is in fact just an increase of the capital gains tax, which in the long run would not affect the capital owners but the consumers and employees. If a narrower definition is applied, the tax would depend on a complex and arbitrary set of rules and would thus provide an occasion for all sorts of lobbying activities, distribution struggles and evasive reactions.

Typically enough, most promoters of a robot tax circumnavigate the matters of definition, as well as the question of the specific implementation.

Automation: A Success Story
The change of the working life is not a recent phenomenon. The mechanical loom and the steam engine nourished the worries among contemporaries that humans would soon run out of work. For instance, Karl Marx in his famous book “Das Kapital” noted the alleged natural law that “[t]he labouring population therefore produces, along with the accumulation of capital produced by it, the means by which itself is made relatively superfluous, is turned into a relative surplus population; and it does this to an always increasing extent.” 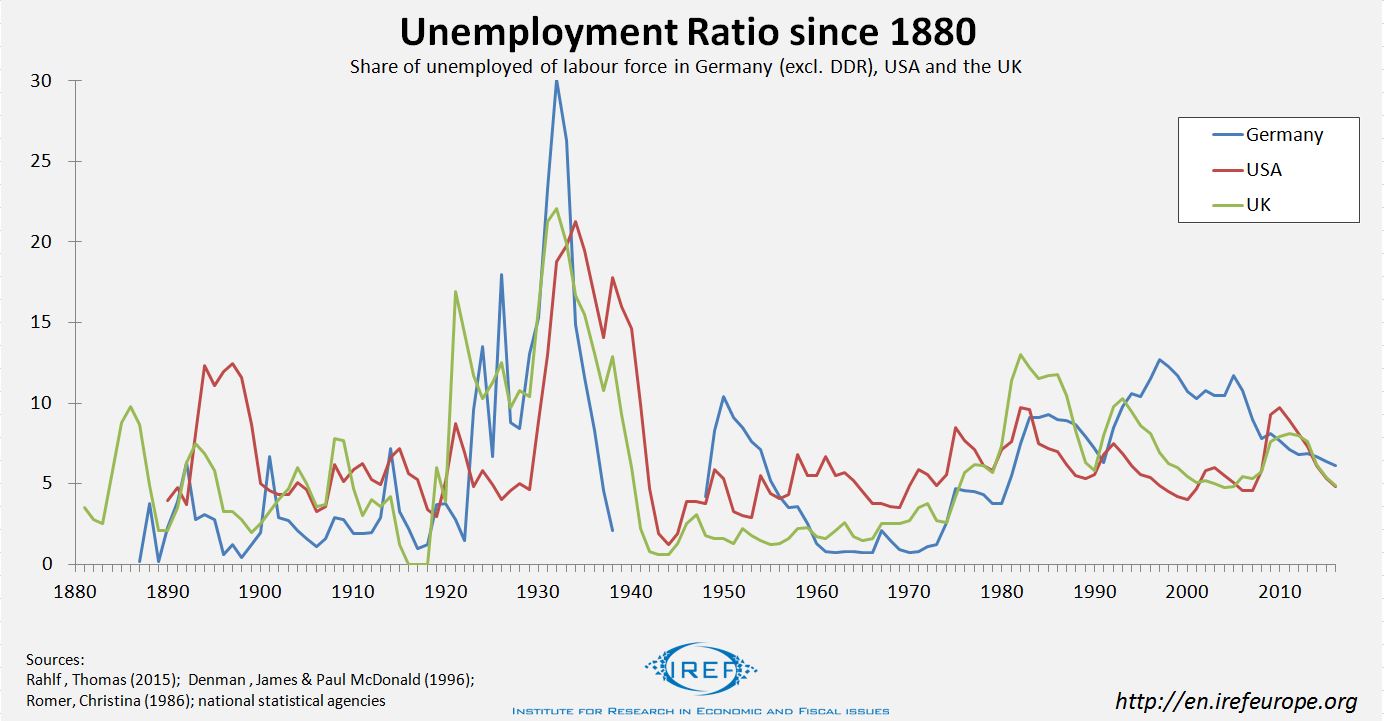 Also, very recent experiences give reasons for optimism: Despite continuous automation, unemployment rates in highly industrialised countries like the US, Germany and Great Britain did not exhibit an upwards trend over the past century. Machines did not replace humans in working life but made them more productive and therefore wealthier. Even inequality did not explode. Indeed, for many categories of consumption goods the technological progress caused a harmonisation of consumption habits.

Is everything different this time?
Historical experiences suggest that the “automation dividend” of the fourth industrial revolution reaches the people as well – entirely without a robot tax. Or are there reasons for assuming that it will be different this time?

A possible issue could be the pace at which progress takes place. While the robotisation benefits all humans in the long run, it demands enormous adaptability from some people. It is also imaginable that humans cannot always acquire every qualification they desire. Probably, we will reach certain limits, which can be overcome by fewer and fewer people. Such a scenario would not necessarily lead to unemployment, but perhaps to permanently lower real wages for the ones affected and growing income disparities.

Recent studies indicate though, that only few of the current jobs can be automated immediately. While Frey and Osborne estimate that up to 47% of US jobs could be automated with today’s technology, a newer study by the OECD based on more adequate analytical methods arrives at an average of 9% in the 21 evaluated OECD countries. Studies by McKinsey and the World Economic Forum get to similarly moderate results. Hence, also the fourth industrial revolution seems to give people enough time to adapt.

A Robot Tax is Counterproductive
Should the growing deployment of robots, contrary to expectations, lead to an increase in unemployment and inequality, the introduction of a robot tax would still be counterproductive. As a tax, which after all just punishes the employment of capital it would reduce incentives to invest in the capital stocks and thus lead to lower productivity and wealth in the long run. Furthermore, the costs would be carried primarily by employees and consumers through lower wages and higher prices.

That the growth in productivity is currently too low and not too high is a position held by many – at least that is what state subsidies for research and education in the MINT disciplines suggest. A robot tax would counteract these efforts. For all humans to profit from robotisation, open markets are required, which provoke competing business owners to pass on productivity gains to consumers in the form of lower prices. Moreover, politics can contribute by granting people more options for holding capital, i.e. as part of their pension scheme.

This article is a translation of an original piece published on our German site and available at http://de.irefeurope.org/1233. 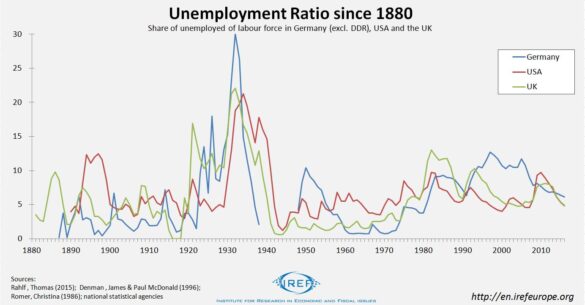 The Origins of Private Property