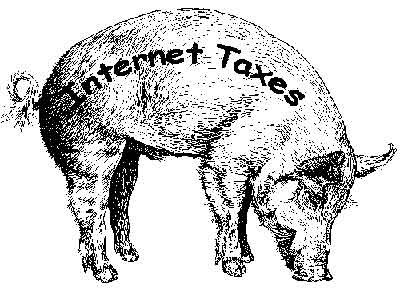 Large demonstrations took place over the weekend in Hungary. Somewhat unusually, people were not protesting against spending cuts, but against a new tax. A targeted tax on internet traffic. The issue of taxing this new paradigm of our lives will not go away anytime soon. As a companion to your on/offline debates, IREF busts 8 fiscal myths about the Internet.

One of the reasons why politicians keep spiralling government debt is that nobody will organise a large street riot against it. The vast majority of protests are against spending cuts. However, in Budapest (Hungary) over the weekend, a relatively rare sight could be seen: about 100,000 people protested against a new tax.

Of course, it would be naïve to pretend that policy considerations were the cornerstone of protestors’ grievances. Yet fiscal questions about the “new kid on the block”, the internet, will not go away.

IREF busts 8 myths about fiscal effects of an internet tax, Hungarian or otherwise.

Myth 1: Taxation of internet access is unprecedented in liberal democracies. It isn’t .

This myth may be rooted in the 1998 US legislation called the “Internet Tax Freedom Act”. It bans federal, state and local authorities from imposing taxes on internet access, whether by a flat tax or a tax per-email, per byte, etc.

However, seven states (HI, NM, ND, OH, SD, TX and WI) had already imposed internet access before this Act and were therefore “grandfathered in”, meaning that they are allowed to charge internet access taxes. And they do.

The Act is a classic example of an “infant industry” protection policy at a time when politicians considered the Internet young and fragile. As such, it was set to expire at a specified date when the Internet access was to be deemed “mature enough”.

However, this expiry was extended several times. The last sunset was to occur this week, on November 1st, but in light of the mid-term elections, it was extended once again (this time till December 11th). Meanwhile, preparatory work continues on a new “Permanent Internet Tax Freedom Act” which would be indefinite and may also get rid of the grandfather clause for the 7 states.

Myth 2: The internet is currently tax-free in Hungary. It isn’t.

When your granny (Hungarian or not) sends you an email, she is paying tax; either charged to her monthly data quota, or if the email is already beyond the quota, she is paying tax on the overage data fee. Standard VAT rates apply to all payments for internet connection, data transfers, and all internet-related soft- and hardware. In fact, Hungary’s VAT is the single highest rate in Europe at 27%, 2 points higher than the second-highest rate (Sweden and Denmark). All internet-related companies also naturally pay their corporate taxes.

The perception of something being tax-free may stem from people often forgetting about VAT, especially in Europe where all final prices are listed with the tax included.

Myth 3: Communications are special, at least they do not suffer from any targeted tax just for them. They do.

Governments proclaim the importance of good information flows only rhetorically. Once a (tele)communications company makes profits, it becomes a regular target for various “windfall taxes” just like any other profitable business (see eg. the 1997 windfall tax in the UK).

Myth 4: The proposed tax is insignificantly small. It isn’t.

The Hungarian government wanted to charge 150 HUF (just under 0.50 EUR) per gigabyte. Multiplying it through with current monthly data traffic would generate a sum of money greater than the size of the whole data-transfer industry in Hungary. Clearly, the tax is anything but small.

After early protests the government then introduced a monthly tax ceiling of 700 HUF (2.26 EUR) per individual internet access subscriber and 5000 HUF (16 EUR) per business subscriber.

Most individual customers use less than the 4.7 GB per month, so they won’t be helped in any way by the hastily proposed cap. The average take-home salary in Hungary is 677 Euros. The capped tax is therefore equivalent to about 17 EUR to an average Brit, over 160 pounds a year. Is that really insignificant?

Myth 5: But customers will not notice, tax is levied on providers and they are banned from passing it on. That’s simply impossible.

The government is anxious to portray this as a tax on “rich companies”. They have specifically banned the telecoms from passing it on to the customers. It is difficult to see how this provision could possibly be policed. Market prices keep changing all the time, especially in an industry so driven by technological change. Passing the tax on to consumers is even easier on such market than on other markets.

In a more traditional industry with more stable prices, actual price increases would indeed be readily observed by the government and may be “challenged” as violating the ban. However, when all around us the price (per GB) keeps dropping because of technological advancement, economies of scale and network effects, price increases nowadays take the form of delays in price decreases. How does the government want to police those?

Myth 6: At least it’s a cheaply administered tax, gigabytes of traffic are easily observable. No it isn’t because they aren’t.

Indeed, companies know the traffic to/from their subscribers. They even charge according to it, either directly or indirectly by throttling (strangulating) the bandwidth upon reaching a target unless the customer buys extra gigabytes for the month (so-called two-part tariff).

But it is less clear how the government could observe independently the actual traffic for the whole company. If the plan goes through, companies will just invest in special (and unnecessary) technology that will directly connect users within and perhaps even across providers, so as to prevent some traffic from even reaching “the internet”. This all will add to economic costs of the tax.

Myth 7: The Hungarian tax just sets the playing field straight. No, it distorts it.

The proposed Hungarian tax was officially justified by a rhetoric that the government just wants to close a loophole. At the moment, telecoms companies are charged a special tax (again, on top standard taxes) per minute of voice calls and per SMS text message. As both of these move increasingly onto the internet (with smartphone technology), cyberspace was seen as “tax dodge” to avoid the other taxes and the tax is allegedly merely levelling the playing field.

There is nothing level about extra taxes for specific products. Telecoms already face the same taxation as other businesses, yet are charged with these specific extra taxes.

The real reason for these extra taxes seems to be the foreign ownership of most companies hit by a slew of recent “Hungarian crazy taxes” (see also our piece on Hungarian advertising tax). Checking for nationality in the tax code is the opposite of levelling the playing field. Fortunately these days Europeans can shop Europe-wide (and even world-wide) for the best talent for delivering their goods and services. Taxing out the foreigner will only result in worse domestic services and poorer customers. And poorer customers are not exactly lucrative tax payers for the future.

To level the playing field, not just the special internet tax, but also the call tax and the SMS tax need be scrapped.

Myth 8: The cap at least makes the tax fair. No, it doesn’t, it may even do the opposite.

The cap is in fact “unfair”. The archetypal little old lady who uses internet merely to let her family know that she is still in good health and to keep up her spirit, will end up paying the same tax as the youth who uses 40GB a month watching Netflix. Does that sound like fair?

People are (albeit slowly) starting to learn not to trust everything that is on the “internet”. May such healthy scepticism also transfer over to people’s views of their governments’ promises. When the government suggests that a newly instituted tax paves the way for reducing other taxes, run. For if you believe that they will reduce them voluntarily, you’ll believe anything. Your account has just been charged 12.24 EUR for reading this article.

Regulatory Role of One Jean Tirole

“Water Tax”, the Ire of Ireland