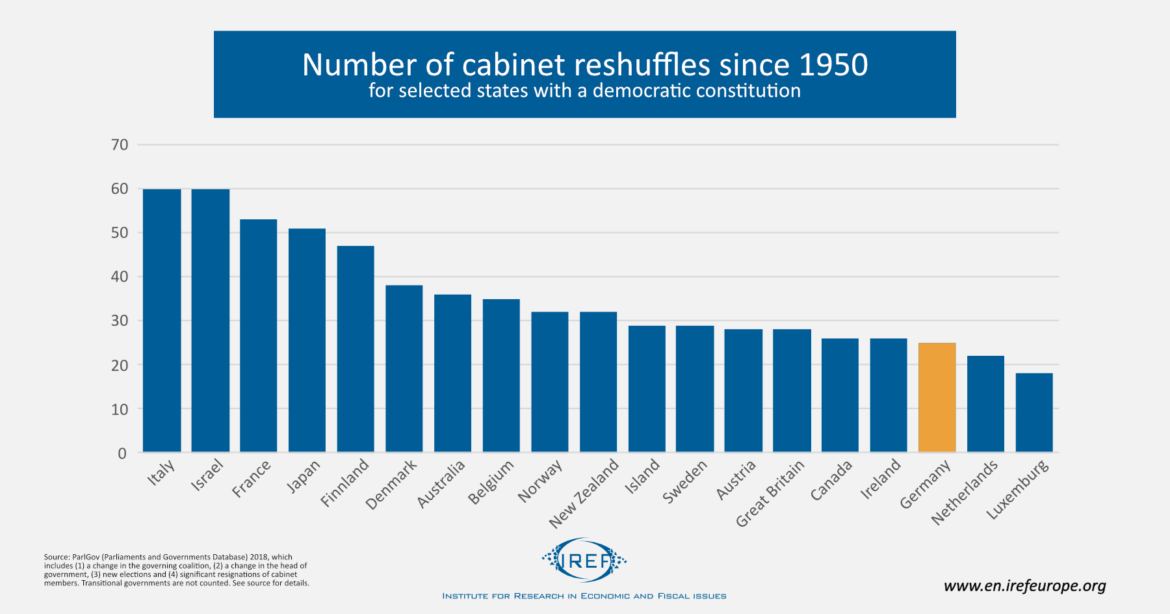 The next elections to the German Bundestag have been moved up to autumn 2021. At that moment, Angela Merkel will have served as chancellor for 16 years. As opposed to Helmut Kohl in the 1990s, she does not seek re-election. Nevertheless, her tenure – which has been extraordinarily long for a head of government in a Western democracy – justifies some thoughts about the pros and cons of changing political leaders at regular intervals.

Empirical research indicates, however, that frequent changes of government come with substantial costs. Politicians are not encouraged to pursue long-term political projects; and voters have fewer opportunities to reward such projects. Limiting the length of the time in office, therefore, has drawbacks. Instead, the desire for more democratic participation should be satisfied by decentralisation and extended federalism. These would allow voters to keep or sack decision-makers in regard to clearly defined projects and results.

Democracies: the possibility for regular change of government

People are increasingly dissatisfied with the design of democratic systems. Yet, they trust the usefulness of regular elections: A recent survey conducted in 34 countries in all inhabited continents confirms that about two thirds of the population consider that regular elections are crucial for securing their rights to participation.

This result is confirmed by democratic theory: Regular elections allow citizens to communicate their political wishes, reward governments that fulfil them, and replace governments that ignore them. Politicians are motivated to consider the preferences of the citizens and avoid forming inefficient and corrupt structures. Research shows that changes of government not only cause the political personnel to change but also result in extensive personnel changes in the administration.

Regular elections also prevent the erosion of other desirable election-independent attributes of democracy, such as the rule of law or the protection of property rights and individual liberty. The possibility of replacing governments through regular elections, therefore, contributes to the success of democratic states.

Do term limits increase the frequency of government changes?

Elections can — but not necessarily do – end up replacing governments. In Germany, for instance, there have been 19 federal elections since the Second World War. Yet, the number of chancellors and new cabinets is significantly smaller. Most governments were re-elected at least once. 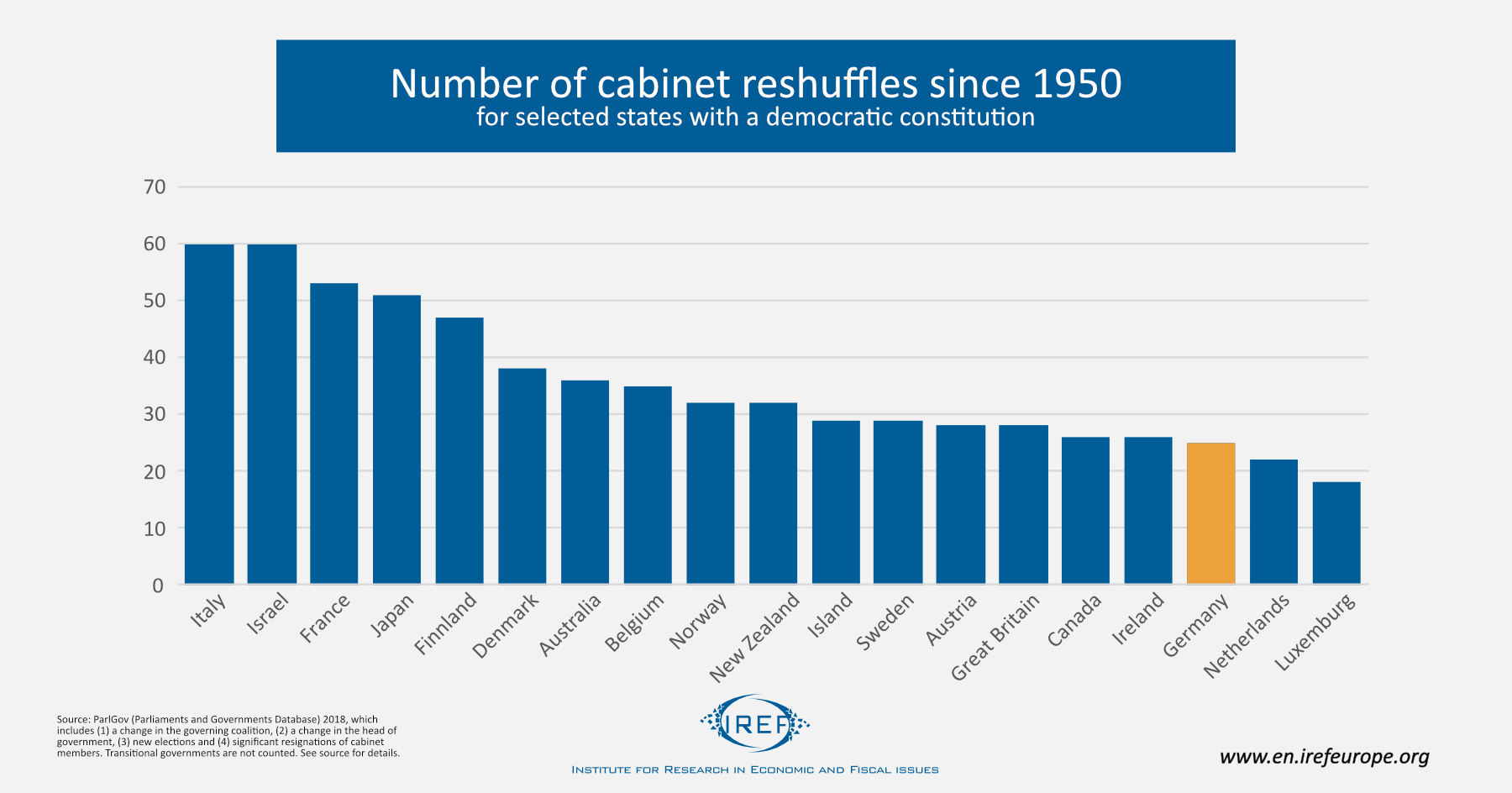 Some observers see this as a problem. To encourage more frequent changes of government, they recommend the introduction of term limits. For example, in France, the president is only allowed to serve a maximum of two terms of five years each. By contrast, in Germany, there are currently barely any term limits. At a federal level, they only concern the p of the republic, who has very few decision-making power. The most recent attempt to limit the term time of the Bavarian prime minister failed in 2018.

However, frequent government changes come at a cost. If the effects of political decisions are delayed and difficult to attribute to those actually responsible for them, frequent government changes create false incentives for both politicians and voters. Politicians are encouraged to invest in projects with advantages visible in the short run, and neglect projects the advantages of which materialise only in the long run – when they will no longer be in office.

Empirical research documents numerous indications that such distortions. In the US, a higher frequency of governmental change at state level leads to higher taxes and public spending, increased transfers to subordinated administrative levels, higher public debt and lower economic growth. Similar results emerge in other contexts, such as India’s federal states, Italian cities and Portuguese municipalities.

Opportunistic behaviour is also feared by international credit granters, who place less value on government bonds of countries with frequent government changes and legal term limits. Brazilian data demonstrates that the changing political and higher civil servants can have negative effects in the long run and that term limits potentially increase the incentive for corrupt behaviour.

Strengthen election opportunity instead of frequency

Intense political competition is desirable. But this does not imply a need for frequent government changes. More relevant is the possibility of replacing representatives, not the frequency of replacement.
To increase the political influence of citizens and encourage political competition, there are various possibilities beyond term limits available. Among those possibilities is a shift of decision-making to subordinate levels, i.e. a strengthening of federalism. 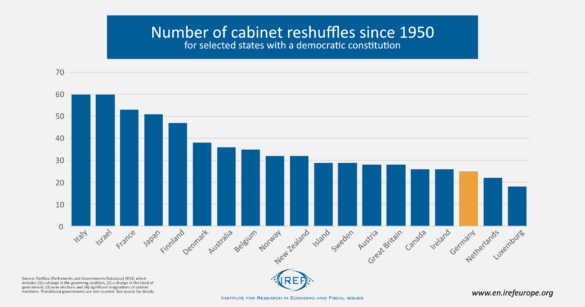