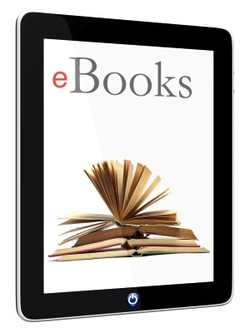 The European Court of Justice (ECJ) ruled last Thursday that e-books are not allowed to enjoy the lower VAT that “normal” books enjoy in some EU states, and that they have to be taxed at the standard (much higher) rate of other goods. The ECJ’s justification sounds strange and very counter-intuitive. Worse still, it discourages technological progress and greener methods of production.

Production generally means that some of Earth’s precious resources have to be used up. However, modern technologies mean that in some cases production is possible with essentially no resource use. Digital replication is one of such method.

Unfortunately, the ECJ has just ruled that although resource-heavy production can qualify for a lowered tax rate, the zero-resource production cannot. At least in the realm of books. This article overviews how EU justifies special Value Added Tax treatment, and suggests that the ECJ decision goes not only against common sense, but also against the spirit of the VAT Directive. As a consequence, green alternatives and technological progress are discouraged.

VAT is a tax on goods and services. Its general rules are dictated by the EU, although member states are allowed to set their own rates. A 2006 Directive allows them to set up a special lower rate “in a limited number of specific situations for social and health reasons”. Education and spread of knowledge have generally been acceptable as a “social and health” reason. Most member states apply between 0% and 10% tax on printed books while the standard VAT rates generally range between 18% and 25%. Legislators often add that an educated and well-read population is not only healthier and wealthier, but also that modern economic growth requires human capital. Still, the “social and health” worth is paramount in determining eligibility for the lower rate.

France and Luxembourg are currently charging 5.5% and 3% reduced rate, respectively, applied to both books and e-books. ECJ was asked to decide whether e-books meet the “social and health” aspect. The Court’s decision on the Luxembourg case is relatively trivial. The VAT Directive does not allow the reduced rate to be below 5%. (Complete exemption is possible, under some circumstances). So 3% is “illegal” and can be easily thrown out by the Court. But could Luxembourg have the “French” tax rate of 5.5% e-books? Are e-books a “social and health” good?

Why e-books aren’t books, according to ECJ

The Court ruled that “the reduced rate of VAT is applicable to a transaction consisting of the supply of a book found on a physical medium”. In other words, standard paper-printed books do qualify for the “social and health” clause. E-books don’t, however, because according to the Court they constitute a “service”, not a good.

The states argued, quite sensibly, that the actual use which qualifies books for a “social and health” treatment is just the same for e-books. But the Court responded by separating the physical and virtual part of an e-book: “Only the physical support enabling an electronic book to be read could qualify as ‘tangible property’ but such support is not part of the supply of electronic books”. In other words, your iPad or smartphone could be taxed at the lower rate, if the states decided, but not the content.

Why the Court decision should have been the opposite

We are not judging here whether a (printed) book actually brings sufficient “social and health” benefits. We merely note that the Court confirmed it did. Now, what is it about a book that could possibly create such benefits? Is it the paper? Is it the glue used in the binding? Is it the textile bookmark? No. The “special benefits” accrue from the information on the pages. Hence, if we could separate the “carrier” and the “message”, it should be the “social and health” benefits of the message that should be encouraged through the lower tax rate, not the carrier. So in fact, it would have been more sensible for the court to argue the other way: you are allowed to lower the rate on the information. The carrier by itself does not have any “social and health” aspect and therefore it should not qualify for the reduced rate. So e-books qualify, iPads don’t.

As for printed books, information and the carrier are inseparable, so we could “allow” the paper and glue to also get the special low tax treatment, even though ideally we’d like to apply it only to the truly beneficial information on them.

Consequences of the Court’s decision

• Environmental worsening. E-books are environmentally much friendlier than traditional books. E-books save not only the energy and resources used up in the production of the physical book. Their distribution from the printer or from the bookseller is also incomparably cheaper. In fact, e-books are perfect example of goods with some fixed costs of producing the first unit (the book has to be thought up and typeset) but essentially zero “marginal” costs of producing the second, third and so on. The zero cost is precisely what is making the production of this alternative very “green”. The now imposed higher tax is discouraging people from going green as prices will go up – either for the consumers or for the producers if they don’t pass the tax on.

• Creep to other devices. Now that the Court has declared the physical carriers of data as qualifying for the lower tax treatment, will the principle creep to other devices? Music and video are also sold online, and some physical devices are necessary to play them. Will we now see court cases arguing for lower tax on video players, by analogy? Or will it be sufficient to make the video-player e-book compatible to qualify?

• Innovation discouraged. The book industry is solving the same “digitisation” dilemma as the music industry. In t, it did a much better job. It solved the problem of pirate copying by making it very difficult to load the physical devices with pirated copies, something that the music industry has not fully managed yet. Now that the publisher has to charge higher tax rate on dissemination through this channel, such innovations are discouraged, and new “kindle” innovations are less likely.

• Increased uncertainty. The judgement seems very arbitrary to most observers. Tax law should be clear, most court decisions in tax disputes should be relatively easily predictable. Forcing states to charge different tax rates for essentially the same products, based only on the method of delivery, increases uncertainty about what other arbitrary differences could be found by courts in the future.

Overall, it does not do much even for the Court’s reputation. It is left appearing like luddites, posied against technological progress and perhaps even not understanding it very much. Yes, any new technology is somewhat disruptive to the old system. But that is not a reason to punish it by extra tax.