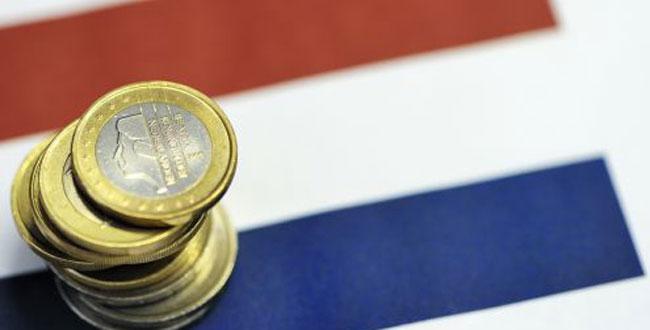 Government’s mortgage interest subsidy, besides creating a lot of social costs, benefits almost solely the rich, yet it’s precisely the rich who boldly claim to want to scrap the programme. What’s going on?

In the previous post, we have traced how government subsidies to Dutch mortgages have created the most privately indebted country in Europe, now reflected in a sub-perfect credit rating. It is a very large programme, each year it costs the Dutch taxpayer about 14 billion euros every year. The subsidy pays 290 euros to every home-owning household every month! So it is of paramount importance that it achieves the goals it has set out for itself: to bring the “virtue” of home-ownerhsip to those who might otherwise not be able to afford one.

Many European countries currently offer deduction of some interest paid on mortgage from one’s income tax base, and Norway, Switzerland, Netherlands, and Greece allow deducting the whole sum paid in interest. (Norway actually allows deduction of the full amount of any interest paid on any loan, not just mortgages; but one might argue that a rich country which has made every citizen a millionaire at the start of the year can actually “afford” the opulence of such lavish tax breaks much better than a standard country.)

Some thinkers have argued against mortgage subsidies on grounds that it is artificially preferring one lifestyle over another. But there is much hard evidence that uncovers a slew of hidden costs of the subsidy even without resorting to comparing the incomparable: individual people’s preferences. For example, the mortgage subsidy can be easily argued to be environmentally harmful. In most states the majority of owner-occupied housing stock is in the rural area, while the city-dwelling bourgeoisie tends to rent in much greater numbers. In the U.S., for example, over 85% of (predominantly rural) single-unit dwellings are owned by their occupants, while over 85% of (predominantly urban) multiple-unit dwellings are rented. And cities not only reduce commuting and other transaction costs and save fuel; they are also incubators of progress and new ideas, since division of labour and therefore specialization can go much deeper in them (as discussed already by Adam Smith in Book III Chapter 3 of his 1776 Magnum Opus…). Along the same thought, this government subsidy then “breeds the need” for another: as demand for suburban housing artificially increases, the now more rural electorate calls for government spending on major roads that would bring commuters to city jobs every morning. The economist Baum-Snow calculates that every new major road built in American big cities after the war reduced the size of its metropolitan area by whopping 18% on average. The list is endless. But perhaps the most cruel canker is hidden in the subsidy’s potential to produce a vicious spiral: By decreasing the costs of mortgage, the subsidy over-inflates the demand for housing and pushes house prices up. This hurts especially the poor, who then call for an even greater subsidy to stop their disenfranchisement from the housing market. The rich don’t mind as much – they can still afford the higher prices – and the subsidy partly compensates them; they end up sucking up most of the subsidy a and the social impact of the programme becomes extremely regressive.

Just how regressive the Dutch situation is can be nicely illustrated by comparison with Greece, the other Eurozone country with full mortgage interest tax break. Economists Matsaganis and Flevotomou calculated in 2007 that very nearly half of all tax money foregone ends up in the hands of the richest 20% of households, in Greece they even get almost three fifths of this money. Again, these large percentages might not mean anything improper per se, but the justification for the mortgage interest tax break usually aims at extending the “virtues” of home And that justification is clearly not borne out by evidence. 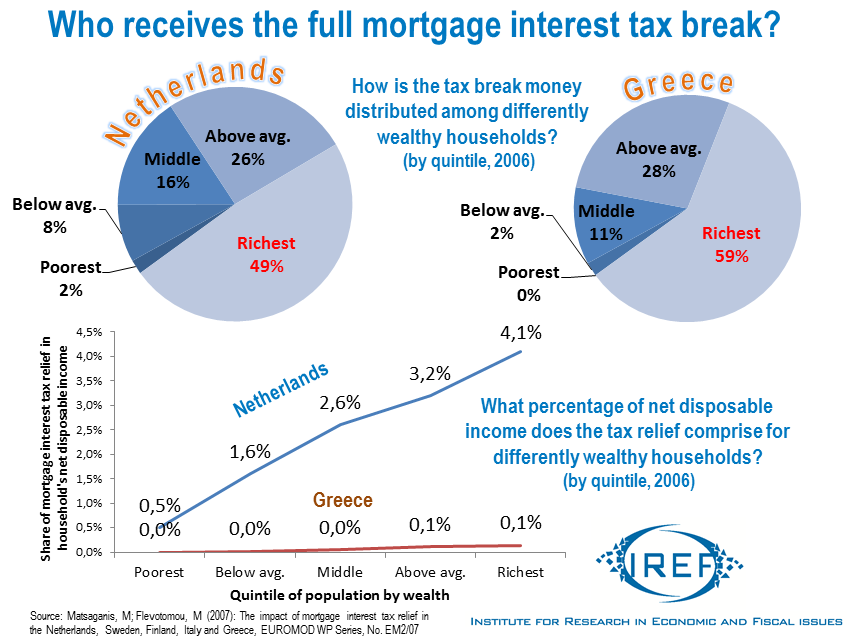 Especially in the Netherlands, money saved through the tax break ends up making up a substantial proportion of rich households’ net disposable incomes: over 4% in case of the wealthiest 20% households, over 3% in the next quintile. Disposable income of the poorest 20% of the population is not raised at all by the mortgage interest tax break – merely by a half of one percent.

In fact, the mortgage tax break is getting increasingly unjustifiable even from the perspective of voters’ preferences: Of the 20% wealthiest people (which receives about a half of the money), 26% were in favour of abolishing the mortgage tax break in 2010, and as many as 39% (blue line on the graph below) two years later! By linear projection, just about now in spring of 2014 we should be hitting the critical threshold of 51% of largest beneficiaries wanting to give up the subsidy. Remarkably, theirs is even the strongest support for abolishment out of any income groups! Only about 33% of the poorest, who hardly benefit, were in favour of scrapping the programme in 2012. 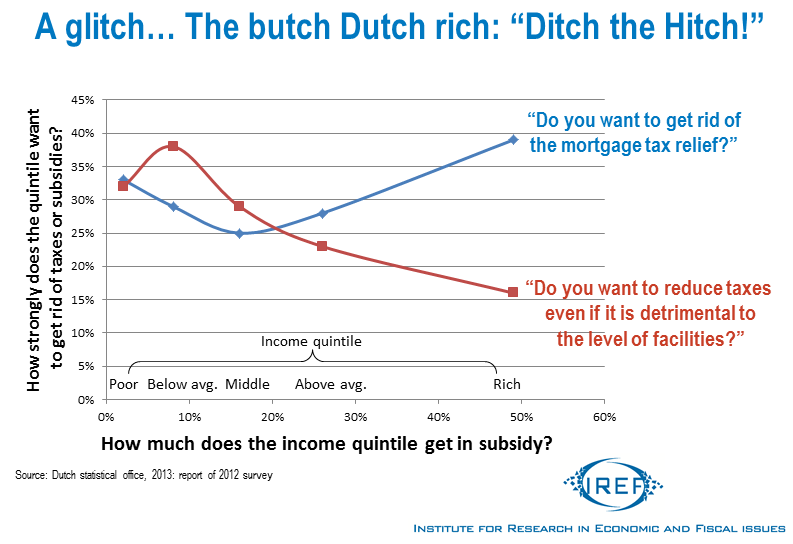 Are the Dutch crazy? After all, the richest 20% receive on average 520 euros a month through the programme! Well, only behavioural economists claim to be able to pass judgements on whether people are crazy or not. Economists, on the other hand, tend to stick to the old maxim De gustibus non est disputandum. However, there indeed is a corroborating evidence of the butch preferences of the Dutch rich. When asked a general question whether taxes should be reduced even if it means a reduction in facilities provided by the state, the richest are the least enthusiastic about such tax reduction. Whilst according to one view they can “more easily afford the higher taxes”, the fact that they also tend to benefit less from government spending would suggest that there should be a little more enthusiasm about tax reduction. (Incidentally, the completely conspiratorial theory that the rich don’t want a reduction of taxes in order that their mortgage subsidy can continue to be funded by the higher-than-otherwise taxes is disproved in this case by their professed opposition to the mortgage subsidy’s existence…)

So what is going on? One has to suspect a lot of “projection” at work when voters are merely asked – no strings attached – about their preferences by a pollster. The fact that the rich are skimming the fat off the mortgage subsidy is the worst kept secret in the Netherlands, so what self-respecting millionaire will say “yes, I’d like the unemployed single mothers to subsidise (through indirect taxes) my luxury home”. The rich Dutch may be butch – but to admit the truth would actually take some ganas. 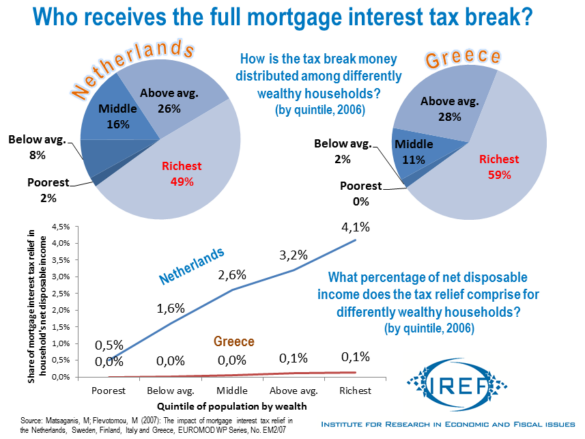 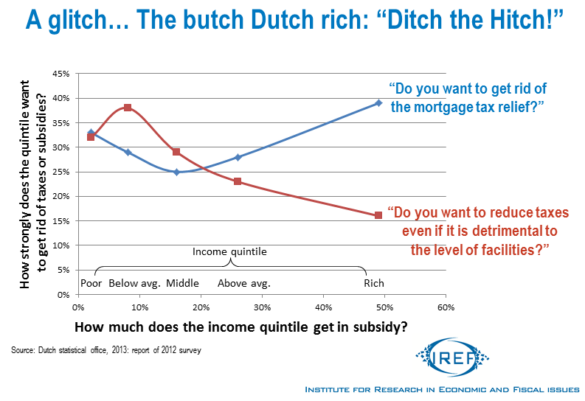