The eurozone debt crisis: how to avoid the tail wagging the dog 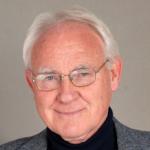 While a resolution of the debt crisis currently facing the eurozone would be most welcome, it is not clear that the current discussion goes much beyond how to bailout member countries, and whether it should be the taxpayers of these countries, the German and French taxpayer or the holders of the debts of these countries, mainly German and French banks. Even if it is decided which solution to take, the underlying problem that caused the crisis in the first place remains. This is the one-size-fits-all eurozone monetary policy.

Although the ECB is to be congratulated on successfully achieving its self-imposed objective of 2% average eurozone inflation, inflation in member countries has differed greatly from this. From the inception of the euro until 2008, prior to the financial crisis, the price level in Ireland increased by 40% and GDP increased by 63%. The corresponding figures for the other countries currently in a debt crisis are: Greece 40% and 47%; Portugal 34% and 16%; Spain are 44% and 41%; while those for Germany are 9% and 16%.

As a result of their high inflation rates, the one-size-fits-all monetary policy produced a negative real interest rate in these heavily indebted countries. The incentive therefore was for both the private sector and the government to borrow heavily as it appeared to cost nothing. The result was very high growth, especially in Ireland, Greece and Spain. However, when the financial crisis occurred in 2008 and credit dried up, these countries faced a massive debt crisis.

In contrast, in Germany, where real interest rates were positive, growth and inflation were much lower. Nonetheless, the low inflation rate meant that Germany became extremely competitive. This caused export led growth, a strong trade balance and the accumulation of foreign assets.

A bailout of the countries in crisis does nothing to remedy this fundamental flaw in the eurozone architecture, even if it does avert bankruptcy in the short term.

Observing the indebtedness of these countries, apart from the discussions on bailout mechanisms, the emphasis in the EU has been on reviving the Stability and Growth Pact but with tougher provisions on deficit and debt limits. Apparently, this would be a one-size-fits-all fiscal framework. But this too is fundamentally flawed. Having given up an independent monetary policy and in return receiving a monetary policy that is inappropriate for their needs, eurozone countries need to use their fiscal policy to compensate. This implies that fiscal policy needs to be tailored to a country’s requirements and not fixed externally as a country with high inflation needs a tighter fiscal policy than a country with low inflation, possibly a very tight fiscal policy. It would be better to set up institutional arrangements to monitor the fiscal stances of member countries and to advise them on what is required, than to set fixed limits.

It would be better still if there were a market solution to the problem. Recent developments in euro-bond markets are promising. Since the start of 2010 large spreads between the borrowing rates on sovereign debt have emerged reflecting the different default risks. The spread of Greek over German ten-year bonds is 10%, while the spreads for Ireland and Portugal are six and four percentage points, respectively. The markets are, therefore, imposing more appropriate interest rates than the ECB’s policy rate. To be completely effective, however, bond yields would need to fully reflect differences in country inflation rates as well as the risk of sovereign default arising from fiscal indebtedness. Failure to find a solution along the lines I have suggested would seem to leave the eurozone with two but, to most countries, unpleasant options. One is the breakup of the euro. The other is political union when the tail would indeed have wagged the dog.