The fallacious statistics of Mr. Piketty 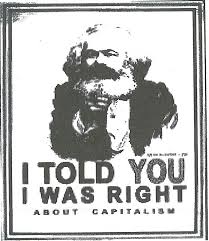 In his new book Capital in the 21st century (Belknap Press, April 2014), French economist Thomas Piketty presents a mass of data on asset growth in several European countries and the United States. This information improves the knowledge of our society’s relationship to capital and the divide between the richest and the poorest. Except that the author abuses these data, following 19th century scientific materialism

Like Marxist authors, he endeavors to transform his discourse into a scientific demonstration. His claim is that the divide between rich and poor will inevitably widen, although he admits that the opposite took place during the 20th century. He extrapolates trends, as did Malthus in the 18th century or the Rome Club in the 1970s to predict that the world would die of starvation. He questions Kuznets’s inequality bell curve, sketching trends that ignore human action. He notes that “Marx totally ignored the possibility of technical progress and continuous productivity growth” (p. 28) in his theory of infinite capital accumulation killing off capitalism, but on the other hand he reproduces a theory of constant wealth growth.

Mr. Piketty defines capital as “the total of non human assets that may be owned and exchanged on a market” (p. 82). There is thus a first deliberate confusion between capital (productive, financial and real estate) and negotiable assets.

The yield is calculated as the ratio between the national income (GDP minus set capital consumption plus net income from other parts of the world) on private wealth (households plus non-profit institutions serving households) net of debt. The national income supposedly is divided between wages and capital. The capital yield, then, is the ratio of the national income attributed to private capital profits. This share is appreciated from corporate balance sheets and not across the board of economic activity.

In fact, our false prophet simply forgets that economics is based on the analysis of human behavior and the sometimes unexpected reactions of fragile individuals. Economics is also a social science reflecting the state of a society and its development. But the author clearly ignores everything that human action involves of surprises, creativity, innovation and disruption of past models and trends prolonging the current situation.

Piketty claims that wage mobility has been weak (p. 473) while admitting the appearance of a working middle class that is replacing rent-seekers. Indeed, he notes that “the share of the highest decile in the national wealth in the 20th century took place in favor of the 40 per cent in the middle, and that the share of the 50 per cent poorest has barely changed”. Thus, there is today a middle class owning about a third of the national wealth. But he doesn’t analyze the transfer from one to the other as social mobility increases both ways.

Social mobility is an important factor especially in advanced societies and mainly in the United States. First there is development among deciles according to age, as young people are generally poorer and capable of climbing the social ladder over time. This observation also holds true within generations. Today two thirds of Americans enjoy higher incomes than their parents at the same age. According to the Dallas Federal Reserve 98 per cent of the poorest households in 1975 no longer belonged to this category in 1991.

To Piketty, wage inequalities (which had decreased a lot in the 1950s) have become much larger “because the US and the UK have become much more tolerant of extreme salaries starting in the 1970-80s” (p. 528). In a way the managers of large corporations ended up setting their own compensation packages. This is probably true in part, but the technological and managerial revolution starting in the 1970s afforded these corporations huge profits when they were well managed, and their managers negotiated their no doubt legitimate share of these profits.

Piketty uses yields before taxation and takes into account capital losses linked to war. After tax, he recognizes that capital yields have been lower than the growth rate over the period 1913-2012. Nevertheless, he concludes that the wealth gap will increase in the 21st century based on pure ideological speculation.

In particular, he ignores the gist of the argument, i.e. the ever-increasing necessary ability to produce a return on investment. Some prefer not to take risks and place their money in government bonds or a savings account, and at current rates they are losing money. Others invest in new businesses without judgment and lose their capital. And finally there are those with business acumen and the ability of some captains of industry and finance. With respect to the importance that this ability should be granted, we must take into account the multiplier effect, meaning increasing life expectancy of modern societies, enabling those who have the gift and capacity to accumulate capital and the snow-ball effect by which money is lent more easily to the wealthiest. And wealth breeds more wealth.

Jean-Philippe Delsol is a board member of IREF (Institute for Research in Economic and Fiscal Issues) in Paris.

The useless reshuffle : another French exception