Since the 2006 reform, Germany’s federal states are free to set the tax rate concerning real estate transfers. Yet, decentralising tax power has not led to lower taxation. In fact, the opposite happened: since 2006, average tax levels for real estate have risen from 3.5% to 5.4%,: no state has ever decreased the tax rate, and except for Bavaria and Saxony, all states have increased the rate at least once.

This upward trend is due to Germany’s distorted fiscal equalisation scheme, through which the federal government redistributes tax revenues among the states and de facto weakens the effects of decentralisation. Put differently, Germany needs real tax decentralisation, and the real estate transfer tax should become part of the local property tax. 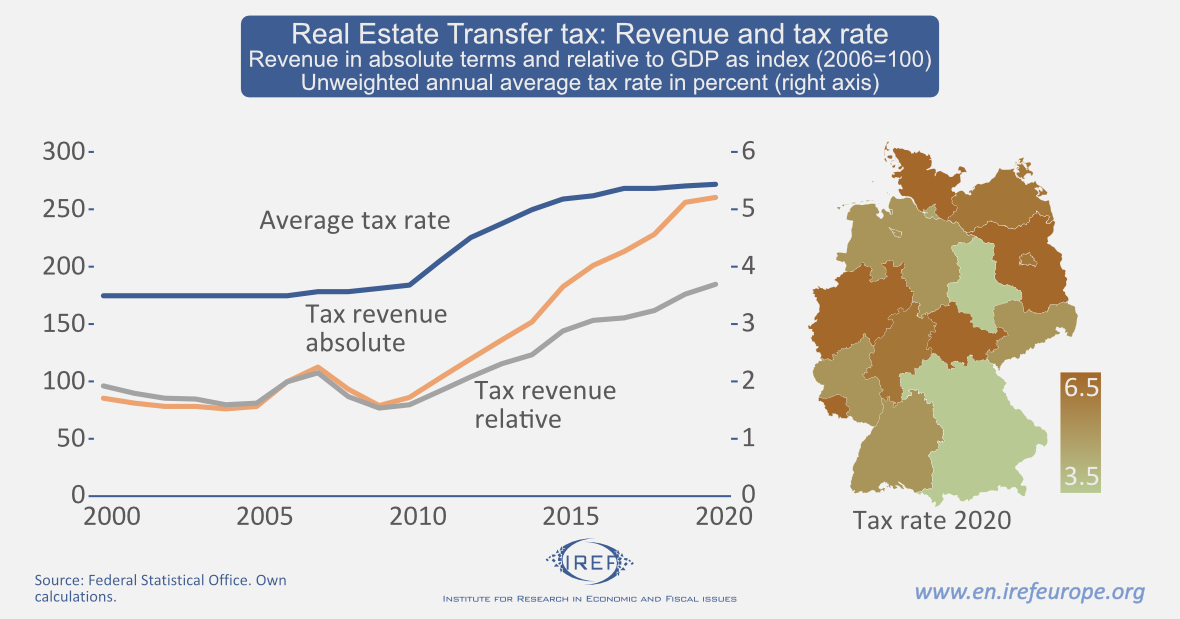 Since the 2006 reform, Brandenburg, North Rhine-Westphalia, Saarland, Schleswig-Holstein, and Thuringia have almost doubled the original tax rate and brought it to 6.5%. The rate is lower in the other states.
Tax competition is stifled by Germany’s financial equalisation scheme, following which funds are redistributed from high-revenue states to low-revenue states, but the parameters are set to discourage the states on the receiving side from lowering the tax rate in anticipation of compensation. In fact, there is a built-in incentive to raise the tax rate for all states, which serves neither the taxpayer nor the states.

Of course, the solution is not further centralisation. In the short run, the “tax race to the top” can be mitigated by simply leaving the transfer-tax revenue out of the equalisation scheme. In the longer run, the real estate transfer tax should be integrated into the local property tax, so as to make the local authorities more accountable for their tax strategies.