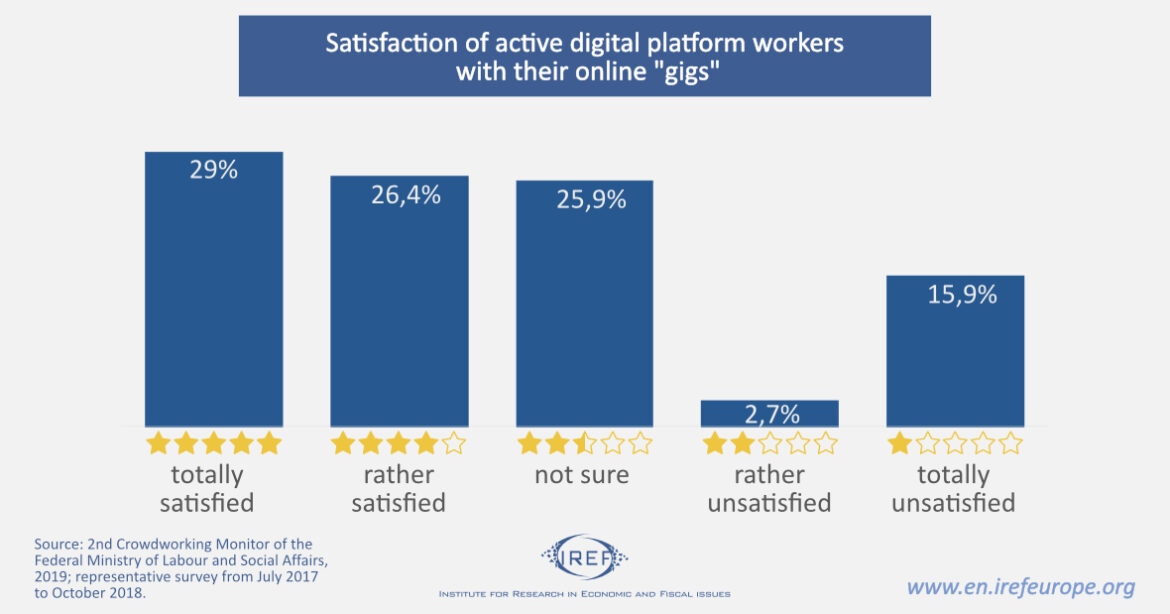 Occasional sleeping in a shared flat; getting a lift from the airport to the city centre; moving house with the help of a bunch of students – an increasing number of people uses the diverse, often inexpensive offers of digital platforms such as Airbnb, Uber, or TaskRabbit. Although the economic significance of such digital platforms is still modest, the demand for deliveries has surged during the pandemic and it may further rise in the future.

However, the working conditions and payment arrangements of the gig economy are facing criticism. People fear that digital platforms will eventually erode established welfare-state provisions and create precariousness.

Empirical evidence presents a nuanced picture. Only a small part of the workers who operate on digital platforms uses the gig economy as the main source of income. Most occasional workers appreciate the flexibility and the remuneration offered by programming, consulting, and research gigs. On the other hand, platform workers with low qualifications and without alternative incomes are more likely to be dissatisfied: their unattractive “gigs” are almost impossible to transform into attractive “jobs”.

To maintain the potential of the gig economy and make sure that workers benefit from it, politics should refrain from regulating such agencies in the same way as traditional employers. In particular, low-skilled platform workers should be given sufficient freedom to take safety and flexibility in their own hands.

What is the digital gig economy?

New internet-based agency platforms that coordinate the supply and demand of products and services are the foundation of the digital gig economy. Transactions usually happen only once or for very limited periods – long-term or even unlimited commitments are not intended from either side.

Economists call such platform-based arrangements ‘two-sided’ and ‘multi-sided’ markets. This business model is not fundamentally new – for instance, it has been utilised in credit card firms, flea markets, or shopping centres. Yet, new digital platforms are characterised by rapid growth, mobility, and a low number of intermediaries connecting the buyers and sellers.

People who rent out their couch, use their private car to give others a ride through the city, or spontaneously help others to move, are no legal employees of Airbnb, Uber, or TaskRabbit. Instead, they are self-employed ‘platform workers’ who pay the respective platform company for its coordination services. New digital platform workers differ not only from permanent employees but also from offline self-employed people.

How big is Germany’s digital gig economy? In 2017, the OECD as well as the Federal Ministry for Labour and Social Affairs’ ‘crowdworking monitor’ estimated the portion of adults who are digital platform workers to be about 3-4%, which is close to midrange among OECD countries. Studies by McKinsey and JP Morgan Chase estimated about 4% for the US. A significantly larger number of people was involved at least temporarily in the digital gig economy. According to the same source, about 7% of adults in Germany have offered services on digital platforms in the past. A Europe-wide study estimated a share of 10.4% in 2018 – again close to midrange. Research from the University of Hertfordshire in 2016 suggests that this portion cold be as high as 14% of the German labour force. 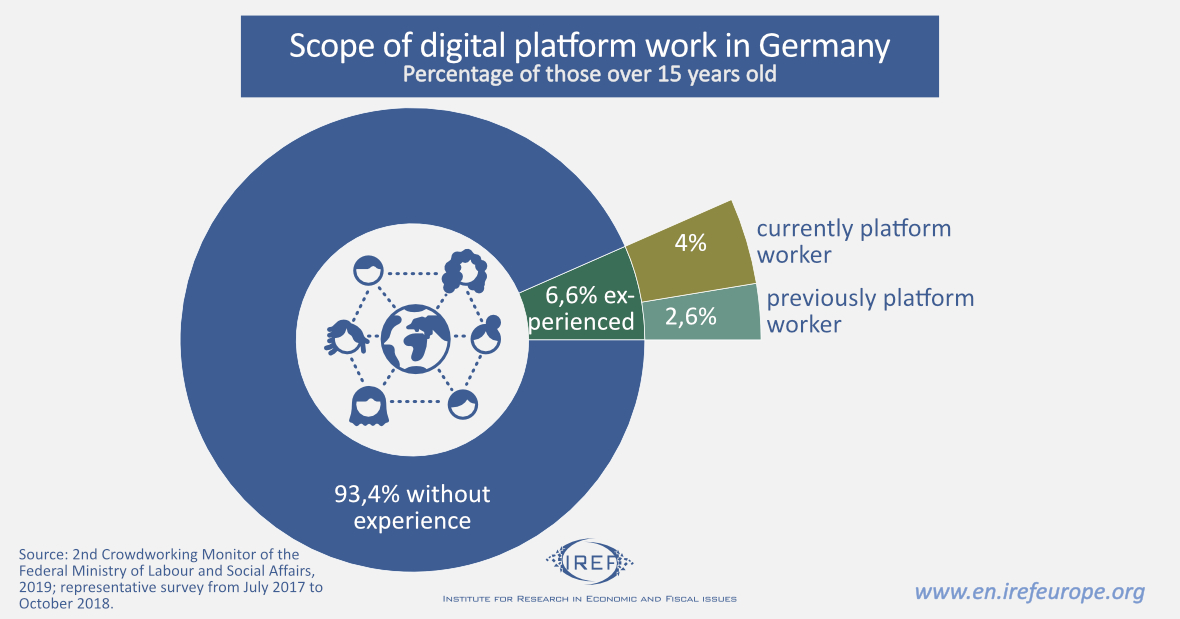 Platform work is predominantly used as auxiliary income. The ‘crowdworking monitor’ estimates that digital platforms generate the main source of income for only 28% of those who make use of them. This percentage could be as low as 10%, according to a 2018 study by Bertelsmann. 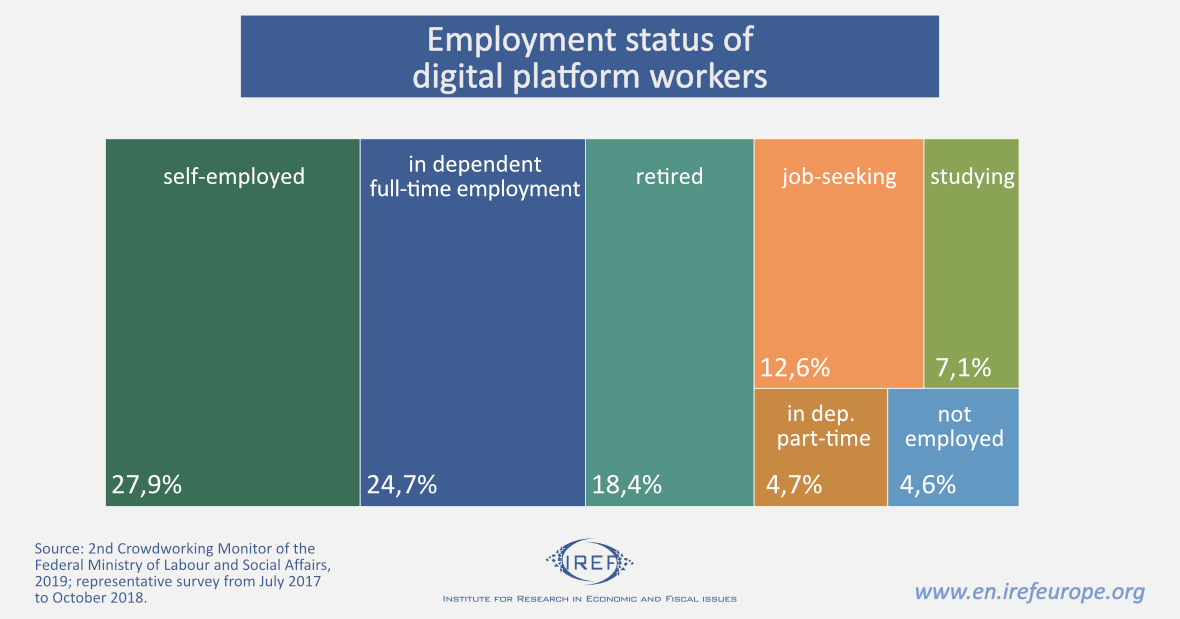 The gig economy is still small, but it is growing. Many observers are worried about this. They associate the gig economy with wage dumping, a shift of risk from employers to employees, the erosion of traditional social security systems and collective bargaining. According to the critics, Uber, Just Eat and similar platforms fall through the cracks of the conventional regulatory systems due to their formal role of intermediaries. Moreover, they are likely to abuse their market power and force formally independent platform workers to accept poor working conditions. In the long run, some believe that that jobs currently covered by collective bargaining will be gradually transformed into unregulated false self-employment. This process is already underway in low-skilled domestic jobs as well as in logistics and transport services.

The data suggest, however, that only a minority of people in the gig economy suffers from precarious work condition. The 2018 Bertelsmann survey shows that in Germany, right after Airbnb (1st place) and Just Eat (2nd place), much digital platform work happens in the fields of consulting, research, and programming. Providers in these areas include Freelancer (3rd place), Clickworker (4th place), Testbirds (5th place) and Amazon M Turk (6th place). Workers on these platforms earn significantly more than the average wage rate of the employed population and are more than satisfied about their working conditions. According to the crowdworking monitor, only 5% of those interviewed claimed to be in the platform economy due to a lack of alternatives. The portion of people who are involuntarily self-employed is much higher in the offline economy. According to a 2016 study by McKinsey, 31% of the offline self-employed people in the US claimed to prefer a permanent employment relationship, compared to only 13% of online self-employed people. 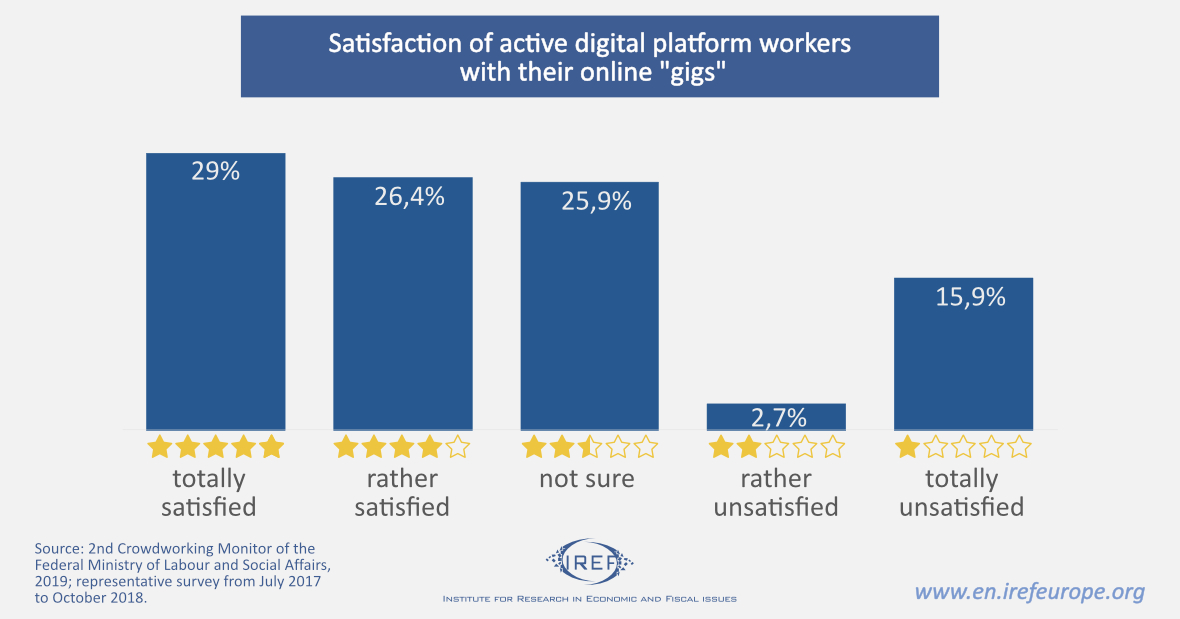 The gig economy is a source of lucrative extra income for high-skilled professionals. Low-skilled platform workers’ experiences are less rosy, though. A survey carried out in the UK shows that digital platform workers, whose low-wage jobs are their main source of income, are less satisfied than those who engage in similar jobs in permanent employment. The gig economy’s flexibility regarding labour time, workload, and speed, which is valued by high-skilled workers, is problematic for low-skilled workers, who long for fixed hours and hourly wages instead of piece rate pay.

That said, one wonders to which extent unattractive working conditions experienced by delivery drivers or domestic labourers are actually related to platforms like Uber, Just Eat, or TaskRabbit. Imagine that platforms were outlawed tomorrow: would this lead to the creation of standard employment opportunities with better working conditions? Although there is no systematic research into this scenario, a positive answer seems a leap of faith, given that low skilled workers can be easily replaced and that the presence of a relatively high minimum wage is a powerful incentive to stay idle. In fact, the gig economy likely creates additional work opportunities precisely when entrepreneurial risks and social security contributions are high.

Uber: a platform is not an employer

Ride-hailing company Uber is probably the most famous and academically best-researched digital platform in the low-skilled part of the gig economy. By avoiding efficiency-inhibiting regulation such as standard pay rates and licensing, and using innovative algorithms, Uber manages to offer rides for significantly cheaper rates than traditional taxi companies do. Uber’s efficiency advantage over the traditional, highly regulated taxi market results in well-documented benefits for clients, especially those on a budget.

It is also documented, however, that Uber drivers earn significantly less per hour than their licensed colleagues and that they miss out on many non-monetary forms of compensation. Consequently, Uber drivers’ working conditions are often mentioned to exemplify the dangers of the digital platform economy. This applies to Germany, too: out of ten investigated platforms in low-skilled fields, the Fairwork Survey 2020 ranked Uber lowest in terms of working conditions. Partly due to pressure from the taxi lobby, politics has largely responded with regulation that turns Uber into a conventional employer and Uber drivers into conventional employees. This is a mistake.

Systematic and representative analyses show that many Uber drivers use driving gigs predominantly as auxiliary income: they value flexibility and largely reject further regulation. Politics ought to respect these preferences and instead focus on creating additional voluntary security and provision opportunities. In Germany, this could work via a model analogous to the established Artists’ Social Welfare Fund. Platform workers would be entitled to payment from established social insurance agencies without digital platforms formally becoming their employers. Given the decreasing attractiveness of statutory pension funds, state insurance should not be compulsory. 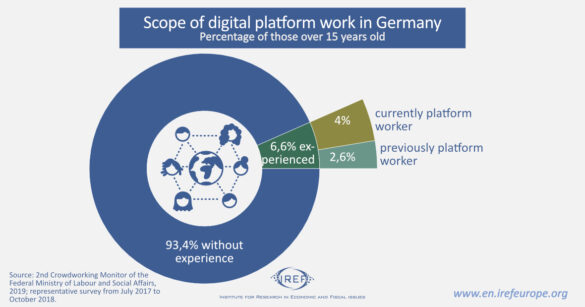 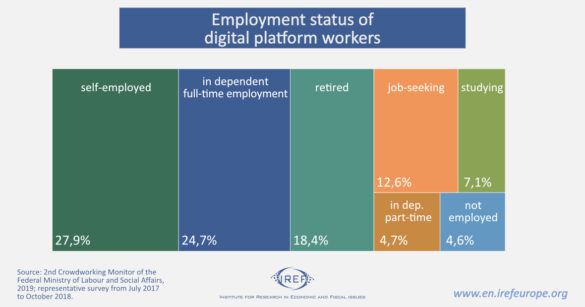 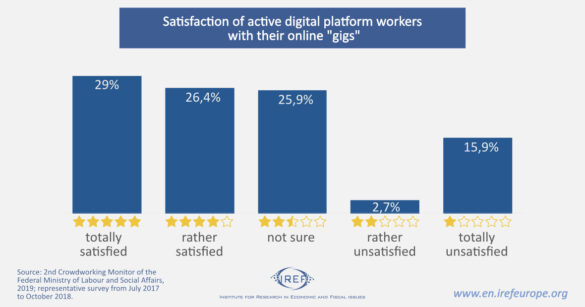