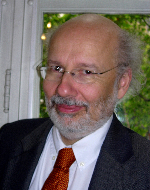 To denounce others to Authorities is unfortunately a frequent behavior that responds to the basest instincts of human beings: the desire for revenge, jealousy, collaboration with the ruling power.

The most sordid regimes have benefited of this vocation for a great number of people to emulate Judas; the worst of them have provoked denunciation by compensating or have incited denunciation by fear. The headlines of today, especially but not exclusively about fiscal and financial issues, show again that one elected regime may repeat the same mistake – as if the story of 20th century had not sufficed to provide enough examples.

The denunciation is all the easier when practically, concerning every aspect of human life, one comes to enact such a number of prohibitions that nobody is able to identify them. So that, at least each person having an economic activity ends up one day – consciously or not- by committing an act covered by criminal law.

For instance, in tax issues, about 40% of the files initiated by specialist department against fraud come from denunciation. Currently, they are not paid by authorities, but nothing is done either to discourage informers. On the contrary, the administrative internal guidelines forces tax officers to use them.

Belgium is far from being the only country where such acts are committed. The example of the Swiss or Liechtenstein bank’s employees or trustees who keep lists of bank account holders, and then exchange them to the authorities of other countries for money, is edifying. It is also the only real scandal in the current fight against tax havens. Not so much because isolated individuals behave odiously, but because there are rogue states paying, protecting, and using data obtained in circumstances akin to handling stolen goods.

These states, in addition to the United States who have established a formal program of payment for informers in this particular case, all report their quality of “democracies” and “states of law”.

They are also doing much worse than taking advantage of others dishonesty. Following the FATF ‘s recommendations, they all have enacted laws making denunciations mandatory in more cases, at least for a number of professionals. Everyone knows that laws on money laundering force bankers, and since then lots of other professions, to denounce their customers on suspicion of offenses considered as being serious. Authorities succeed in making the public accept such measures from a belief they fight crimes that are legitimately considered as being particularly repulsive.

However, one realize that this legislation is almost never used to fight organized crime, drug trafficking or terrorism, but on the contrary, to detect simple tax fraud that is not disapproved of by the majority of citizens who sometime even recognize engaging themselves in it, according to constant polls.

Recommendation after recommendation, directive after directive, this repressive arsenal becomes a system of police control, which turns millions of people who never chose to work for the authorities into informers: the use of informers is hereby taken to a higher level making denunciation mandatory for a increasingly number of facts, and for even broader categories of people. In doing so, states have, gently and never admitting it, surreptitiously changed the nature of the relationship that binds them to citizens, including taxpayers. It’s not just to compel them to respect the law, even when they are no longer “respectable”, but also to force them to make others respect them, and to make them into employees of the authority, under duress.

It is in tax matters that this behavior that is characteristic of all kingly activity, is probably the most dangerous: it is by raising taxes that the power gives himself the means to increase its political control and repression of a growing number of activities. In tax matters, this concerns not only a few active minorities, but all citizens, since, in one way or another; everyone ends up being a taxpayer. If this option is open to then, it is simply because unlike other groups, the taxpayers are not organized.