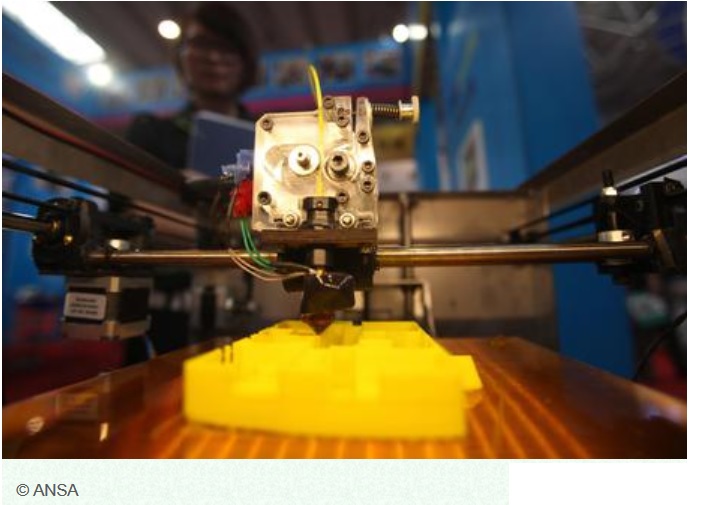 Addictive Manufacturing (AM) is the name adopted in industries whose production is defined by the use of large scale 3D printing techniques. 3D printing is a technology which builds three-dimensional objects from a digital prototype. Today AM represents the foremost level of digitalisation in manufacturing industries to the point that its impact is compared to a new industrial revolution shifting mass production to mass customisation. In terms of scale of the market serviced, official figures estimate that by 2020 the market value of Addictive Manufacturing in UK alone could be worth £5.7 billion and sustain directly more than 63,000 jobs. Today AM is already the backbone of high value manufacturing industries worth £151 billion and employing 1.6 million people.
Supporting the diffusion of this technology is on the political agenda for both innovator leaders (such as U.S., Canada, South Korea, and Japan) and innovator followers (such as China). The United Kingdom has established a joint Government-Industry Committee to define a national strategy for the development of AM industries and to fill the vacuum of rules around standards and regulations for Addictive Manufacturing products. Particularly relevant is how to best enforce the intellectual property of 3D printed products. On one side Intellectual Property Rights (IPRs) currently do not fully address infringements arising from the imitation of original 3D products. On the other side however, too strict IPRs legislation could exclude from the adoption of 3D printing a number of small firms, limiting market competition, damaging entrepreneurship and ultimately slowing economic growth.

How 3D Printing works and its current applications

3D Printing is a manufacturing process which involves a computer and a printer. First a digital prototype is created from a real object or designed with computer aided design (CAD). Once the digital blue print is finished, instructions are sent to a printer which shapes the final object by adding layer after layer of raw material. Its main advantages include improved flexibility (design alterations in real time) and higher precision at a fraction of the costs, at the same time satisfying green policies of waste reduction.
The scope of this technology is vast and the markets where it is developed are constantly increasing. General Electric is looking into expanding 3D printing to the majority of its operations. Rolls Royce applies addictive manufacturing in the production of plane engines and turbines. In the medical sector 3D Bio-printers are already available in regenerative medicine (human tissues, be-spoke dental or ear implants, bone replacements) and GlaxoSmithKline has announced it is exploring the production of 3D printer for hospitals providing patients with customised medicines. At the same time, 3D printing is reaching out to small and micro firms: while until five years ago 3D printers were expensive and bulky devices, today they can be as little as washing machines with a selling price as low as 1,000£.

Future challenges and past lessons

The combination between such level of accessibility and the potential applications of this technology raise important challenges. Certainly, cheap access to 3D printing enhances competition and innovation but it also makes imitation easier. The rise of Addictive Manufacturing technologies is then reviving debates on the extent to which innovators’ intellectual property should enjoy legal protection.
With 3D printing technology modifications of original designs are easily pursued by creating a 3D CAD model from an original 3D object. Such practice does not entitle the imitator to claim for copyright protection because a replica lacks originality and the innovator keeps the capacity to claim original IP rights. Issues however arise once such digital designs are made available and shared via online platforms (such as Thingiverse and Shapeways) where willing imitators can either download and manually replicate the original or replicate the original via 3D printing. Addictive manufacturing industries are then potentially facing the same threats the Entertainment industry faced years ago when the advent of a technology (e.g.: peer-to-peer software) in combination with online sharing platforms (such as Napster or Pirate Bay) facilitated IPRs infringements. From the disastrous underestimation of the risks and the legislative vacuum surrounding copyright law, the Entertainment industry found its way out but to the cost of creating a monopoly (Apple’s Itunes) which now has the upper hand on the negotiation of its royalties.

What can Europe do?

Europe should prove to have learned the lesson from the past and create a place for AM to thrive. The actual legislative vacuum represents a chance for Europe to be first in addressing the IPRs void and setting the standards on how to best safeguard AM industries. We believe that a good starting point could be the creation of a secondary market for digital blueprint from original 3D products. IPRs holders would be entering directly this marketplace limiting the infringements arising from illegal imitation. For instance, IPRs holders could directly sell licences from their original work: this will create a profit in the form of royalties for the owners of the IP, and it will also provide an option to imitators to legalise their behaviour without harming the entrepreneurial attitude of third parties (which might be genuinely interested in improving a design or selling a modified product). Furthermore, the legalisation of a secondary market to sell original IPs would encourage the diffusion and penetration of the technology itself creating potential for further applications and hence new markets. The risks of a non-action for Europe could indeed be a replication of the Entertainment industry experience (piracy solved by a form of privately driven institutional monopoly), and ultimately lead to the walkout of the big AM companies from EU with the consequent loss in innovation advantage and growth.