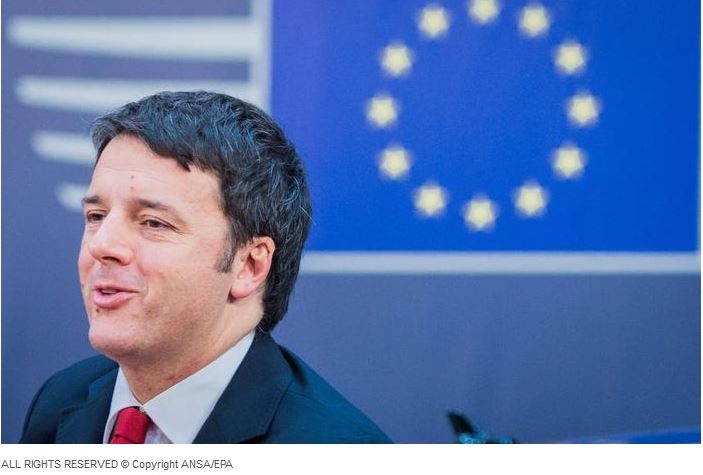 A deteriorated banking sector in a worn-out economy

At the beginning of 2016, in the context of the new EU legislation on “bail in”, Italy found itself unprepared to face the emerging crisis of its credit system, mainly caused by two correlated elements:
1. a banking sector weakened by a large amount of non-performing loans (NPL). About 200 billion Euros (17% of the total credit collected) made Italian banks unable to make profits and to effectively sustain the real economy;
2. a worn-out economy. Italy is coming out of three years of recession and its economy has been deeply affected by the 2007- 14 crisis, during which GDP dropped 9-10%.

In this scenario, the bankruptcy of four credit institutes in November 2015 highlighted the difficulties of the Italian credit system.

In the February issue of our IREF monthly Newsletter Gordon Kerr, John Butler, with Enrico Colombatto have already expressed serious doubts that the agreement negotiated at the end of January in Brussels between the Italian Prime Minister Matteo Renzi and EU authorities may favor a real reform of the Italian banking sector.
Let us briefly recall the debate so far. The different positions that had emerged before Italy negotiated an agreement with Brussels could be summarized in the following two alternative hypothesis:
1. An Italian TARP (Troubled Assets Relief Program), following which the Italian treasury would have injected the necessary liquidity to avoid further bankruptcies.
2. A market solution. Under this solution banks were expected to sell (to international investors and current bondholders) the excess of NPF at market prices.

The first hypothesis would have represented a form of direct State intervention and, therefore, in contrast with the EU legislation. Moreover, it would have involved further taxation or an even larger budget deficit. The second solution would have been clearly preferable. Of course, banks could have accessed the market earlier without the intervention of the Italian Government nor the permission of EU authorities. This suggests that the price that Italian banks were willing to accept could have been too high compared to the price the market was willing to offer. Quite likely Italian banks would have faced heavier losses under the market solution, but the situation would have also induced the Italian banking system to face the need of structural reforms.

The Italian Government was not willing to expose the credit system to market forces and, adducing the excuse of the need of an emergency solution to save the Italian banking system and economy, it has negotiated with Brussels an unconvincing compromise that will hardly reduce risk and will not favor much needed reforms in the Italian credit system.

On the 26th of January 2016 the Italian government and the EU reached an agreement based on the following three main pillars:
1. Banks would meet their capitalization requirements by constituting a “Special Purpose Vehicle” (SPV). They would then transfer their bad credits to this SPV, which would in turn transform them into derivatives to be sold in the market;
2. The senior bonds issued by such banks would benefit from a guarantee by the Italian Ministry of Economy and Finance;
3. The guarantees would be based on market prices, i.e. on the prices of the Credit Default Swaps of the Italian issuers with a similar level of risk, and will increase in relation to the passing of time. The banks that will resort to State guarantees would pay a fee. According to the Italian Government, these fees would cover the costs for the Treasury.

The deal is a potentially dangerous compromise. Even if banks are asked to sell bad credit at market prices, the prices are guaranteed by the Italian Treasury with taxpayers’ money. While strictly speaking this cannot be defined as public subsidies, it is clearly a signal that the Italian banking sector intends to sell bad credit at a price higher than the market is willing to offer. In other words, the potential losses that the banks may have faced with a rigorous market solution may now be covered using public funds. Moreover, the agreement does not explicitly require the restructuring of banks whose credits are guaranteed.

Those in favor of the deal argue that the agreement will allow Italian banks to get rid of bad credits quickly and put them in a position to effectively support the feeble attempts of recovery of the Italian economy. In other words, they argue that this compromise is a necessary condition for systemic reform.
We hold a less optimistic view. Historically the Italian banking system (including the authorities that should have regulated it) and the political arena have not shown any concrete intention to engage in a significant reform of the system toward market criteria. Why would Italian banks now consider painful restructuring voluntarily when public funds would shield them from potential losses?
The solution agreed in Brussels looks like another expedient to delay reforms and to shield the system against market forces at the expenses of taxpayers. It looks like Italy is going to miss another chance to seize an opportunity out of a crisis.

The confluence of ideas and interests in the process of rent destruction: the case of UK tax policy 1979-1997