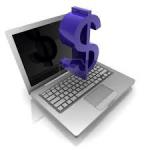 Knowledge has now become a capital investment and no longer a cost of producing goods. This change has been announced by Brent Moulton, head of national accounts at the Bureau of Economic Analysis (BEA), on April 22nd, 2013. This will change the way gross domestic products are calculated. It will lead to an immediate 3% growth in the United States’ GDP.

This may be one the most fundamental changes in GDP and for market indicators in the last decades. The most undervalued asset of a company, though the most important since it controlled its ability of innovation and ultimately its competitiveness, is at last monetized.

The global accounting systems were based on the old industrial model that estimated the value of a company on its tangible assets only, as machine-tools for example. They end up being obsolete because of the rise of a knowledge-based economy. Starting in July, the BEA will consider that research and development (R&D) is a part of a company’s capital. Also, the BEA will take a better account of other knowledge-economy intangible assets as book or film royalties.

As Brent Moulton said in the Financial Times on April 22nd: “The world economy is changing and there is a greater and greater recognition that things like intangibles assets are very important in the modern economy and play a role similar to tangible capital that was captured in the past.” It was measured that R&D could add 2% to GDP. As a result, the Unites States’ GDP will increase by 3% in July when the new accounting system will be applied.

One of the interesting outcomes for the markets is that hundreds of companies around the world were actually underestimated. The ability to monetize their knowledge investment will raise their value and create consequently new investments territories.

Let’s hope that some countries, especially in Europe, will not have the very bad idea to tax intangible assets as a new added-value in a company’s capital. This would be an unwelcomed welcome-gift to the GDP.

Effects of taxation on European multi-nationals’ financing and profits

Going Back to Basics: The Promotion of Free Trade