The market for sex, human trafficking and the EU 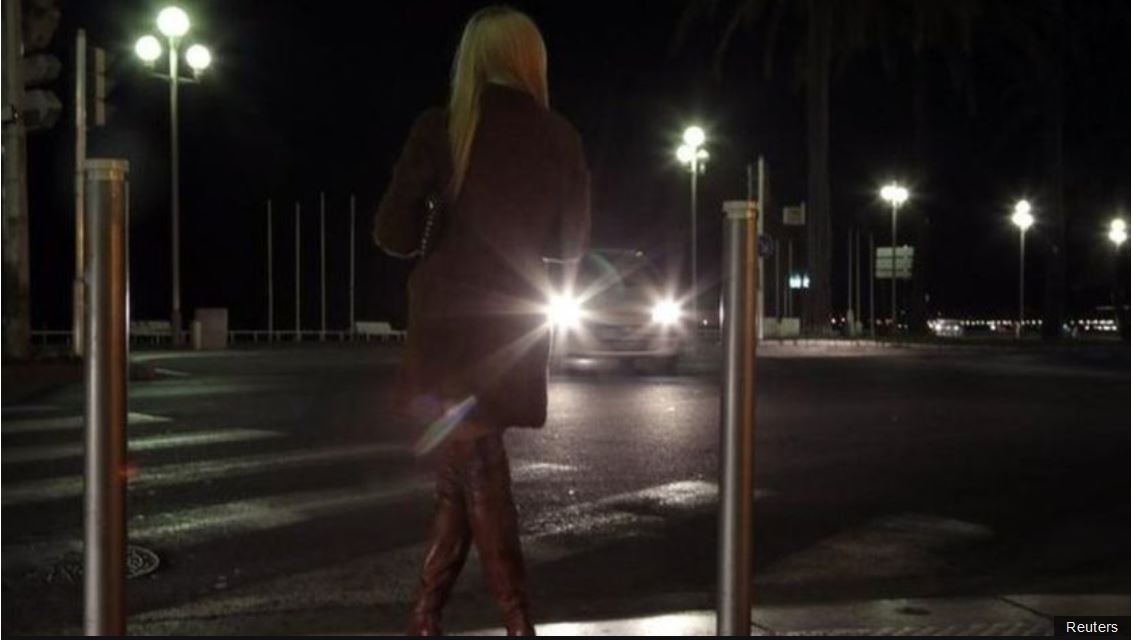 Back in 2014, several European countries started including the revenues from drugs and prostitution into their national accounting systems. These two sectors have several characteristics in common. First, the consumption of drugs and paid sex is usually considered an immoral activity from a religious and/or social point of view. Second, in most countries these activities are stuck in a limbo of legality and illegality. Third, organised crime is heavily involved in both. In this article, we will focus on the market for sex and prostitution, whereas the issues regarding legalisation of drugs will be covered in a future piece.

The market for paid sex

According to a report published in 2012 by Fondation Scelles, prostitution is a global phenomenon and involves around 40-42 million people of which 90% are dependent on a procurer; 75% of the workers are between 13 and 25 years old. Although reliable data hardly exists, the demand side is mostly composed of men.
Platforms that allow demand to meet supply can be physical, like brothels, clubs or the street, or virtual, like websites and online escort agencies. Obviously, prostitutes are the fundamental “input” on the supply side. Being a prostitute is a voluntary choice in some cases and in the Netherlands the profession is even discussed in schools as a possible career path. It is estimated, however, that this is not the case for the majority of workers in the sector: millions of women and children from deprived backgrounds from all over the world are bought and sold by criminal circles. Approximately 70% of prostitutes in Western Europe are migrants. Human trafficking for sexual exploitation is considered one of the most lucrative illicit businesses in Europe, with criminal groups making about $3 billion from it per year.

The plague of human trafficking, that is behind coherced prostitution, must be fought and the strong stance of the EU against it is well justified. More controversial is however the most effective way to achieve the goal: does it require to ban prostitution completely or not? On this issue European countries are divided.
Many European countries still subscribe to the so called “abolitionist” approach that aims to free prostitutes, seen as victims of their profession. In practical terms, prostitution is not illegal but pimping and related activities are. Other countries go further criminalising being a prostitute or soliciting sex, the so called “prohibitionist” approach.
More recently, two new approaches have emerged. On the one hand, the “neo-prohibitionist” approach – pioneered by Sweden and recently championed by the EU Parliament – makes buying rather than selling sex illegal. The French Parliament has recently passed a law that makes it illegal to pay for sex and buyers can be fined up to 3,750 Euros. On the other hand, the “neo-regulationist” approach, adopted by central European countries like Germany, Austria and the Netherlands, legalises prostitution and treats it as a consensual economic exchange. The approach essentially favours the creation of a regulated (in terms of health checks) market of sex. A complete summary is provided in the Table below.

Supporters of the “Swedish model” believe that hitting the demand side (the prostitutes’ clients) gives a tougher blow to the supply side, with the indirect benefit of harming the profitability of human traffickers. On the other hand, supporters of the “neo-regulationist” approach argue that legalisation favours the surfacing of the sector from the shadow economy, subtracting a very profitable business to illegal cartels. Moreover, the health and safety of both workers and buyers is more easily safeguarded if prostitution is legalised. Workers may also get out of the streets, where they currently practice in many countries.

There is very little doubt that human trafficking connected to prostitution is despicable and the EU commitment to persuade its member states to fight it is commendable. The EU Parliament, however, has recently taken a strong position in favour of the Swedish “neo-prohibitionist” model, punishing the demand side of the market. We believe that this system is rather short-sighted and it frustrates the freedom of (adult) individuals willing to make a legal transaction. It is also not obvious that criminalising the demand for sex will actually deliver a blow to human trafficking. In addition, a system such as the one adopted in Sweden would require an efficient and resourceful judicial system in order guarantee fast and effective decisions. Unfortunately this necessary condition may not be satisfied in many EU countries. It would be unacceptable if an individual accused of demanding sexual services had to wait for years to receive a judicial sentence.

The “neo-regulationist” approach instead has numerous clear advantages . The system essentially creates a free market, guaranteeing the free choice of adult individuals. The system has also obvious economic advantages in terms of wealth creation and tax revenues collection. In addition, the creation of a free and legal market would subtract a very profitable activity to criminal cartels. An additional advantage of this system is that prostitutes will be subject to compulsory controls to ensure the health and safety in the sector. This will be an effective solution to break human traffic networks. Regulators, however, will not need to interfere with free competition among private providers.
We therefore believe that the German-Dutch “neo-regulationist” model offers clear benefits that should be seriously reconsidered by the EU and its institutions before deciding to commit to the “Swedish model”. 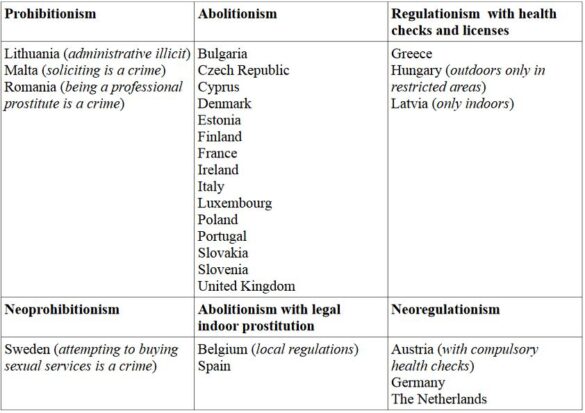 Tax policies in Poland, Slovakia, and Bulgaria: sitting on a ticking bomb or catching up with the West?