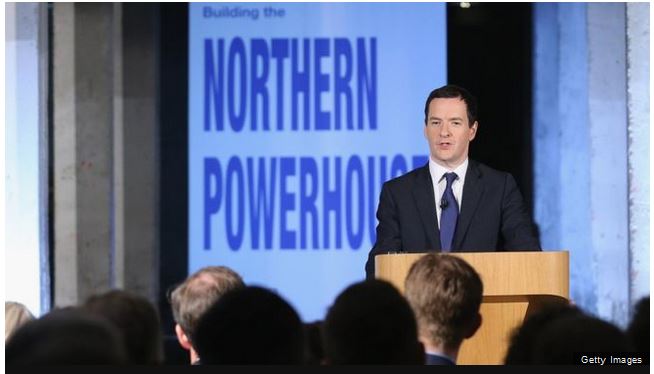 An historic decentralization deal in England

There is historically in England a North/South division. In the South, trade and financial services have made London the target of international investments and the principal source of economic growth in the country. In the North, there is no city comparable in size and performance to London. Yet, Northern economies have solid manufacturing, science and technology sectors.

Compared to the South, however, the North is clearly underperforming. Since 2014, the Chancellor George Osborne has been expressing his intention to tackle the North-South economic imbalance. The idea is to have both regions in a position to attract and create wealth for the country, and transform the North into a “Northern Powerhouse”. The way to achieve this has been identified in collaboration among northern cities, devolution of powers to local governments and creation of infrastructures. In particular, in the 2015 Budget, Mr Osborne has indicated that the city of Manchester (and the whole county of Greater Manchester, GM) will play a key role in this project. Key powers, including decision powers regarding transport, health and social care, housing, education and business support policies, will be devolved from London to the Greater Manchester Combined Authority (GMCA).

Greater Manchester with its 2.7m people, 1.4m jobs and £55bn gross value added (GVA) presents a clear potential for growth. It is located in the heart of the North of England, it owns the third largest UK airport (20m passengers every year) and has become a credible centre of innovation (especially after the discovery of graphene) and higher education. According to recent forecasts, the decentralisation deal may create an increase in population (+130,000 people), jobs (+100,000) and GVA (£17bn) in the next 20 years.

What is good about decentralisation and devolution?

Since the early 1970’s, the economic literature has acknowledged that the decentralisation of powers is desirable. Allowing regional governments to take essential decisions for their populations fosters administrative competition, creates opportunities for cooperation and enhances learning from others’ examples and mistakes. Moreover, it creates a framework of financial and political accountability.
So is it all good?
The devolution project is on its way. Unfortunately, for the time being the project seems to rely mostly on national public investments and centralised decisions. Some have questioned the choice of Manchester as the heart of the North. Moreover, so far the debate on the national media and in the political arena has focused almost entirely on high-speed transportation investments that would improve connections between the North and the South (the HS2 project is expected to cost £42.6bn), and among northern cities (the HS3 project to better connect Manchester and Leeds is expected to cost about £7bn). And not much has been said about the operational features of the Northern Powerhouse. Last, but not least, the key decision are being taken in London, where a Minister for the Northern Powerhouse has been appointed.
The quango (a government-funded organisation that operated independently from the government) Transport for the North is due to publish its first report on the matter soon. But tensions are already palpable, since the head of the quango has recently told the BBC that taxpayers should take a “leap of faith” on how their money will be spent on new roads and railways.
Better connecting the North with the rest of the country is important, but the priority should be developing local and municipal transport and networks – what is the point of high speed, smart highways and railways when local buses are not working? This would be a test of the political, organisational and financial skills of local governments. The choice of Manchester as a key centre in the North is sensible, but opportunities should be offered to as many local governments as possible.
It is vital for local governments to focus and have direct responsibility on local policies. The region is currently facing serious challenges. According to the sector regulator Ofsted, Manchester and Liverpool secondary schools are inadequate, not to mention the major challenges that the NHS faces during winter in Northern England. And it is not at all obvious that the Northern Powerhouse will provide a solution.
The success of the Northern Powerhouse should be assessed on the way local governments will use the new powers in dealing with these challenges. At the moment however it seems that the focus and the future of this devolution deal is mostly based on national interests and needs rather than on local ones.

Tax policies in Poland, Slovakia, and Bulgaria: sitting on a ticking bomb or catching up with the West?