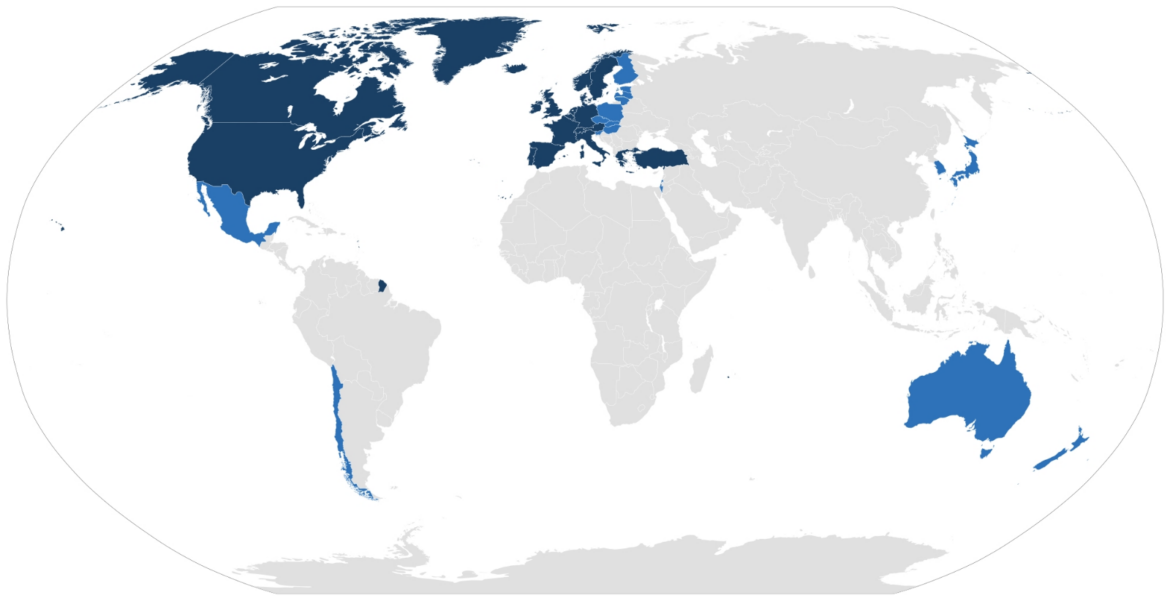 The OECD Jobs Strategy was launched in 1994 in response to high and persistent unemployment in the member countries. Although unevenly spread across the labour force, at the time unemployment was indeed perceived as the main policy challenge facing the advanced countries.

The Jobs Strategy set up nine sets of recommendations (see Fig 1). In particular, it encouraged governments to reform their employment security provisions, strengthen their active labour market policies, and make wage and labour costs more flexible. Moreover, it urged member states to overhaul their unemployment laws and the related benefit systems, so that equity goals could be achieved without jeopardizing the efficient functioning of labour markets.

According to the OECD, market rigidities were preventing adaptation; flexibility was then conceived as the only remedy against long-term unemployment. In later years, the OECD concluded that countries that had embraced the reform recommendations most comprehensively were indeed those where the rate of unemployment had fallen most. 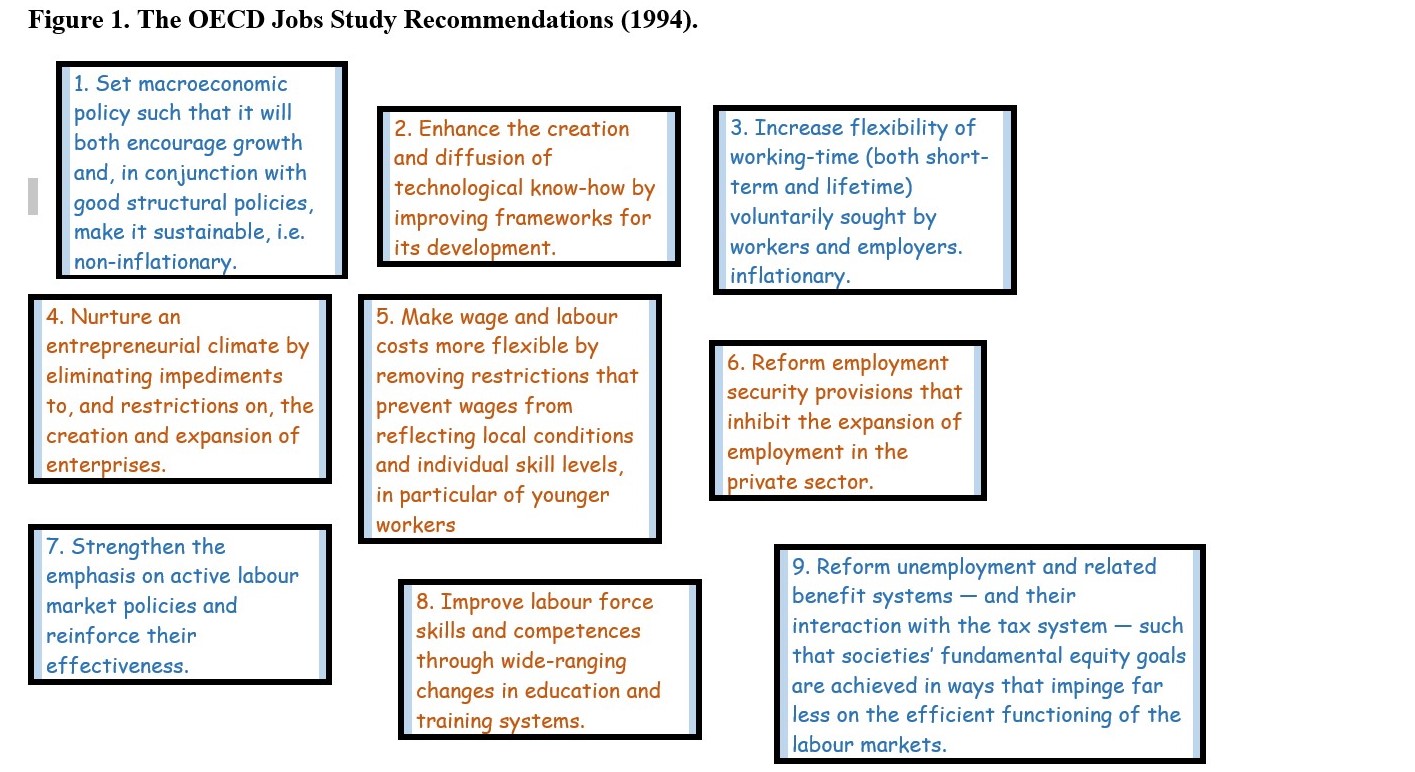 Despite much self-indulgence, in 2003 the OECD Labour and Employment Ministers claimed it was time to reconsider the policy recommendations contained in the 1994 Jobs Strategy, and possibly revise them to respond to new challenges. Accordingly, the 2006 edition of the OECD employment outlook provided a reassessment.

However, in January 2016, the OECD Employment and Labour Ministers called for yet a new Jobs Strategy, released last December. This renewed Jobs Strategy aims at providing suitable responses to the new reality, characterized by rapid digital transformation, globalization and population ageing.

The OECD Labour Ministers are worried, and rightly so. As described in Figure 2 below, labour productivity is growing very slowly, a trend that began in 2000, when the reduction in the quantity of fixed capital per worker also emerged (Fig. 2a). This trend, in conjunction with population ageing, is likely to negatively affect living standards in industrialized countries in the medium / long run. Furthermore, the shift of employment from manufacturing to services has led to job polarisation: the number of middle-pay, middle-skill jobs has declined relative to the number of the high-skill and — to a lesser extent — low-skill positions (Fig. 2b). 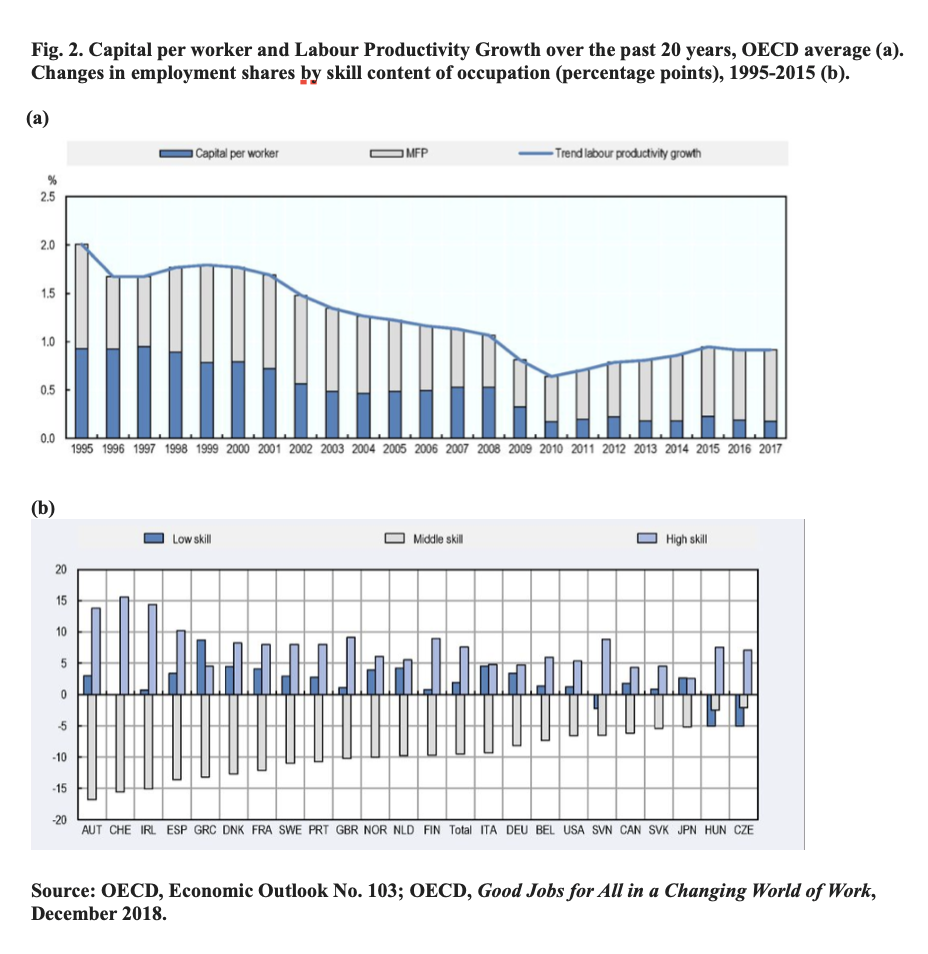 In a context where rapid technological progress, globalization and population ageing put a premium on continuous skill development, and in which the skills acquired in youth are quickly obsolete, policy makers try to enhance productivity gains, protect workers from unemployment, and meet the demand for redistribution. This explains why they evaluate the performance of the labour market according to three sets of parameters: i) quantity (employment/unemployment data, remuneration and working conditions) and quality of jobs; ii) inclusiveness (distribution of opportunities and outcomes across individuals); iii) adaptability (the effectiveness with which individuals, institutions and societies adapt to economic changes). In other words, the key policy recommendations are now based on three broad principles: i) promote an environment in which high-quality jobs can flourish; ii) protect individuals against labour market risks; iii) prepare for future opportunities and challenges in a rapidly changing labour market. Will these goals be achieved?

According to the document released in 1994, market regulation and legislation were the key explanations of high unemployment. Hence, liberalization and deregulation were the obvious remedies. It was believed that these measures would have favoured the financial (and political) sustainability of the national welfare states in a context of increasing international competition and limited public resources. In other words, bad institutions were considered the main cause of unemployment. The emphasis was on the presence of unemployment benefits, which would discourage unemployed workers from looking for regular jobs. The solution was “activation”, i.e. making sure that those unemployed would seek and accept a job offer. Yet, slogans are not enough, especially in a context of stagnant economic growth and given the policymakers’ priorities. In this light, the new OECD Jobs strategy does not disavow its earlier views, but tries to address a new issue: stagnation is becoming a threat to political stability. Of course, one wonders how to design policies that promote skills, fairness and redistribution. Once again, slogans lone will not do. Rather, one fears that governments might use the 2018 Jobs Strategy as an excuse to increase public expenditure, and further suffocate growth. If so, the 2018 Jobs Strategy will be another nail in the coffin, rather than a viable solution. 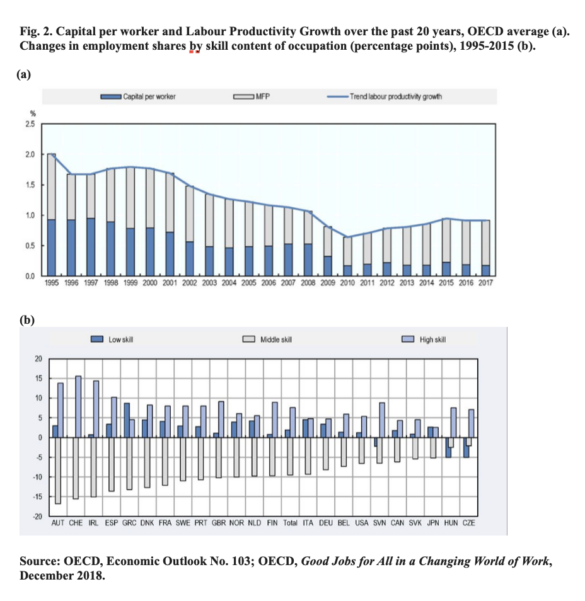 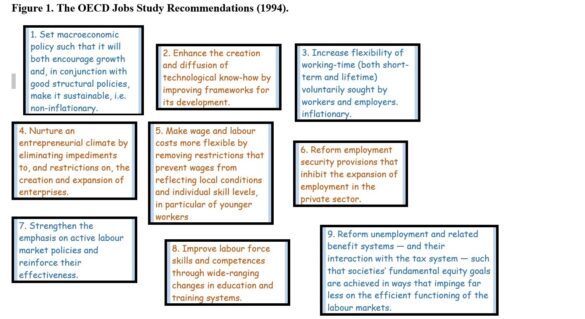