The Receipt for Government Services for 2013 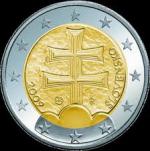 Richard Durana, Ph.D, director of Institute of Economic and Social Studies (INESS) has annouced that INESS released the Receipt for Government Services for 2013.
The annual price of the state for Slovakia increased by EUR 322 (7.3%) and reached EUR 4,704 per citizen.

The Receipt has been distributed by Slovak major opinion making daily SME on 18 April 2013 in printed form, reaching more than 70 000 readers and other tens of thousands on the internet.

The goal of the project is to explain that there ain’t no such thing as a free lunch provided by state and to inform general public on the costs of the public services by using this specific visual form. It uses per citizen calculation (including children and retirees), that enables better understanding of each taxpayer´s share on financing the public services.

The price of the state per working person reached EUR 10,857.

At the same time, it highlights enormous deficit financing of the public sector and growing debt.

The Receipt for Government Services is a part of The Price of the State internet project operated by INESS that can be found at www.priceofthestate.org

Effects of taxation on European multi-nationals’ financing and profits