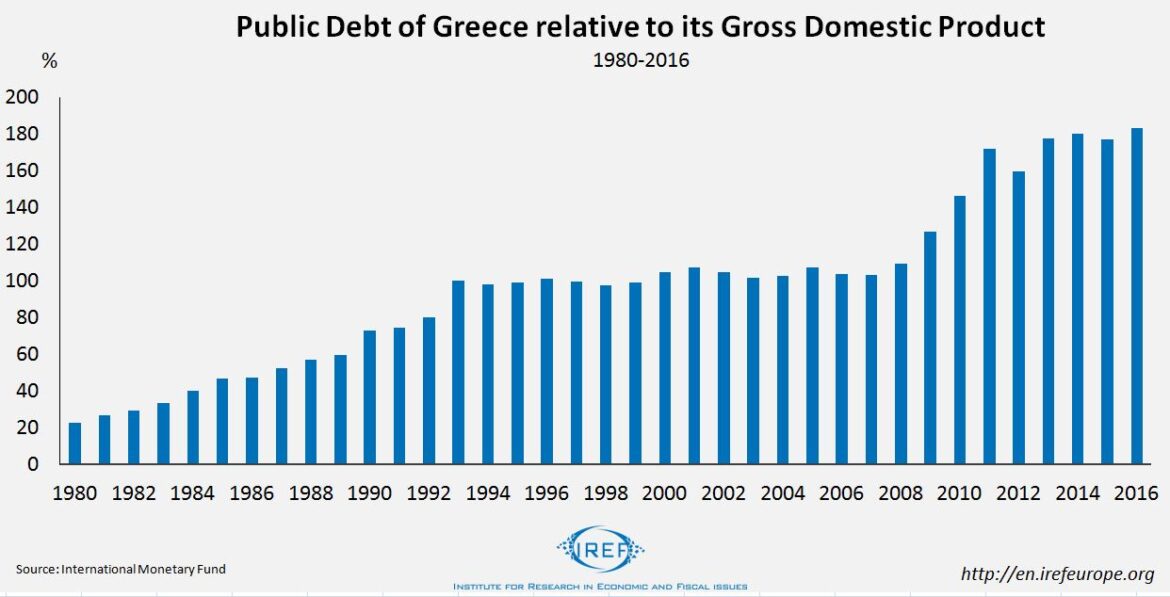 Greece’s government debt keeps Europe busy for almost 7 years now. The government debt ratio adds up to almost 180% of the GDP. According to Transparency International, Greece is ranked 69th globally for corruption – a serious obstacle. Also, Greece is the most regulated country in Europe. According to the Fraser Institute Greece ranks 129th (out of 159 countries), just above Uruguay. In many developing countries regulations are less strict than in Greece. In a new IREF working paper, Niclas Berggren and Christian Bjørnskov find that more regulations are accompanied by higher debt. Their results could help understanding Greece’s economic problems and evaluate proposed solutions.

Regulation and Government Debt: Three Mechanisms
The authors of the working paper discuss three mechanisms through which regulations can have an influence on government debt:

2. The second mechanism discussed in the paper describes the relationship between regulation and debt through the direct effects of regulations. A higher number of regulations can hamper creativity leading to fewer transactions in markets. Hence, the resulting lower economic activity reduces the GDP and increases the debt relative to GDP. Furthermore, the lower economic activity reduces tax revenues which have to be offset by higher debt.

More Regulations, higher Public Debt
In their paper, Berggren and Bjørnskov find a negative relationship between freedom from regulation and public debt for a set of 67 countries. If the degree of freedom from regulation increases one point on a scale from zero to ten, the public debt of a country decreases on average by six percentage points. If Greece would, for example, implement the same level of regulation as Denmark, it would decrease its debt ratio by 10% over a period of five years. 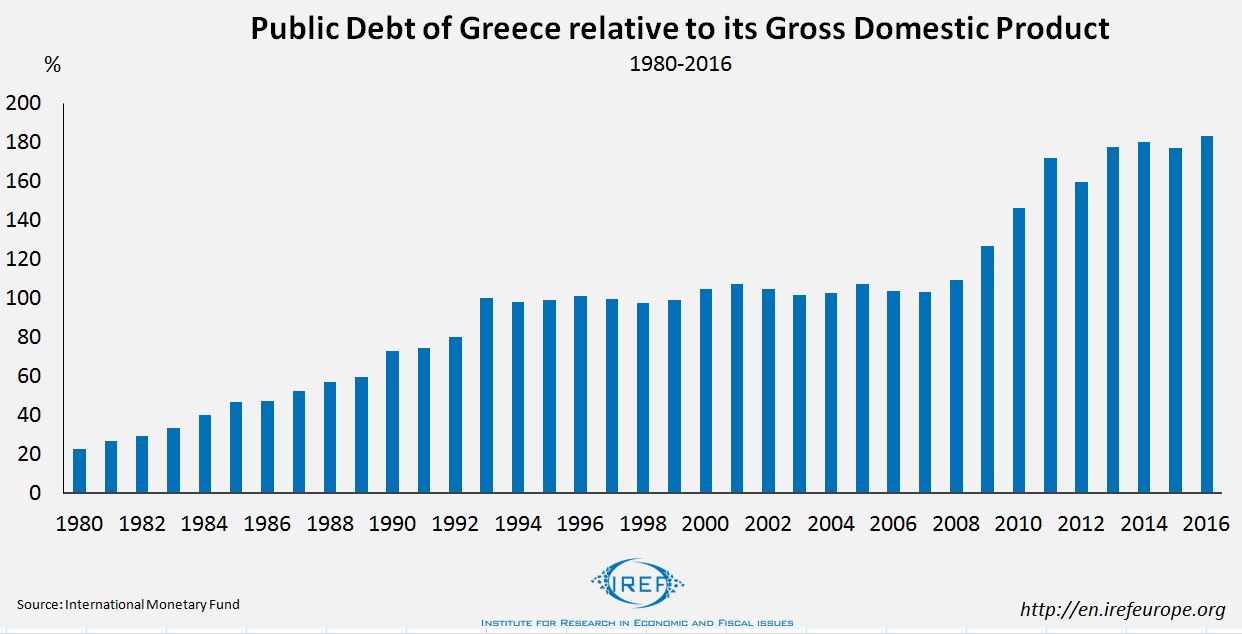 Greece on the Right Way?
Against this background, the results of Berggren and Bjørnskov are relevant for the assessment of the current situation in Greece.

Additionally, in the light of different possible transmission mechanisms it raises the question whether the measures taken so far to reduce Greece’s public debt are promising in the long-term.

Indirect Influence of Ideas
International investors are regularly demanding reforms from the Greek government aimed at the deregulation of the economy. The suggestions of the Troika do usually not enjoy great popularity among the Greek population. If the degree of regulation actually functions as a reliable indicator for market friendliness the rejection of market friendly reforms comes as no surprise. Moreover, in the short-run the reforms have considerably negative consequences for some members of the society. Possible successes of deregulations, however, can only take effect in the long-run.

Stable institutions are based on the consensus of the parties involved. Economic and political reforms which remove competitive barriers and open up markets will only be successful in the long-run if the people’s attitude towards the relative attractiveness of market provided and state provided solutions changes.

It is doubtable that the reforms negotiated with the investors and regarded as externally enforced can contribute to higher approval rates for open markets and thus indirectly to a decrease of Greece’s high public debt.

Direct Influence of Regulations
The high levels of regulation of many areas of life in Greece stifle creativity and limit opportunities for cooperation substantially. Entering the labour market, for example, is made particularly difficult due to regulations and corruption only made possible because regulation prospers.

The deregulation partially imported from abroad can still, in principle, contribute to an improvement of the situation in Greece despite being painful in the short-run. In the name of austerity reforms should be implemented that lead to lower state revenues and a reduction of market entry barriers – not higher tax revenues – so that in the long-run deregulation can contribute directly to positive effects.

Indirect Influence of Demanded Interest Payments
The so far modest success of the reforms initiated by the Troika does not seem to have significantly improved trust in Greece’s financial stability. The current level of regulation in Greece, paired with uncertainty over future developments of the regulative environment is an important reason why the Greek government still has to pay relatively high interest rates on new debt despite all rescue packages.

Little Reason for Optimism
The deregulation initiated by the international investors has the potential to contribute to a revival of economic growth in Greece. If the productive deployment of resources becomes more attractive due to the deregulation and it enables additional opportunities for cooperation, the public debt ratio will decrease. Success also depends on what influence the externally initiated reforms have on the Greek population’s attitude towards open markets and how potential lenders assess the observed reform process.

There are not many reasons for optimism. In the light of the previous analysis even an exit from the Eurozone does not look very attractive from the perspective of Greece. Even though reforms would no longer be initiated from outside the country, considering the not very market friendly attitude in Greece there would probably still not be a domestically driven reduction of regulations – at least not until the regulative burden together with the interest rates demanded by investors would become unbearable. 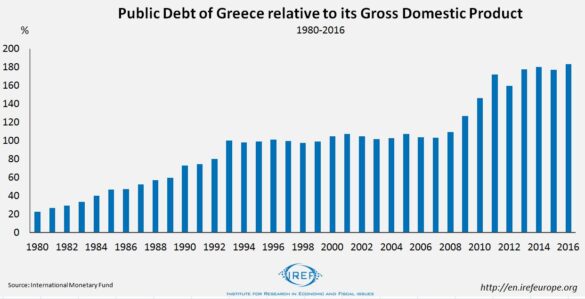