The Serbian r(EU)volution passes through privatization and political stability 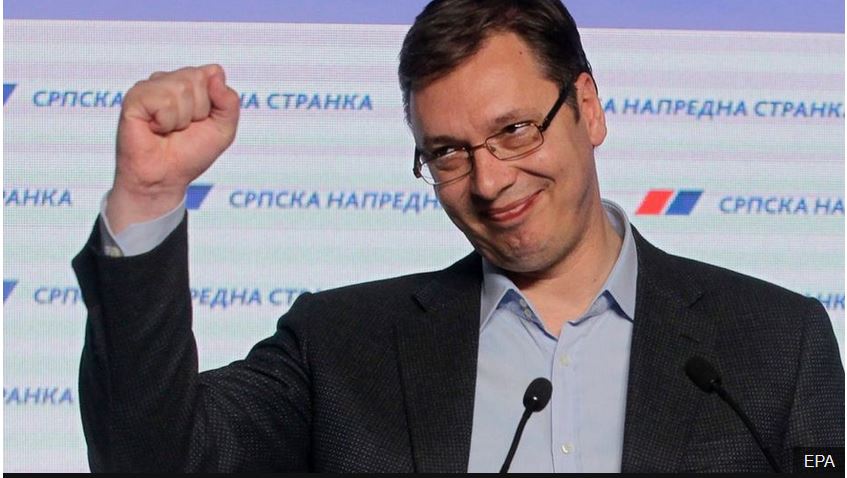 The Serbian economy needs a shock to take a path of recovery based on growth and modernization. The IMF recently argued that even if the country “continued to make important progress in fiscal consolidation… important challenges remain to ensure a durable fiscal improvement and put Serbia on a higher medium-term growth path”. Indeed, after recession in 2014 and stagnation in 2015, the Serbian GDP was expected to grow – according to IMF estimations – by 1.8 percent in 2016. Recent estimates show instead that GDP will remain below the level recorded in 1999. In the meanwhile, the unemployment rate reached 18%, in a country where the GDP per capita is about 14,000 international dollars and the monthly salary is only 566 international dollars.

In this scenario, the Balkan State is trying to define a path of reform that should culminate with Serbia joining the Union. The hope is that joining the EU would represent the turning point for improving its economic condition. A quick look at neighboring Hungary explains why Serbia intends to take a similar path. In 2010, Hungary was worse off than Greece, in GDP terms. Today, it is one of the European economies that emerged more quickly from the economic and financial crisis and, in the last three years has shown one of the highest GDP growth rates in EU (1.5% in 2013, 3.6% in 2014 and 2.9% in 2015), with an estimated + 2.5% for 2016. Moreover, the unemployment rate is modest (6.5%) and the public budget deficit is under the parameters established by the European Commission. The participation to the single market has been surely a factor of success for the attraction of FDI.

The need for political stability

Serbia must show political stability in order to gain access to the EU. At the beginning of 2016 the political context forced the leader of the Serbian Progressive Party, Alexsandar Vucic, to conclude his first government mandate – started in April 2014 – before its natural end, and to ask for anticipated elections. Nonetheless, Vucic had introduced a set of significant measures aimed at relaunching the Serbian Economy:

1. a reform of the labor market – aimed to create more flexibility -,accompanied by fiscal incentives to sustain the employment;
2. new laws on bankruptcy and the construction sector;
3. support to small and medium enterprises, by facilitating their access to the credit market.

In asking for new elections Vucic was putting in place a strategy to obtain – through an election campaign based on joining the EU as one of its pillars – a more solid majority in Parliament ensuring stability and the possibility to bring about key reforms in the economy. But his ambition was partially disregarded by the results coming out of the consultation. The vote in April 24th, indeed, established a composition of the Serbian Parliament (See Graph. 1) different from Vucic expectations: 131 of the 250 seats were assigned to the Serbian Progressive Party and 29 to its potential allied, the Socialist Party. Moreover, two movements of extreme right and pro Russia entered the Parliament: the ultra nationalist Radical Party (22 seats) and the extremist movement Dveri (13 seats). Possibly the wind of Euro-skepticism that is flowing through the Old Continent, and that showed its strength in the recent results coming out of the referendum on Brexit in UK, penalized a leader that based his political promises on the importance of hooking the “EU locomotive”. 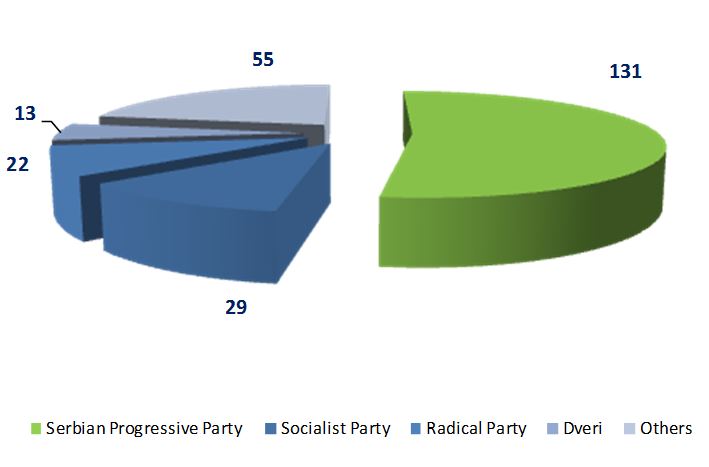 Clearly joining the EU cannot be a Panacea for Serbia (especially in its current state). The ability of the old/new executive to ensure stability and modernize the Serbian economy will be critical, for the future of the country and to instill confidence into the electorate (and the EU). In this perspective, we believe that Vucic is right in focusing on privatization and public spending. For a country of 7 million people a public apparatus of about 800,000 employees is vastly overblown. Indeed, the leader of the Serbian Progressive Party announced an extended privatization program, which includes banking, telecommunications, pharmaceutical and heavy industry, and also small firms operating in local contexts. The success in freeing the public budget from unproductive expenses will be vital in defining the future economic performance of Serbia and, eventually, its chances to join the EU. Unfortunately, the results of the electoral consultation do not constitute a solid basis on which Vucic can easily realize his government program. The long time needed to define the new executive composition (the announcement of the government formation given by the prime Minister in pectore has been already postponed fivefold since the day of the vote: now the new deadline seems to be the 17th of August) is indicating the political difficulties faced by the leader of the Serbian Progressive Party. Moreover, the limit – established by the Serbian law – of 90 days between the first Parliament session and the creation of the new executive is inexorably approaching: the deadline for Vucic and the future of Serbia is on the early days of September. Public spending is currently an unbearable dead weight that undermines any other attempt to introduce economic reforms. No reform will be successful, if not accompanied by a serious restructuring and reduction of the national budget and, to achieve this, political stability is an essential condition. 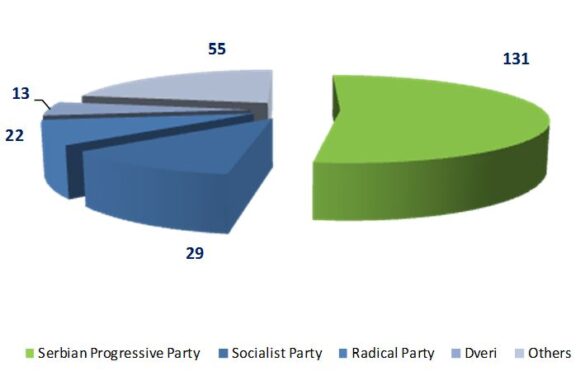 Efficiency and productivity of tax courts