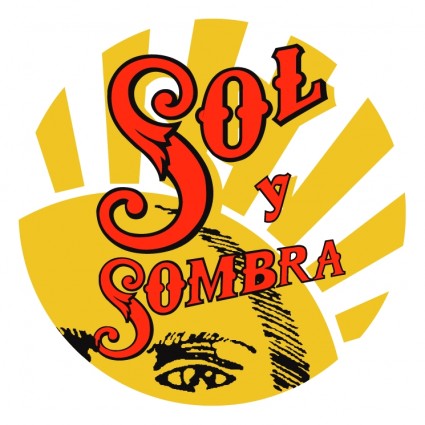 Spanish government has just announced it will cut some taxes. The actual cut will not come until early next year, and just like a Spanish rodeo arenas, it has a sunny and a shady side to it. The sol is the riddance of tax breaks. The sombra, however, is ushered by the EU pressing for higher taxes.

On June 20th, Mariano Rajoy’s government announced it would cut some income and corporate taxes, on average by pretty significant 13%. The phrasing of the motivation is rather strange. According to the Budget minister, Spaniards deserve to be compensated “for the efforts they have made during the recent crisis”.

This is like saying to a dieting obese person – “I know it has been hard work staying away from the cake. Here, reward yourself with a cake. You deserve it.”

Spaniards cannot be “compensated” for austerity. Instead, austerity is itself a compensation for their previous profligacy. Whether loose money was caused by the government’s overly loose fiscal policy in good times, and/or by investment bubble caused by what was essentially a Deutschmark replacing the peseta, and/or by government’s own encouragement of the property bubble, the fact is that Spaniards, like the vast majority of other EU countries, lived beyond their means.

In fact, their debt increased at one of the fastest rates since the first signs of recent economic problems. In the following graph, virtually all countries’ debts are increasing gradually and the lines are mostly parallel, only a couple of countries’ cut across other lines: Greece, Portugal, Slovenia and – Spain (Cyprus copies Spain so perfectly that it looks like one line, except for the estimates of 2013): all countries constantly in the headlines for fiscal problems.

Real reason for the announced tax lowering seems to be the most pragmatic of reasons: Spanish general elections due next year. Although lowering the tax rate one notch is a welcome respite, pre-election tax cuts hardly ever last. So instead prophesising whether or not such tax cuts can boost growth in a largely unemployed country, let us turn to the arguably more interesting part of the tax “reform”.

Spain has one of the smallest tax bases (“things liable to tax”) in the EU. Again, that on its own may sound very promising. Who wouldn’t want to live in a country where most things are tax-free? The problem is that the small tax base is not a reflection of a small government which generates enough revenue from few taxes – as was the case of 18C Britain, for example.

Instead, Spain is a wonderland of all thinkable and unthinkable exceptions and tax breaks. Some of them are now scheduled to go. In 2005 the government wanted to attract top scientists promising foreign nationals never to have to pay more than the low (!?) rate of 24% no matter what their earnings. The government grossly overestimated earnings of scientists and the law became known instead as “Beckham’s Law”, now to be scrapped.

Talking of stars, silver screen’s preferential treatment will continue, albeit in a limited form. A 15% tax break will be introduced, but capped. Of course, these tax breaks for Hollywood have little to do with domestic fiscal policy and more with international competition among governments over who can bribe film-makers more. Spain will, of course, retain a 38% rebate for the Canary Islands. (Even then, however, France or Germany can often offer even more.)

Although nothing has been passed or confirmed yet, the Spanish government plans scrapping many other special treatments. Lobbying by incumbents will naturally be fierce but any equalization of treatment which will make it into eventual fiscal policy will be worthwhile, for at least the following reasons:
• Exception scrapping has a chance of being longer lasting than tax reduction. It takes time of lobbying to reintroduce them, one by one, whilst tax rates can all be changed at once, overnight.
• People’s efforts (time and money) will be redirected to productive use, away from seeking to qualify for arbitrarily defined requirements for tax breaks
• The measured size of government (as percentage of GDP) will be closer to reality. Giving somebody a tax break is the same as if money were collected in tax and then given back as a selective subsidy. When a government actually does this, it shows in the statistics. If it’s done through tax breaks, it escapes measurement, although it is essentially the same.
• All animals will be equal, and some animals will no longer be more equal than others.

As it was, the Spanish plan was to “compensate” people for austerity, and lower taxes and clean up the system of exceptions.

EU, however, has a different view of compensation. The ECOFIN group (gathering of all finance ministers of member states) quickly called on Spain to “compensate” the reductions in income and corporate taxes by increased consumption tax, the VAT.

They present it as a concern that debt would increase, although the Spanish government contends that the increased tax base will offset the reduced tax rate. In reality, however, the EU advice to Spain to increase other taxes may be much more sinister. Consider:

When Spain reduces her taxes, it makes taxes in the rest of the EU appear relatively much higher and less competitive. So the EU has a vested interest in making sure that taxes do not fall too low in any particular sub-section of its territory. ECOFIN’s call on Spain to increase other taxes therefore may not be to “compensate” but to safeguard against tax competition. References to “budget responsibility” seem more like a cloak for EU’s own interest in perpetuating high tax rates.

If the EU really wants to help Spain live within her means, they should be calling on Spanish government that it cuts its spending, not that it increases other taxes. 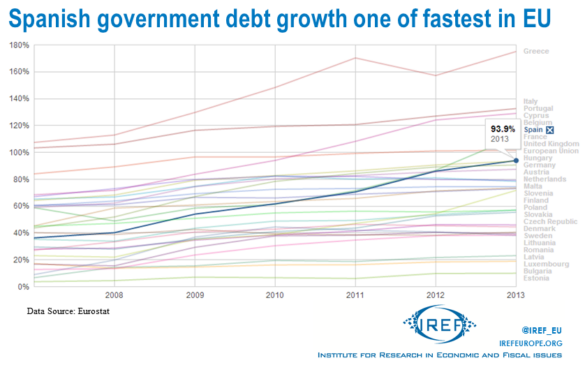 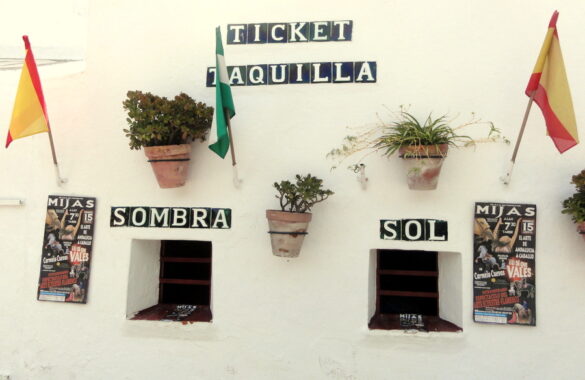