The Stimulus Does Not Work 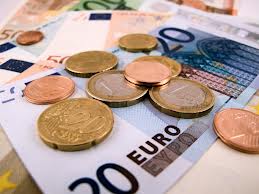 The crisis of the world economy since 2008 has encouraged various governments to increase the share of public spending. This increase was a general phenomenon among the OECD countries and contributed to an unprecedented debt hike. An IREF study comparing the development of key economic indicators over the recent period (1997-2011) for some 30 OECD member countries makes it possible to update the link between public spending and economic growth in the light of the first impact of deficit spending between 2008 and 2009.

The data show that the increase in public expenditure has had no stimulus effect on GDP. Worse, the spending spree has aggravated public deficits as governments have relied on taxation by a 70 per cent proportion. As a result, employment has plunged (in terms of total number of output hours), investment has decreased and exports have fallen. In fact, the study shows that a ten per cent increase of public spending yields on average a decrease of one percentage point in growth. In 2010-11, an additional euro spent by government only increased GDP by 1,1 euros. There was no stimulus, as the economy only took note that more money had been injected. Further, increasing public spending by 20 percentage points increases the deficit by 9 points, or 35 per cent of increased public spending not financed by tax hikes. The countries with high public spending are thus in dire straits financially and in terms of debt management. Since the beginning of the crisis, the debt has increased in many countries. In 2012, 17 countries out of 31 exceeded the Maastricht rule of 60 per cent, and some of them by a large margin.

In France, the policy of Nicolas Sarkozy amounted to a sustained increase of public spending. The government of François Hollande, instead of reversing this trend has amplified it. Public spending currently represents 57.1 per cent of GDP, taxes and compulsory contributions have reached 46.3 per cent and the debt is approaching 96 per cent of GDP. With one of the highest spending and debt ratios in the world, the situation of France is now alarming. For the period 2008-2012, growth has been far weaker than the average of the other countries surveyed (1.7 per cent against 2.6 per cent. The level of public spending (on average 54 per cent of GDP in the same period) combined with one of the weakest investment levels among OECD countries (19 per cent against 22 per cent) will not make for a quick fix of unemployment.

Reality bites: the countries where government meddles the most are the worst off. Less growth and employment, fewer investments, less dynamic exports. Keynesian deficit spending has had no other outcome than increasing the number of people on welfare and sending the debt burden sky high.