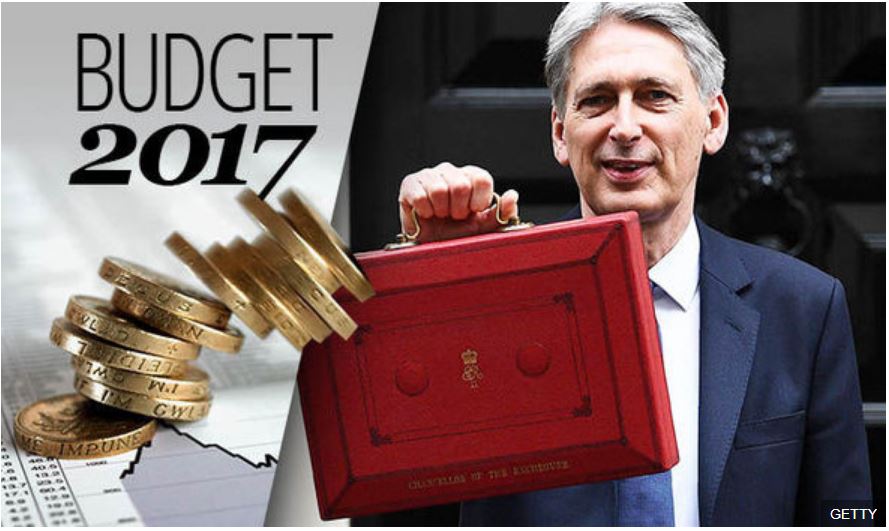 The UK Chancellor of the Exchequer, Phillip Hammond, has recently delivered in Westminster a rather uncontroversial Spring Budget. What has been greatly controversial, and rather embarrassing, was that the Chancellor has been accused of breaching a conservative manifesto promise and asked to take a u-turn regarding a proposed increase in national insurance taxation for self-employed. If the UK government really values entrepreneurial spirit and economic freedom, it would be more responsible and fair to eliminate national insurance contributions for the whole society and allow all individuals to access privately and independently health and social care.

The UK Spring Budget 2017 has been recently delivered to the Parliament by the Chancellor of the Exchequer, Mr Philip Hammond. From an economic and fiscal point of view, the budget discussed in Westminster was not particularly controversial. In view of the imminent Brexit negotiations, the Chancellor opted for targeted increases in spending, and marginal increases in national-insurance taxation for the self-employed. The national insurance tax represents essentially the premium that each individual earning an income is forced to pay to the national health/social care system. Currently, the system is skewed in favour of self-employed individuals, most of whom pay a rate of 9% compared to the 12% rate applied to the employed workers.[[Contributions for the self-employed would have increased from 9% to 10% in April 2018 and 11% in April 2019. The increases, applying to earnings between £8,060 and £43,000, were estimated to raise £145m a year by 2021-22. All earnings above £43,000 would have continued to be taxed at 2%, while those below £8,060 would pay nothing.]]

Mr Hammond defended the increase in national insurance tax on fairness and budgetary grounds. On the one hand, employed and self-employed individuals earning the same income and using the same service should be asked to pay the same. On the other hand, the health and social care systems are on the brink of collapse.

What has been greatly controversial is the u-turn that the Chancellor has been asked to take regarding such increase of national insurance taxation for the self-employed. The reason had nothing to do with fiscal or economic motivation. It was only political. The Chancellor had to withdraw the proposed increase in national tax insurance rate because it was breaching a conservative manifesto promise. Interestingly, the strongest criticism to Mr Hammond came from Conservative backbenchers.

These events have highlighted two issues. It appears that for the government, politics comes before economics. This is particularly worrying now that the government lead by Theresa May prepares to negotiate UK’s exit from the EU. Politicians tend to have a short run perspective, while the economic effects of Brexit will last for generations. Mr Hammond should play a key role in defining the plans for Britain, but the humiliating events connected to the Spring Budget indicate clearly what limited role he may be allowed to play.

Another issue concerns the way politicians see the role of the employed, the self-employed and their contribution to society. For the conservative party, the self-employed belong to a category that needs to be protected. These individuals represent an entrepreneurial spirit that needs to be cherished and defended. From an economic point of view, however, it is not so clear whether a lawyer contributes to society more than a teacher, or a plumber more than a civil servant. It is also not so clear which category faces higher risks or uncertainty. It may be true that self-employed workers tend to have less welfare protection than an employee. Nonetheless, they enjoy the freedom to set their conduct in the market and can earn significant remunerations. More importantly, the decision to belong to either category is in the hands of individuals who are free to choose. It is, therefore, very difficult to argue that health and social care of self-employed deserve to be subsidised by other groups of taxpayers.

If the conservative party recognises the benefits of economic freedom, entrepreneurial abilities and private undertakings, why not push further? In particular, if the government really values the entrepreneurial spirit of the self-employed and their inclination to deal with business risks, wouldn’t it be logical and coherent to allow them to freely decide the level and costs of their health and social insurance? We think so. More to the point, it would be more responsible and fair to eliminate national insurance contributions for the entire society and remove an unfair privilege to a lucky subset of the population. Rather, all individuals should be allowed to access health and social care following their price/performance preferences.