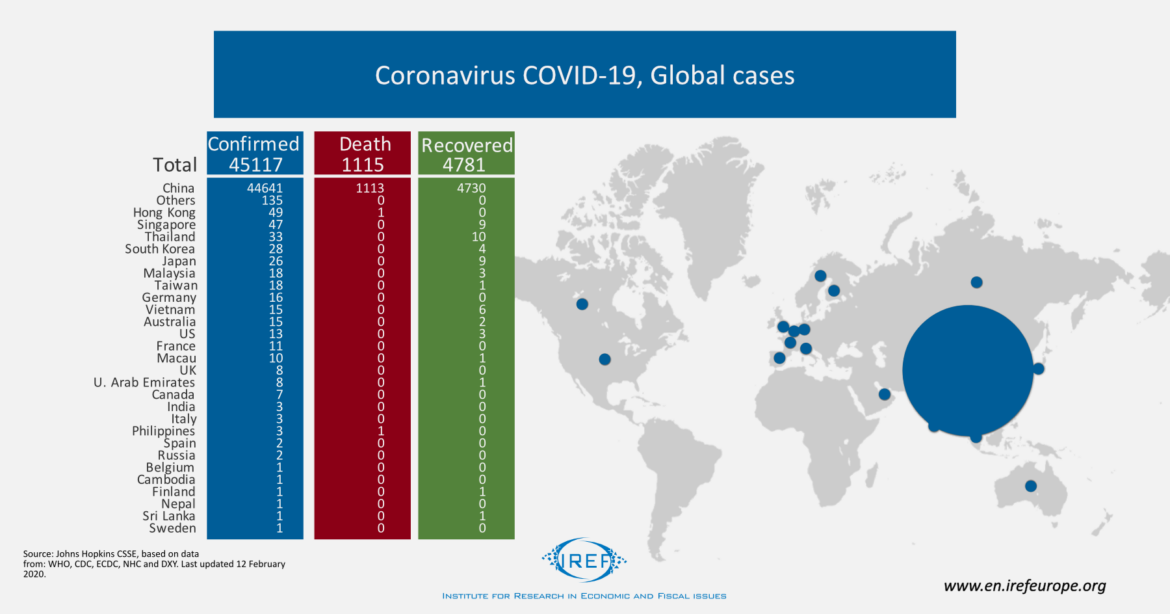 A new type of virus is holding the world in suspense by evoking images of the worst Hollywoodian nightmares. It is known that it spread out of Wuhan, the capital of Hubei province, China, and then quickly propagated throughout mainland China, at least for the moment. The mortality rate of this new type of coronavirus is reported to be at about 2%. This esteem might be however highly imprecise. First, because the real number of people infected is not known. Some independent institutions presume that it could be much higher than the statistics reported by the official authorities. Second, because it needs time for the mortality rate to approach its steady state value, as most people are still ill, and it is not possible to know exactly how many of them will recover.

The first figure depicts the diffusion of the virus worldwide. It also reports the number of confirmed cases, deaths and of those who have recovered. A trained (and optimistic) eye might notice that the line indicating the total of confirmed cases in Mainland China (the red line in the secound figure) is perhaps slowly changing its slope in a more favorable way (this means that diffusion is, hopefully, slowing down). 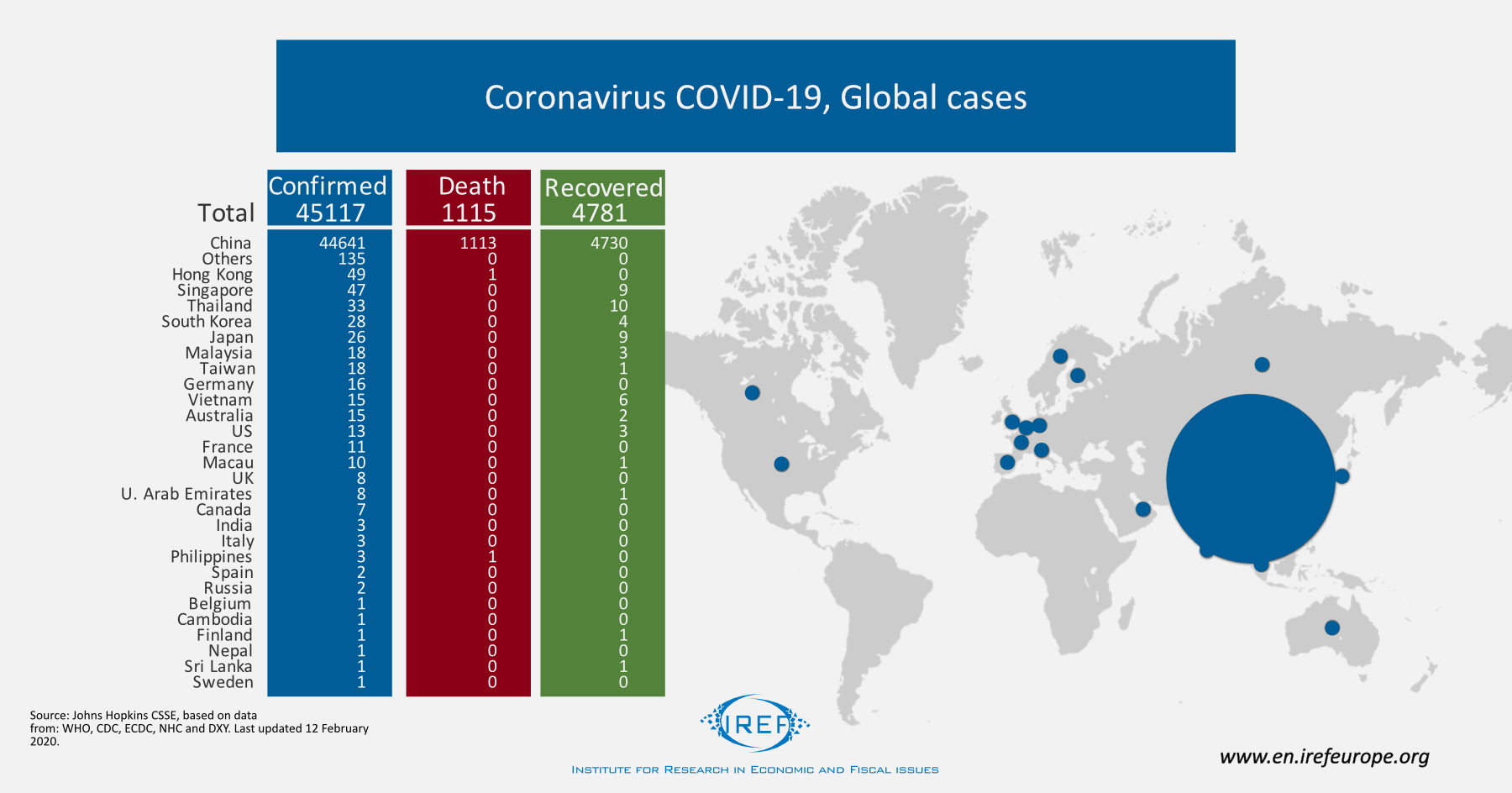 No remedies are known at the moment, except quarantining millions of people in a desperate attempt to stop contagion. Hopefully, this will be enough. Yet, it is possible to argue that contagion itself has given us the real measure of the risks that a globalized world must face. 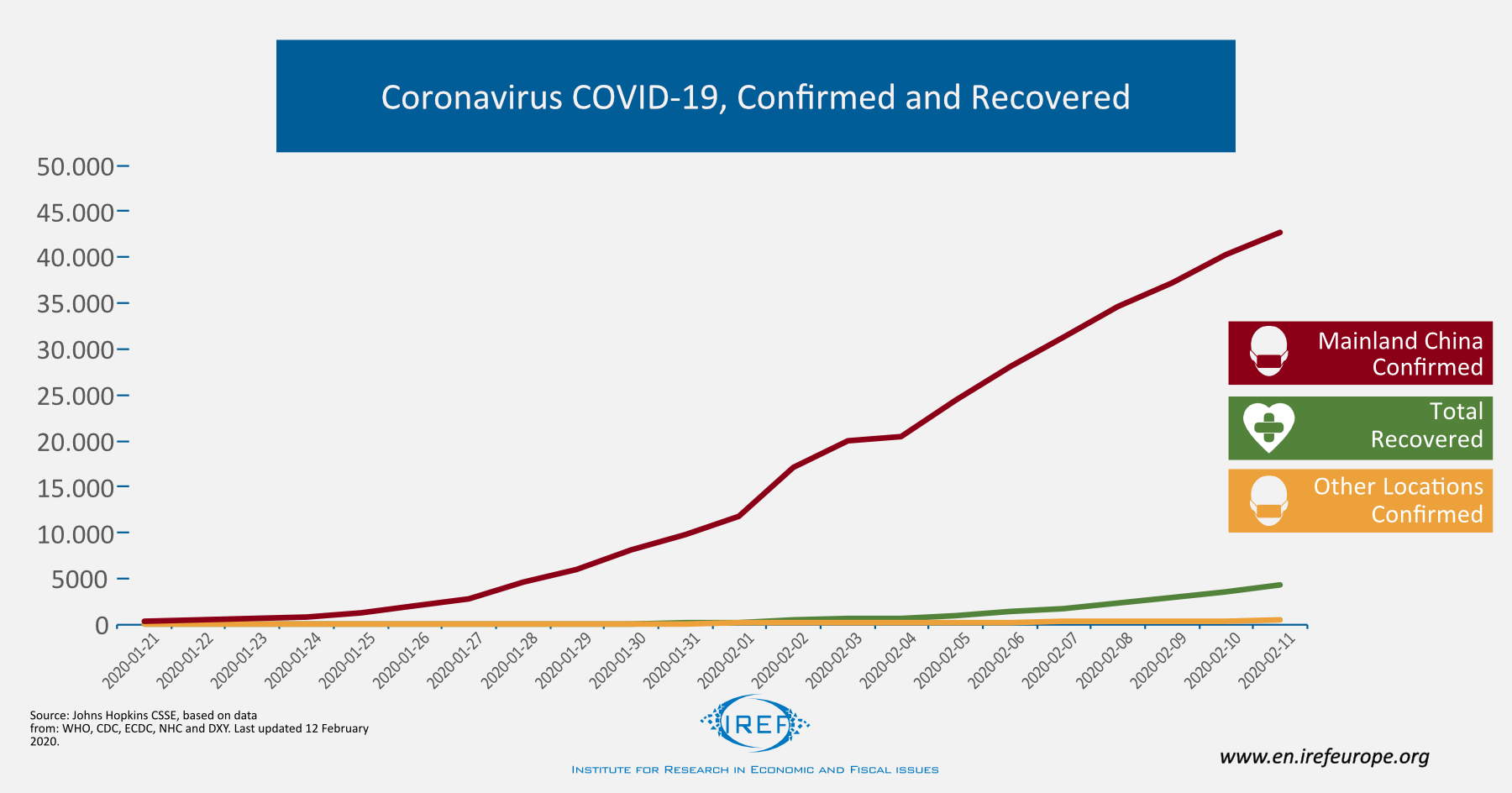 Unintended consequences of the virus.

The first lesson that the coronavirus has delivered is that in a globalized world, borders are too porous to prevent a virus from crossing them. A local threat can quickly turn into a global danger. Two more lessons arise from the first.

One is related with the problem of the international cooperation required to face any threat that is not locally confined. It seems that important leaders are on the way to recognizing this issue. For example, US President Donald Trump has acknowledged the very professional job China is doing in tackling the coronavirus. He also said that he discussed the crisis with President Xi Jinping over a very good phone call, and added that the US and China are cooperating to face the threat. Indeed, U.S. Secretary of State Mike Pompeo has just announced that United States stands ready to spend up to $100 million dollars to assist China and other countries affected by coronavirus. Another lesson concerns the adequacy of some habits, e.g. those related to food consumption.

It is not just about choosing what one wishes for dinner. Of course, what one prefers or does should not matter to others. However, the picture changes if what one does is potentially harmful to third parties. Rules are needed, and are justified by the fact that anyone’s freedom is necessarily limited by the right the others have not to be negatively affected by one’s actions.

A third lesson concerns information. On December 31, China alerted the World Health Organization about several cases of pneumonia in Wuhan. After some days of scant and confused information, the Chinese authorities were forced to be more transparent than during the 2003 SARS outbreak. By the first decade of January, China identified the new virus and made its genome public. The Chinese authorities are currently struggling to contain online outrage over the (mis)management of the coronavirus outbreak. Pressures from abroad have encouraged pressure from within. And demand for more transparency could be quickly leading to a demand for freedom. The wave of anger that followed the death of the doctor who first blew the whistle is a telling example of the new climate that the authorities in Beijing must confront.

Finally, fears about the consequences on the economy – possibly a global recession – show the role and momentum played by globalization and ICTs. New technologies enhance the transmission of valuable information, and eventually enhance cooperation. A lesson that Chinese authorities had better keep in mind. 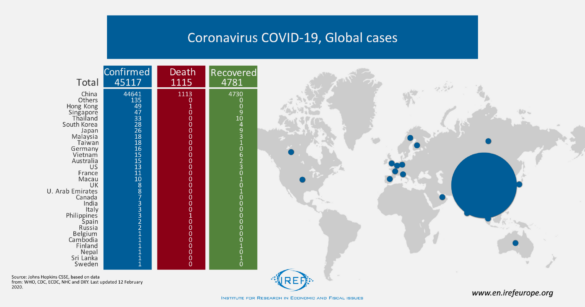 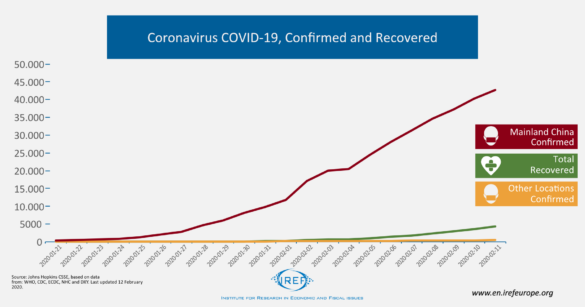