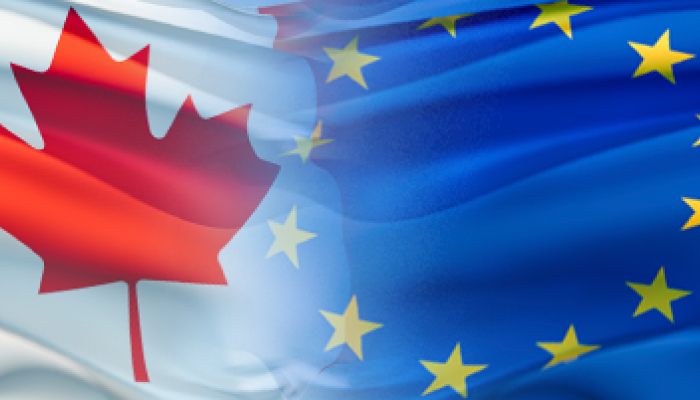 On the 5th of July, just a few days after the UK expressed its intention to regain trade negotiation autonomy with the Brexit referendum, the EU has found itself in a pivotal position. It had to take an important decision regarding the nature of the Comprehensive Economic and Trade Agreement (CETA) with Canada and, this way, provide a signal to the UK (and the rest of the World) that the EU project is not yet defunct. Unfortunately, the EU opted for a mixed agreement. This implies that CETA must be ratified at a national level – and, where necessary, at regional level too -, for a total of almost 40 parliamentary assemblies (only in Belgium 7 different parliaments should give their approval). If just one of the assemblies fails to ratify the agreement, CETA will not be adopted.

But what CETA specifically implies?

The Canadian market is strategic for European companies, since the Union represents the 2nd trade partner of the North American country – after the United States -, while Canada is the 11th partner for the Union. In 2015, the total amount of bilateral trade, mainly represented by EU export towards Canada, reached about 63.5 billions of Euros. In particular, EU export to Canada has increased by 4.3% in the period 2011-2015 – influenced by the significant upsurge of 11.3 percentage points in 2015.
It took five years of negotiations to reach CETA. The agreement will eliminate trade barriers between the Union and Canada and also enhance their economic relationship. If analyzed from the EU side, the agreement provides for:
1. the opening to EU companies of public service markets – at any level of public government, including also provinces and municipalities;
2. the (mutual) recognition of professional qualifications;
3. a system of rules to protect the rights of workers, consumers and the environment.

According to estimates by the European Commission – elaborated in collaboration with the Canadian Government CETA should lead tp a 26 billions of Euro (+23%) rise in bilateral trade flows. EU exports towards Canada are expected to grow by 24% (17 billons of Euro), while Canadian exports to the EU would increase by approximately 21% (8.6 billions of Euro). Importantly, there may be positive effects in terms of employment: according to EU estimates, trading will generate 14,000 more jobs with a relatively high salary – jobs in the export industries tend to be 15% more remunerative than average.

In spite of these encouraging figures, however, some commentators remain rather critical of CETA. For example, the European Consumer Organization highlighted the lack of consideration for consumers’ welfare. It is unclear what legal instruments will be in place in case a buyer finds anomalies on a product made in Canada. Moreover, the consumers’ organization considers the estimated effect on prices to be too marginal and not adequately empirically supported. There is no doubt that having in place a proper system for consumer protection is very important. Yet, prices are not necessarily the key. Rather, the benefits of all trade agreements consists in enhanced competition, which leads to entrepreneurship, innovation and better jobs.

The EU bureaucracy is rather inefficient and cumbersome. Moreover, national interests are ubiquitous and frequently slow down the decision-making process. As a result, nobody really knows how and when CETA will be ratified and what effects it will have on the European economy.
The inability of the EU to provide a unified and efficient approach to international trade agreements has also a clear negative effect on the credibility of the EU for future trade negotiations. Which country would invest in expensive negotiations with a potential partner that will require 40 independent ratifications? This may in particular affect the success of the negotiations of TTIP [Transatlantic Trade and Investment Partnership] – the analogous free trade agreement that is being negotiated with the USA. Leaving aside the issues related to the outcome of the forthcoming US presidential election, the failure of TTIP may very well be an additional arrow in the quiver of Euro-skeptics around the continent and the final blow to the credibility of the European project.